A Place for Elitism 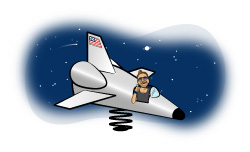 In this presidential election season, as has been the case in recent election cycles, the terms “elitist,” “elitism” and “elite” have been hurled as a pejorative; an epithet from which one must flee. It’s nearly as bad as being pegged a liberal.

Being elitist isn’t a bad thing (and neither is being liberal, for that matter). And in fact, if viewed logically, is a good place from which to make a variety of judgments, be they political, economic, social or aesthetic.

Elites are, in my book (the American Heritage Dictionary), “the best and most skilled members of a given social group;” the ones who possess superior knowledge and achievement.

Being elevated to select or favored group status based on something other than learning and achievement is conversely repugnant. Just because you belong to an exclusive club that restricts its membership to a privileged few, doesn’t make you better than anyone else and shouldn’t afford you special rights or political power. And that kind of elitism—or to be ruled by such an unworthy group—is also deplorable.

But my kind of elitist is a person who appreciates and promotes those who have demonstrated superior abilities and rewards those people with positions of leadership and power. Elitists want the best and brightest running the show, not some slacker schmuck who former Texas Governor Anne Richards once described as someone who was “born on third base and thinks he hit a triple.”

The idea that a run-of-the-mill “Joe Sixpack” is admirable for his being average—just like the rest of us, someone you’d want to have a beer with—and, therefore, qualified to run our country is completely insane.

There aren’t any Joe Sixpacks flying the Space Shuttle, and for good reason. It requires proven technical knowledge, hours of experience and uncommon learning to be any good at it. And while that guy (or gal) may be a barrel of laughs and a “really good person,” I want the person steering that billion-dollar spacecraft to be the best there is, and I’m sure the others on board would, too.

The same holds true for our political leaders and statesmen. Is it really a reason for disqualification if a potential leader prefers arugula over iceberg lettuce? A latte over coffee with cream? A Belgian Browning over a K-Mart 12-gauge shotgun? Personal preference and taste aside, is it so detestable to choose quality over schlock? I want our country’s leaders and my representatives in congress to be able to think circles around the competition.

As my late friend and mentor, William A. Henry III, wrote in his last book, “In Defense of Elitism,” (which I helped research), “The point of elitism is not…to promote envy or to enlarge the numbers of society’s losers. It is to provide sufficient rewards for winning, and sufficient support for ideas that have shaped past progress and that might aid future progress so that society as a whole wins—that is, gets richer, better educated, more productive, and healthier.”

By dumbing down our expectations of leadership and not demanding that those in power be among the best and the brightest—and therefore bring to the job a level of knowledge and experience and ideas that are superior to those of Joe Sixpack’s—we all lose.

So yes, I do place a premium on learning and achievement. And I want those who represent me in this republic of ours to be smarter and more experienced than I am. So in that respect, you bet I’m elitist.
And if those in a position of power and influence are also fun to have a beer with and quick to offer the use of their truck to help you move, all the better. But if they’re not, no big deal; I didn’t vote for them because they’re Joe Sixpack. I voted for them because they bring exceptional knowledge and ability to a job where such qualities matter.