Review: Don’t Judge a Café by its Cover 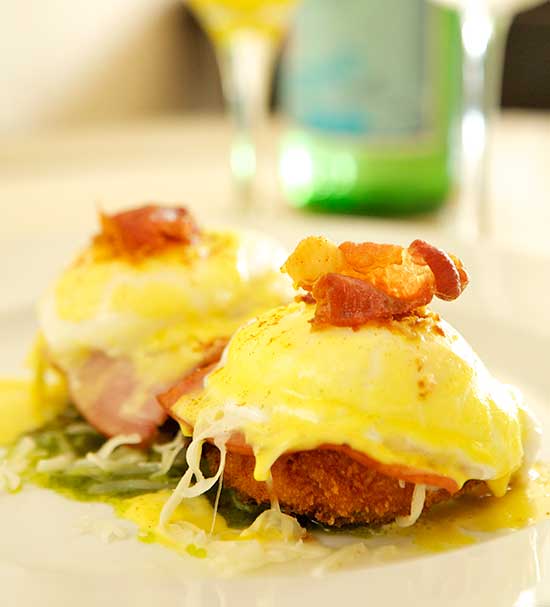 I love discovering a hidden gem, and in this case, maybe even a diamond in the rough. I knew there had to be something to it when my editor kept bringing up this little place she’d discovered in Lafayette called 503 Café.
I’ll admit I was a little skeptical. The menu is…well, eclectic is the first word that comes to mind, with dishes ranging from classic Continental to Asian to South American, and that can sometimes indicate a lack of focus. Then again, the name of the place clearly states that this is “International Cuisine.” And Andra had never steered me wrong before.
Turns out, 503 Café maybe isn’t quite the secret I thought it was, as the dining room was respectably full each time I visited, and clearly the place already has some devoted regulars. From the outside, it is totally nondescript and even a little hard to spot if you don’t know where you’re going. Inside, the décor is nice, if minimal, and there’s a bar with TVs showing sports, and they received their liquor license prior to this issue going to press.
For dinner, we started with the impressive grilled Caesar salad. Whole hearts of romaine are quickly seared on the grill and served with house-made dressing and croutons. My husband was over the moon for this one, loving the smokiness that the grilling imparted, and claiming it gave the salad a “meaty” flavor. Off to an excellent start, but the real delight came with the main course. Our chicken marsala and chicken piccata were beyond excellent, rivaling dishes I’ve had in much fancier restaurants. The chicken was perfectly cooked, the sauces were rich and generously flavorful, and the sides of Parmesan risotto and garlic mashed potatoes easily as tasty as the meat. Talk about a lesson in not judging a book by its cover!
I returned for lunch with friends to try other intriguing dishes. We enjoyed the zucchini pupusa, and I thought it was a reliable version, complete with tomato dipping sauce and slaw. The pad Thai was also a tasty take, as good as many take-away Thai places I’ve had, with a nice balance of sweet and spicy. But the real marvel was the eggs Benedict, served with polenta cakes rather than English muffins on a bed of rich pesto and topped with ham, perfectly poached egg, and a creamy Hollandaise sauce studded with pancetta. Wow is about the only reaction I had.
While the service was always attentive and friendly, there were a few hiccoughs in the operation. On each of the visits I made, there were major changes to the menu: specials added and items that had run out or were unavailable. That’s the name of the game, especially with a place still tweaking its menu, but I would have preferred if the servers had announced all the changes up front, rather than waiting for us to order an item to say that it’s no longer on the menu. Heck, even a blackboard with menu updates would help to alleviate the awkwardness.
But it’s a testament to the quality of the food in this interesting little joint that I’d be willing to overlook the bumps in service and head back to this café for more of their excellent international cuisine.