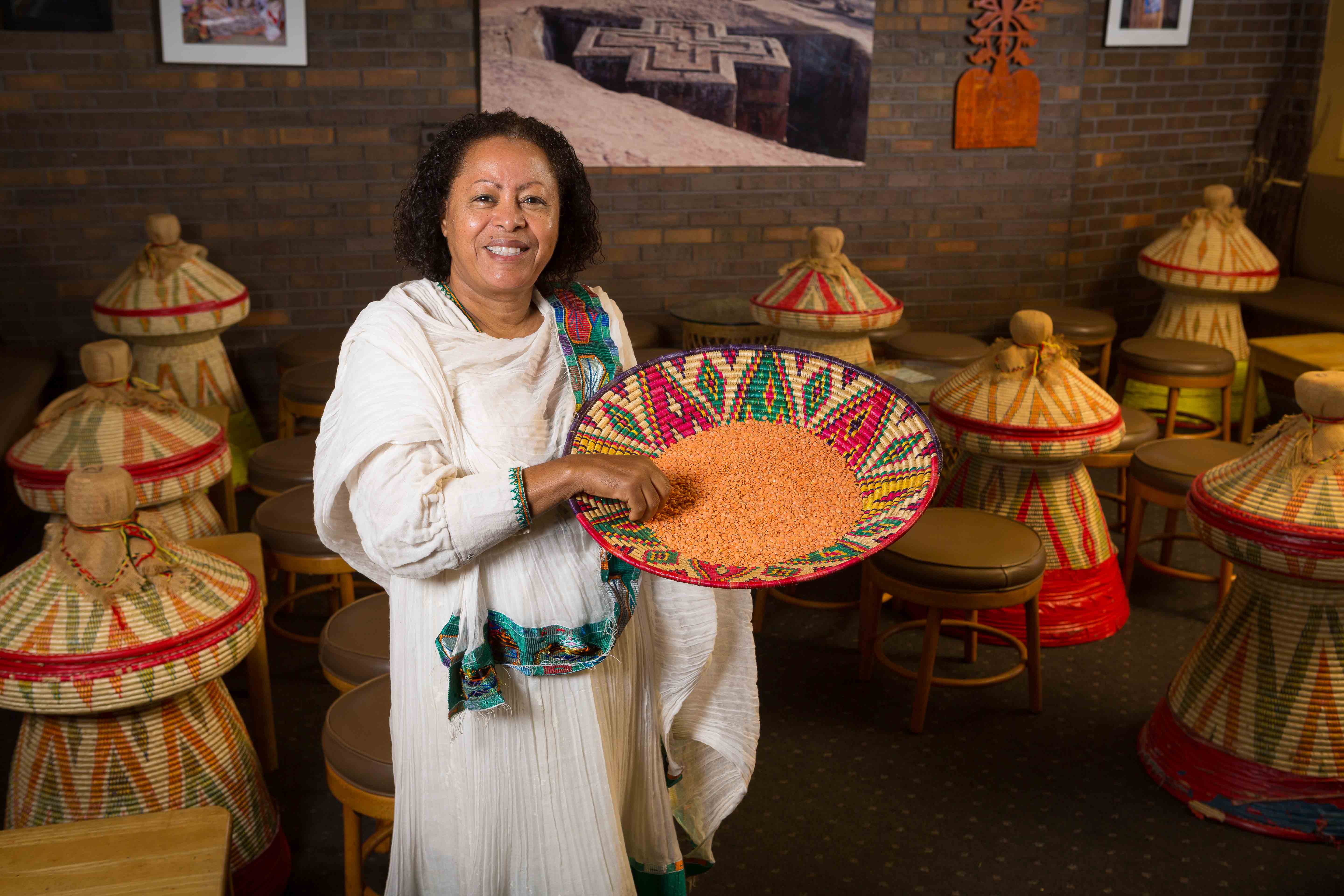 Ethiopia is about as far from Colorado as you can get without coming around the other side. And in the mid-1980s, Tsehay Hailu made that 8,000-mile trip, intent on moving to the West Coast—but one look at the Flatirons convinced her to stop her search early. After spending time in the food industry, she decided to bring the cuisine and culture of her home country to Boulder. And now, over 25 years later, she’s still serving up traditional Ethiopian fare, offering a culinary experience as far from American as you can get: no forks, knives or spoons—just hands, bread, and honey wine.

At Ras Kassa’s, you can enjoy delicacies from one of the very few nations with pure traditional cuisine. Unlike every other country in Africa, Ethiopia has never been colonized by invading European powers—this has preserved the Ethiopian dinner table as a perfect time capsule from the beginning of its culture. For centuries, diners have used their right hand to tear off pieces of injera, a traditional sourdough flatbread made from grass flour, and then used it to scoop up rich, spicy Ethiopian stews made from meat and lentils or sautéed vegetables. Then, they pop it in their mouth. Or someone else’s mouth.

“As we eat together, people feed each other. Whether it’s two people or a large group, it’s a way to show compassion to a friend—or even someone you don’t know,” Hailu says. “We all just join in. To feed someone is to love them.” Hailu might be a tiny woman—her head just barely reaches your shoulder—but her smile is huge and her bright laugh fills the room.

The recipes that she uses in her kitchen have been handed down from mother to daughter for generations. “Each dish is something I’ve grown up with,”Hailu says. “You follow one taste you had as a child and recreate it for your family and friends.”

Food is more than just a meal in Ethiopian culture. Often lasting over two hours, dinner is a time to chat with friends and share the events of the day. And after washing down plates of food with glasses of shiraz from South Africa or locally made honey wine, every meal ends with fresh-roasted coffee paired with burning frankincense—a traditional aromatic resin harvested from neighboring Somalia. Since coffee originated in Ethiopia, the basis of the tradition is buried by thousands of years of history. “No one can tell me why we do it, but everyone does it all the time, every time,” Hailu says. “When guests knock on your door, the first thing you do is prepare the coffee for the end of the meal.”

The Ethiopian culture may be immune to colonial takeover, but it still feels mounting pressure from globalization. “Food is food. We need it,” she says. “But as the world changes, the food changes—and you can’t stop that. It’s so important to adapt, but still keep the traditional way of serving food to your friends and family.”