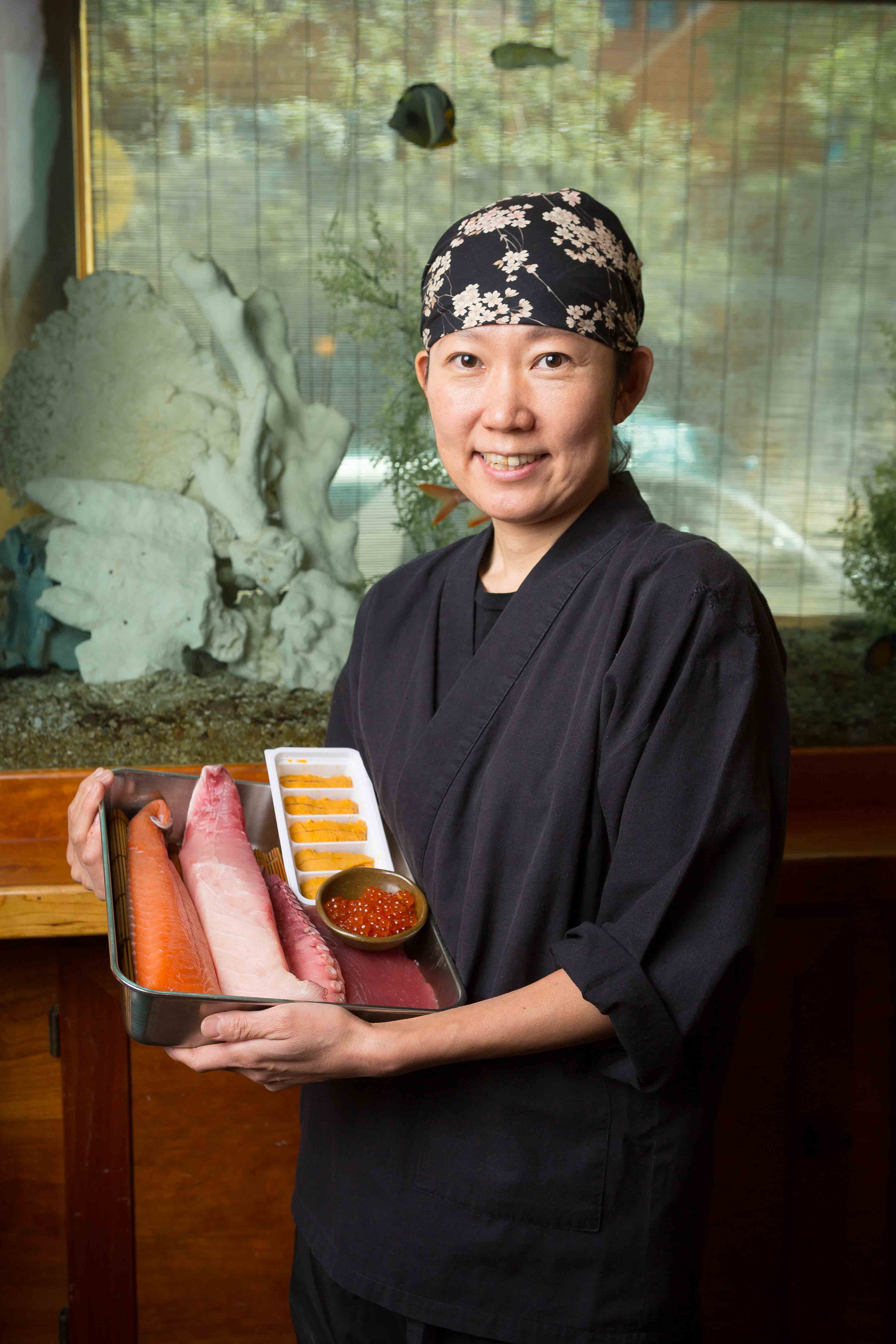 Yuki Sanda can’t stop giggling when Yellow Scene talks to her. This can partly be put down to the fact that she’s nervous, English being very much her second language. But she also strikes us a naturally bright, happy and bouncy person. This energy, along with a lot of determination, has helped her become one of the best, and indeed one of the only, female sushi chefs in the United States since arriving here from Osaka, Japan in 1995.

Traditionally, sushi chefs are male. Sanda says that there are a variety of reasons for this although, in this day and age, they all seem a little out of date. “They say that the temperature of a woman’s hands is a little bit warmer,” she says. “Also, the cosmetics that women wear can affect the food.”

This doesn’t seem to hold much water. Some females have extremely cold hands, and surely it’s easy to just not wear make-up when preparing sushi. Thankfully, Sanda’s boss saw her potential when she applied for a kitchen assistant position, and convinced her to try her hand at sushi.

“It’s been very challenging,” Sanda says. People are not used to it. They’re not angry, just very surprised. But I’ve been doing it for 20 years now.”

Traditionally, sushi chefs are male… “They say that the temperature of  a woman’s hands is a little bit warmer.”

It’s a testament to the open-mindedness of Colorado and the United States versus the relative conservativeness of Japan than Sanda is able to work in – and excel at – her chosen field. It seems silly in this day and age that we’re discussing the gender of a chef at all, but ethnic cultures are a delicate thing. Who are we to say what’s wrong?

The flip side is that Sanda feels a duty to inform American sushi-chowers that Californian rolls are not really sushi. “Americans love their mayo and crab,” Sanda says. “Sushi is different in Japan, and it’s just a matter of getting used to it. People make mistakes here though – they put too much wasabi and soy sauce on the sushi, and that means that you can’t really taste the flavor of the fish.”

Take that as a lesson. Meanwhile, Sanda says that the sashimi is her personal favorite dish on the menu. “There are so many varieties of fresh sashimi from Japan,” she says. “I really like preparing that.”

She’s right too; the joy of great sushi, and the sushi served at Sushi Zanmai in particular, is the simplicity – the clean, fresh smell and taste of the fish with some room temp rice. Done right, the food is highly addictive. The fact that it’s being prepared by a woman is really neither here nor there. Still, Sanda has some sound advice for other females looking to get into the field.

“Don’t put on too much make-up or nail polish,” she says. “And don’t be afraid.“