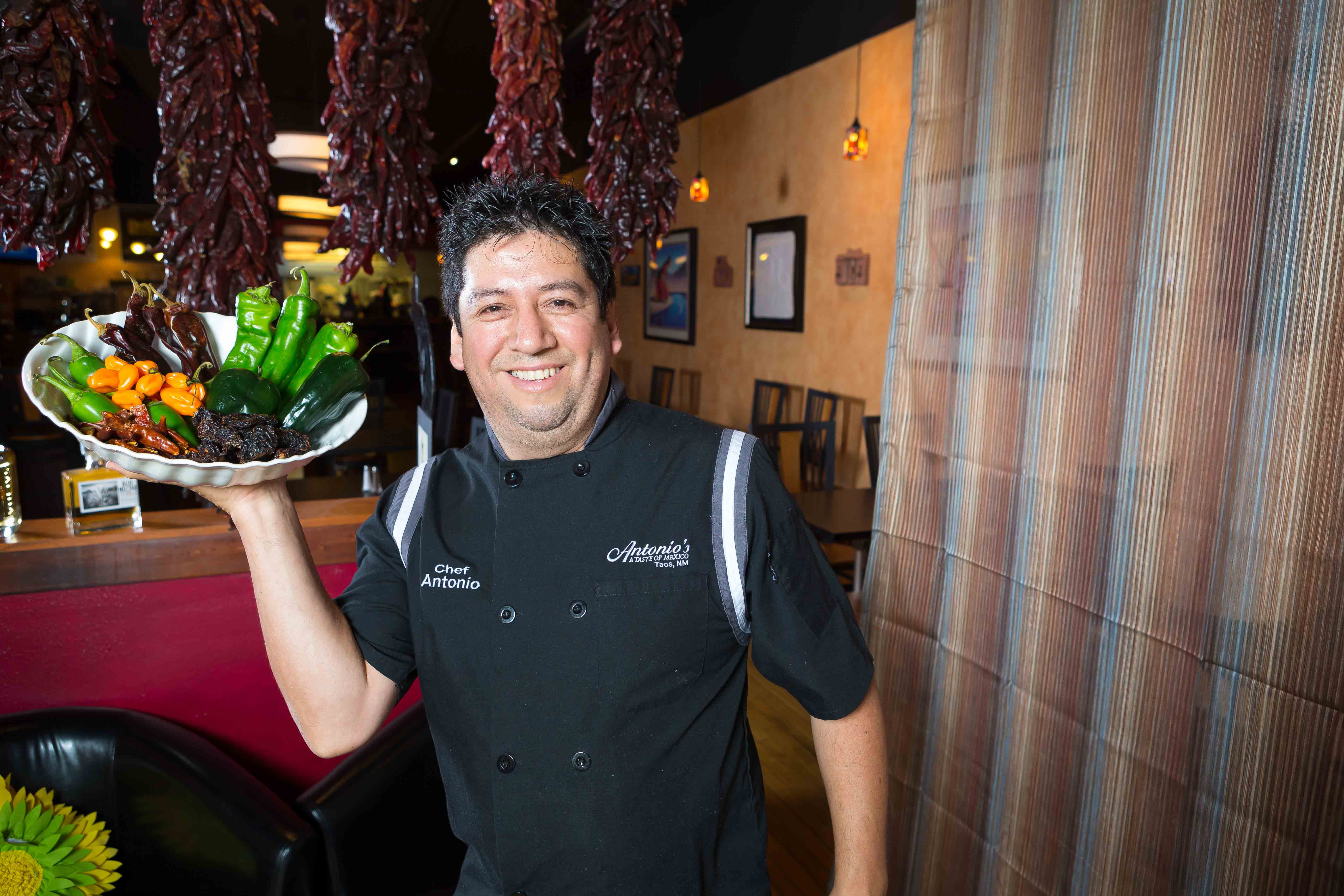 When it comes to traditional Southwestern food, Antonio Matus doesn’t mess around. The likable man from Veracruz, Mexico, with the laid back smile, gets fired up when discussing his desire to educate Boulder County about the fact that Mexican food doesn’t just mean tacos, enchiladas, burritos and chimichanga. When Scottish comedian Billy Connolly said that, “No matter what you order in a Mexican restaurant, you get the same thing – it’s just folded differently,” it was obvious that he had never eaten at Antonio’s (or in Mexico, for that matter).

Matus opened Antonio’s in Longmont one-and-a-half years ago, after owning restaurants in Taos, New Mexico, for 13 years. He moved to the United States from Mexico in 1994. “I always worked in restaurants, for close to 20 years,” Matus says. “I used to live in Cancún for five and a half years, serving tables, then I became a manager of a Carlos ‘n Charlie’s restaurant. After that I came to the United States, and I worked in Taos in most of the restaurants that are there. Several years later, I opened my own restaurant in Taos. There was a time when I actually had three restaurants there. I wanted to get out of Taos because its very seasonal. That’s moved over here to Colorado.”

A quick glance around Antonio’s is enough to reveal that this isn’t your typical divey Mexican joint. Antonio’s is a high-end, classy restaurant that caters to lovers of both traditional Mexican cuisine, and the food more closely associated with Taos, New Mexico.

“In New Mexican food, the only sauces that they usually use is green chile and red chile. In Mexico, we have unlimited variations of salsas. You can create as many as possible. That’s the difference: Mexican food is not just about tacos and enchiladas and burritos. We have a lot of beautiful cuisine from different states of Mexico. We here have cochinita pibil, which is the most traditional plate. We have ceviche, which is fish from Veracruz where I’m from. We also have a chile relleno en nogada, which is the most traditional plate in Puebla, Mexico. So we kind of have certain dishes from different states, different dishes in Mexico, and that’s what people know us for. People have been in Mexico traveling, and they know the variation of food that is down there in Mexico. Its not just tacos and enchiladas.”

“In Mexico, we have unlimited variations of salsas… That’s the difference: Mexican food is not just about tacos and enchiladas and burritos.”

While we are not exactly short on Mexican restaurants here, Antonio’s stands out thanks to Matus’ use of the freshest ingredients, a desire to offer healthy options (a no-brainer in this state), and the food that he is best known for – Taos-style cuisine.

“When you find a Mexican restaurant that serves seafood enchiladas, they’re not usually going to serve you lobster and king crab on top of them,” Matus says. “You’ll usually get low-price seafood like some small shrimp – something that isn’t high-end. We put half a lobster tail on top with a piece of king crab. I don’t think anybody’s going to do that in the whole world. I like to use upscale meats and game. Sometimes I like to use buffalo and elk – you don’t see that in many traditional Mexican restaurants.”

And then, of course, there are the gluten-free options. “Only three or four items on the menu are non-gluten-free,” Matus says. “On the lunch menu we have stuff that isn’t gluten-free but on the dinner menu, almost everything is gluten-free. That’s what we like to offer to customers.”