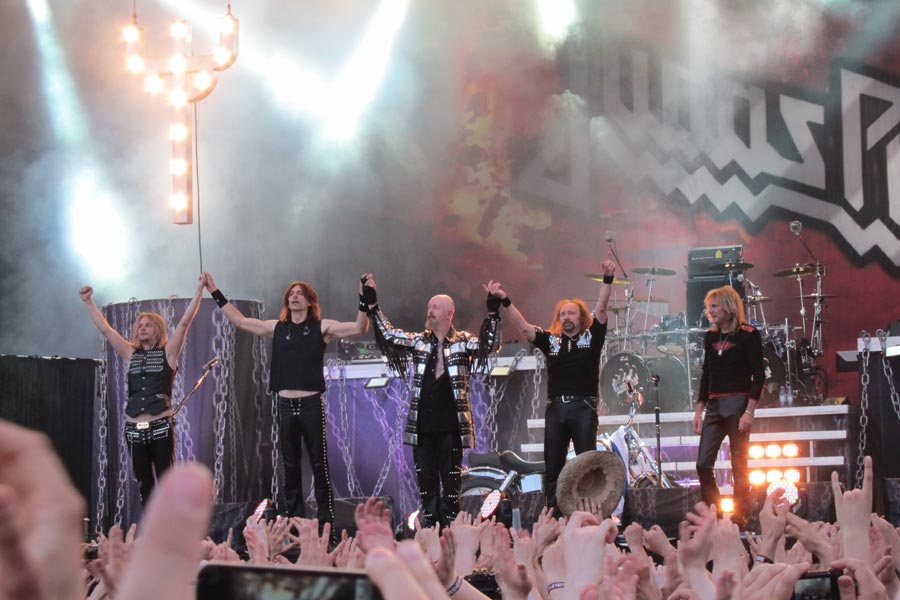 When it comes to the holidays, it seems the entire month of the December is dedicated to the unending revolving door of local and family traditions built up over the years. From open-air holiday markets to community tree lighting ceremonies to reunions of old friends and family, it’s likely most of your plans fall into place long before the first leaves fell in September. And another important addition to your reverie is the yearly Hazel Miller Holiday Show. A mainstay on Colorado stages for decades, Hazel’s a much-beloved singer who’s soulful sound is best known gracing the stage and albums of Big Head Todd and Monsters, but who’s also commanded many stage on her own through the years. At Nissi’s (2675 Northpark Dr., Lafayette), Dec. 11, 7:30 p.m.. Tickets are $12. Check out nissis.com for more info.

And while we’re on the subject, few acts have drawn more attention to Colorado music than Big Head Todd, legitimately the first superstar act to come out of our fair state thanks to the platinum-selling status of their 1993 release, Sister Sweetly (Giant Records). Since those halcyon days, the quartet may have stopped selling out arenas and stadiums, but they continue to put on a top-notch show. Currently touring on their 13th release, Black Beehive (Shout! Factory), the group grew their blues-rock jam sound into something a little bluer and bolder, hookier and poppier, and it’s one of their best efforts to date. See them at the Boulder Theater on Dec. 27 at 8 p.m. Tickets are $45. Check out bigheadtodd.com for more information.

Leftover Salmon’s been delivering its patented brand of polyethnic Cajun slam/jam grass throughout the Centennial State for a quarter century now. It’s not a leap to refer to the sextet as the elder statesman of the Colorado jamgrass scene — pioneers, in fact, who’ve spawned such a legion of followers that an entire industry now revolves around the scene they manufactured. And despite the death of founding bassist Mark Vann in 2002 and a 3-year layoff from 2004–2007, Leftover Salmon remains atop the scene they built. See them on their 2-night stand Nov. 28–29 at the Boulder Theater. Doors at 8 p.m., tickets are $28. leftoversalmon.com for more information.

To be honest, when you do the math, it’s kind of startling to realize Judas Priest launched their career 45 years ago. Though the lineup has seen more than its share of turnover, the Birmingham, England metal quintet managed to inspire pretty much every single like-styled act that launched in their wake. There’s a reason MTV ranks them the number two heavy metal act of all time, second only to Black Sabbath. Meanwhile, Judas Priest only cracked the U.S. Billboard top 10 this year with the release of their 17th album, Redeemer Of Souls (Columbia Records). In other words, they’re only just hitting their stride, four and a half decades into their long walk. Catch them Nov. 19 at the 1st Bank Center (11450 Broomfield Ln, Broomfield) at 7:30 p.m. Tickets start at $45. For more info: 1stbankcenter.com

Denver has something really big coming. This project is still in the early phase, but they’ve already raised most of the money needed for Levitt Pavilion — a non-profit, world-class amphitheatre under development in Ruby Hill Park in West Denver that will guarantee 50 free, diverse concerts a year. On Nov. 17 at The Oriental Theatre (4335 W 44th Ave, Denver), the board of directors for the Friends of Levitt Pavilion host a forum to bring together musicians, journalists, promoters, bookers and fans from around the state to discuss the project and help design the facility’s green room. Free and open to the public, with an all-star jam of some of the state’s top players to close it all out. Doors open at 6 p.m., bring your axe. For more info: levittdenver.org.

Women on the Verge of a Nervous Breakdown

Equinox Theater Company is producing Women on the Verge of a Nervous Breakdown, a musical, at the Bug Theatre weekend nights through the end of Nov. Tickets are $20, curtain at 7:30 p.m. Here we catch up with director Colin Roybal for a quick chat on the project:

Yellow Scene: Why choose Women on the Verge?

Colin Roybal: The challenge. The music is beautiful and complex and the show itself is vibrant and lively. The combination makes for a very intricate production and really challenges the performers.

YS: How’d you keep it from feeling dated?

CR: The show is based on the 1987 film, and is set in the same time, but the music feels more modern. The actors added a nice personal touch to all the characters, and brought new life to the storyline. The stage adaptation also allows for more “stage magic” than just watching the film.

CR: Equinox has found a place in the Denver theatre community for productions that nobody else in town is doing. We challenge our audiences, actors, and creative team with the productions we offer. Even if a show is thought of as “dated,” Equinox brings a new spin and new life to the piece, and our audiences have come to trust that we can always offer something a little more special than Denver’s standard fare.