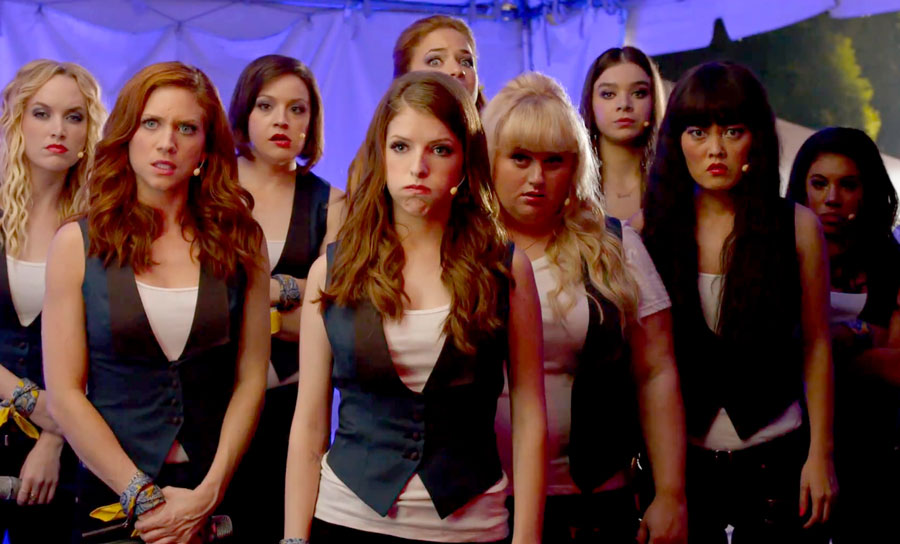 Going into the theater to watch Pitch Perfect 2, I had my reservations. The first film was funny enough to let it stand alone, and I can’t remember the last comedy that followed up with an equally funny movie. To me, this sequel seemed almost doomed from the go. How much can viewers really watch a group of girls trying to piece together top 40 songs into a winning number in an acapella contest? Surprisingly, I was entertained from the beginning. G

The film, directed by Elizabeth Banks, did a great job balancing the jokes, some of which were carried on from the first film, with the right amount of music. In fact, the storyline was pretty good. After the all-girl acapella group disgraces their name in front of President Obama, they are banned from all acapella competitions, except for the international championships, which becomes the newest mission for the group.

The sequel boosts the jokes with just the right amount of camp. It amplifies the performances with a new German group that love mesh shirts and have a flair for the dramatics. Add a few celebrity cameos with Snoop Dog, David Cross and the Green Bay Packers. It sticks to its roots, even if it did lose the underdog feel the first film had, but when you’re the best in the nation, you’re not really the underdog anymore.

The characters in the film are branching out into their own lives, with Fat Amy (Rebel Wilson) having a friends-with-benefits relationship with old rival Bumper (Adam Devine). Beca (Anna Kendrick) is looking for something to do after graduation and time with the Bellas comes to an end. Her commitment to the Bellas is tested by her internship at a record label, which had some of the best scenes in the movie. There’s even some new Bella blood in the form of an aspiring songwriter and Bella legend Emily (Hailee Steinfeld).

The best thing about this movie is that it pokes fun at itself. Some of the jokes were repetitive from the first film, but the self-aware puns made about the Bellas who didn’t have a speaking role in the first film, were a definite highlight.

Pitch Perfect 2, which has raked in nearly $80 million since it premiered over the weekend, didn’t disappoint. Go see this film then sneak into Mad Max: Fury Road.