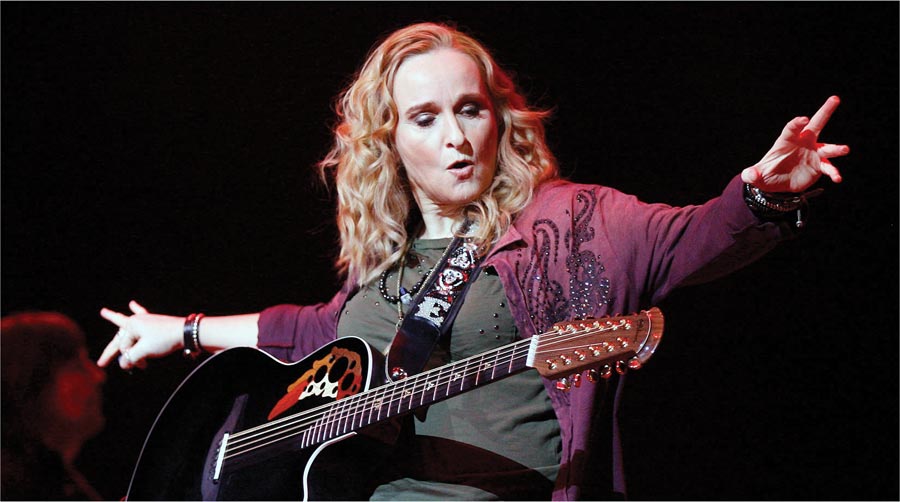 Songwriter, multi-instrumentalist, rocker and activist Melissa Etheridge plays both Denver and Boulder, as well as an in-between date in Aspen, in August, so we had a brief chat with her to get the lowdown…S

Yellow Scene: Are you working on a follow up to This is M.E.?

Melissa Etheridge: You know, I just started but the industry’s so different now that this album is just starting to get traction. We’re really working on touring and getting it out there to North America, to Europe and Australia. That’s foremost right now, so I’m not sure when you’re going to hear new stuff, although I have been working on new stuff.

YS: You’re touring with Blondie and Joan Jett, which teams up three very different musical acts. How did that come about?

ME: I’m so pleased with those gigs that I’m going to do in July. I changed my agency representation in January, and they put it together in a couple of weeks. I thought it was so cool – I don’t know why nobody thought of it before. Hopefully, we can do more shows like that. I’m really looking forward to it.

ME: I love Colorado. I’ve been there many times. Colorado in the late 1980s is one of the first places where my first album was huge. I’ve got a great following in Colorado. I remember the first place I played was a place called the Boulder Coast in Boulder. I’ve played so many places, and I’m looking forward to coming there with your new cannabis laws. I’m looking forward to seeing what it’s like there, because we’re getting ready to do that here in California and I’ve got my own dispensary here. That’s going to be fun.

ME: Well, this is my solo show. I’m always doing the songs that people love. I’ll always do the hit songs, and I’ve got a few of those. This is me solo, and it’s a lot of guitars on stage. I use some looping, and I play keyboards. It’s a rocking show and, if you love the songs and enjoy me as a performer, this is the espresso version. It’s really intense. It’s great. I’m not playing with Joan Jett and Blondie in Colorado.

YS: When this tour’s done, what do you have planned for the rest of the year?

ME: Well, the tour isn’t done for a long time. I have a little bit of September and October off, and then I go back out in America in October, November and part of December, and then I’m home for the holidays. Then I go to Australia and New Zealand in January. I’m touring for a while.