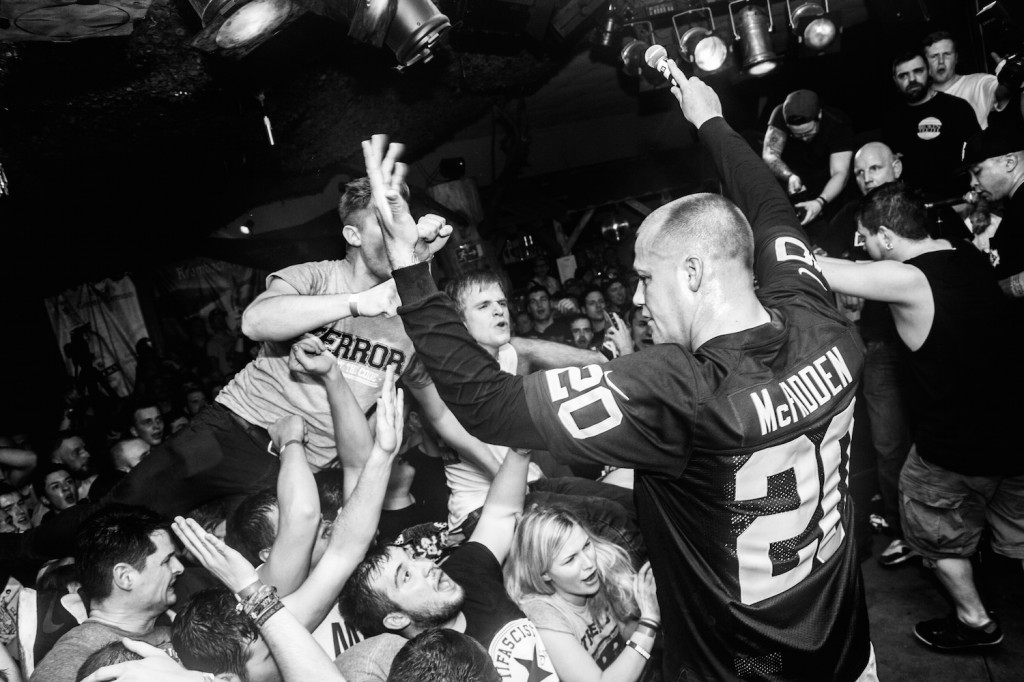 LA hardcore punks Terror will play the Marquis Theater on December 14, so we chatted with singer Scott Vogel.

Yellow Scene: Your new album The 25th Hour, came out this year – are you happy with it?

Scott Vogel: Extremely. You hope as a band every record you put out is your best and I think generically you say it’s your best, but I like every record we’ve done. I can put them in order, and The 25th Hour would be closer to the top than the bottom. But I’ve got a soft spot for all the records. Different times and places, things we did, and different line-ups. It’s hard to say it’s the best or whatever, but I think for where this band’s at right now for how long we’ve been around and how much stuff we’ve put out, the thing I like about it the most is that it’s really stripped down and raw. That was what we wanted to do. Our last two records were a little more slick and produced, and this one’s just really raw.

YS: What do you think of the current state of the punk scene in LA?

SV: I go to as many hardcore shows as I can when I’m home. We’ve been home for a while so I go to shows a lot, and it’s really cool because it’s an interesting time right now. A lot of the older bands are coming back and playing that people a little bit younger have never seen. So that’s one side of things – you get to see these bands that were kind of like a legend or myth. But there’s also on top of that a really strong surge of brand new fresh bands. So it’s a really cool time to have a mix of those. I’m open minded – I like different types of music. I go to see hip-hop shows, and I see really small hardcore shows or shows that have up to 1000 kids. I’m at a point where I don’t leave my house too much to do things – I don’t like going to bars. But shows are the one thing that get me out of the house.

SV: Definitely. The Marquis Theater in Denver has always been good to us and even Colorado Springs and Fort Collins have been great. It’s a place that, when we headline, which isn’t all the time, we always make sure we come there.

SV: We haven’t toured since the new record came out, so we’re very, very excited to play some of the new stuff. We have the old songs that we want to play, so it’ll be a nice mix. The bill that we put together for this tour, we were supposed to come through in the summer and do the “Life and Death” tour which we ended up canceling, so we wanted to put together a comparable bill to that. We’re the kind of band that plays with different genres of band, but this time we kept it to straight up hardcore bands. I think it should be an energetic and full-on show.

YS: When the tour’s over, what’s next?

SV: We do this up to Christmas. After New Year’s, wo go to Europe on the Persistence tour with Ignite and H2O. That should be really cool also.