A brief chat with Gang of Four 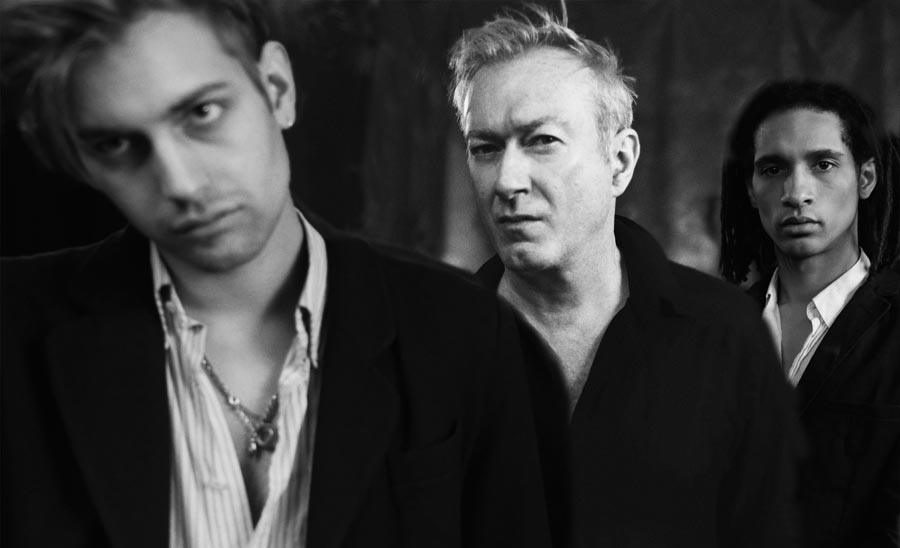 On and off since 1977, Leeds (UK) post-punk band Gang of Four have enthralled many and possibly confused many more with a stunning sound that fused punk and funk way before it was cool to do so. The first two albums, Entertainment! and Solid Gold, contain some of the best, if under-appreciated, UK punk tunes. Guitarist Andy Gill has always been the main songwriter, and so he remains. In fact, he’s the one original member left but don’t make the mistake of thinking that GOF are no longer relevant. The band’s latest album, What Happens Next, is an excellent piece of work, thanks in part to new singer John “Gaoler” Sterry plus a few notable guest vocalists. We spoke to Gill to discuss the new album and the forthcoming tour.O

Yellow Scene: What has the band been up to of late?

Andy Gill: We did a kind of original line up reunion thing around 2007. Jon King [original GOF singer] was at that point out of music and was working with an advertising agency. He was the boss there. He wanted to do another album, which became the album called Content. That was released in 2011. I spent a couple of years writing and producing that record. We did a few dates. We did a little tour of America, Australia, New Zealand, and then he wanted to pack it in and pursue his other interests, at which point I was, having done Content and being very excited by it, I wanted to get on and do a new record. So I pressed on and did this new record.

YS: How did you set about picking the vocalists?

AG: I wanted to work with different people and to enjoy the situation, and to be inspired by it. There was no plan, I didn’t sit there thinking about it. It was all very serendipitous. For example, Gaoler (John Sterry) – I had songs on the go with my own rough vocals that I had done, and then I wanted somebody to come in and sing them properly. Juts demo them, so I could see what was going on. My manager suggested Gaoler, and sent him down to the studio. So I worked with Gaoler, and I thought it was amazing. Great voice. I did quite a bit of work with him, and he ended up doing the majority of the songs on the record. Herbert [Gronemeyer, star of Das Boot] is an old friend. He asked if I’d like him to do something on the record and I said I’d be honored. He’s an amazing singer. I’d done a bit of production with the Kills, and it was completely natural to ask Alison [Mosshart] if she wanted to do something. There was no grand plan – it just happened the way it did.

YS: Do you have plans to tour the album?

AG: All of March, we’ll be in the States, and then next September too. Gaoler’s singing live, and me of course.

YS: Does the new album capture the spirit of Gang of Four?

AG: Very much so. With Gang of Four, I’ve always written all the music – the drum parts, the bass parts, the guitar parts, the vocal parts – I’ve always put those things together. It’s just me doing what I want to do. In many respects, I haven’t tried to make it different to previous Gang of Four stuff – I’ve just pursued what I felt was the right direction without worrying too much about it. I’m not trying to please old Gang of Four fans who love Entertainment! or Solid Gold. I’m not trying to please them. I’m just trying to pursue what I think is the right thing to do at this point in time. The interesting thing for me is that, in the last few weeks as people have been hearing this stuff, they’re all coming to me saying that it sounds just like Gang of Four. Well yeah, that’s because I wrote all the music. It’s the same guy.

AG: I’ve got half of the next record written. The ridiculously long periods of time between records has been a bit long, so I would like to get the next record out fairly soon. Possibly an EP, in the spring. Otherwise, a release in spring 2016.