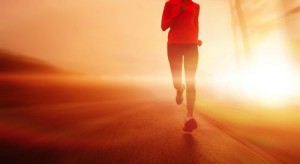 The Austrailan government won the world’s riducle six months ago when they posted a series of anti-pot commercials featuring a lazy Stoner Sloth character claiming, “Weed’s not exactly a performance enhancing drug.” Our own country’s reefer madness rhetoric hasn’t been far off: less than a decade ago, the Above the Influence campaign featured a girl melting into her friend’s couch, too lazy to move. Now that legalization is no longer theoretical, we can set the record straight — and there’s nowhere that smashes the lazy stoner stereotype like an old triathlon record the way that Boulder County does.

Our love for the herb is self evident. In 2014, Boulder County dispensaries sold 2.5 tons of herb. With a population of about 250,000, that’s equivalent to every single adult in the county toking about 9 grams that year. Of course, the actual reported adult marijuana use rate closer to around 15%, so actual Boulder dispensary customers probably puffed closer to 60 grams apiece. Some estimates add as much as 50% more home grown herb being produced and privately consumed in the county without state tracking, which would bring our per capita adult average closer to a half-ounce each.

If concerns about activity levels and herb consumption hold any water, we’d expect Boulderites to be lazy and unfit relative to areas with much lower consumption, but Boulder is consistently ranked among the fittest cities in the US. The Huffington Post ranked it the most ‘fitness friendly’ in terms of accessibility to fitness professionals and facilities as well as healthy food options. As for the laziness of our stoned neighbors? The Robert Wood Johnson Foundation’s County Health Rankings reports that 90% of Boulder County adults make time to exercise. Need some contrast for reference? In Alabama, where no more than 4% of the population reports using cannabis, only about 62% of adults engage in leisure time physical activity.

Cannabis might not make you lazy, but what impact does it have on overall fitness? To answer this question, we’ll define fitness as a doctor or health pro might — if being unfit is having an unhealthy heart and carrying extra weight, fitness can be examined as a combination of cardiovascular health and body composition.

According to the American Heart Association’s reports from this year, “lifetime use of marijuana … was not associated with incident [coronary heart disease] or [cardiovascular disease] in middle age.” While herb is unlikely to hurt your cardio routine, it may actually protect your heart: a 2013 study in the Journal of Biochemical Pharmacology concludes, “A single ultra low does of THC before ischemia [inadequate blood supply to the heart] is a safe and effective treatment that reduces myocardial ischemic damage.”

As for the lungs, a 2015 Emory University study concluded, “In a large cross-section of US adults, cumulative lifetime marijuana use, up to 20 joint-years, is not associated with adverse changes in spirometric measures of lung health.” First, the term joint-years is a fantastic scientific way of discussing how long you’ve been puffing. Second, pot smokers can breathe easy—which is no surprise to anyone who’s seen a three-foot bong rip.

But what about obesity? Surely the stereotypical munchies have to accumulate somewhere. The American Journal of Epidemiology glibly concluded in 2011, “The authors conclude that the prevalence of obesity is lower in cannabis users than in nonusers,” finding almost 35% lower obesity rates among cannabis users as compared to non-users. A 2015 study in the Journal of Addictive Diseases found that while 29% of the subjects with healthy weights had used cannabis, an average of only 17% of the obese subjects had, leading to the conclusion that cannabis use may discourage unhealthy eating.

Another 2015 study found that chronic smoking may actually keep weight off. “Chronic THC treatment reduced energy intake and prevented high fat diet-induced increases in body weight and [fatty tissue].” In other words, rolling enough fatties may keep you from becoming a fatty.

What about working out a little blazed? Anecdotally, some athletes say it helps them focus and ignore physical discomfort to push performance, while others say it saps their motivation to work out. Still, elite athletes from triathletes to UFC fighters swear by the herb as part of their fitness-focused lifestyles.

Athletic performance coach Ben Greenfield and Biomedical Engineering PhD Alyssa Siefert looked at the literature and concluded that because cannabis effects so many of the body’s systems, its utility on the activity. “[A]n endurance athlete may benefit from the pain-numbing and bronchodilatory effects of marijuana to get through a tough training session, and a UFC fighter who is using THC in moderated doses could actually be able to experience a combination of pain-killing, creativity and focus.”

In official terms, cannabis is considered an ergolytic (performance reducing) drug, because it doesn’t offer any short-term physiological advantages in terms of energy metabolism, muscle fiber recruitment or otherwise enhance the body’s performance. So while puffing pre- and post-workout can be beneficial, it’s probably best to skip the pre-competition tokes ‘til after the awards ceremony.

For training, though — especially long duration cardio like running and cycling — athletes are coming to swear by the herb. Men’s Fitness featured a past gold medalist of the New York City and South Beach Triathlons who says the right herb, “slows my thought process down so I can evaluate things as they come to me, one at a time. It gives me a beat in my head that I can follow when I run.” And when it comes to swimming? “I understand people who don’t want to race high because of the swim. But to be honest, there’s nothing better than swimming as high as a kite.”

When it comes to weight training, cannabis is an extremely popular option for rest and recovery. While there aren’t many strength athletes showing up red-eyed to attempt to break their squat records, and many lifters avoid cannabis immediately before and after workouts to prevent temporary testosterone disruption, weightlifting blogs and forums like Barbell Academy talk about using cannabis to increase focus and the mind-body connection while promoting more complete rest and stimulating an appetite for the increased caloric intake growing muscles demand. And who could forget the classic scene of Arnold Schwarzenegger puffing his victory joint in Pumping Iron?

So there you have it. Stoner sloths aside, there’s no conflict between regular cannabis use and an active lifestyle. In terms of physical fitness, research shows it’s unlikely to harm your heart and lungs, and may even be beneficial for your body mass index. When it comes to working out, it’s fast becoming a favorite for everyone — from yoginis to runners to body builders — for the herb’s ability to keep the mind focused while the body is under extreme exertion, so next time you’re taking your supplements before your stretching routine, consider trying out your favorite type of green to squeeze the best results out of your efforts.