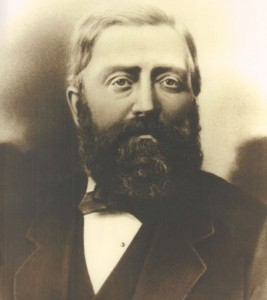 On March 23, 1860, a 33-year-old German man stood in a courthouse in New Haven, Connecticut, and swore an oath of citizenship to the United States of America. Soon after, Adolph Waneka would make a journey of over 1,800 miles to the land just east of the Rockies.

In the mid-19th Century, over five million people emigrated from Germany to America. Many working class Germans had fought in the failed Revolutions of 1848. They saw in America the opportunities for democracy and human rights that they did not have back home.

Back then, citizenship was a two-step process. First, an immigrant had to go to a district court and declare their intention of becoming a citizen. Five years later, they would come back, declare they had shown good moral character, and would uphold the Constitution of the United States.

The valleys of Boulder that greeted Waneka, almost 160 years ago, would be unrecognizable to us today. Many early settlers commented on how the area was almost entirely devoid of trees. Denver was a small mining camp of less than five thousand people. Standing on the hills east of town, at night, Boulder would have appeared as a handful of flickering campfires beneath the Rockies. The land was desert, very difficult to cultivate. Waneka spent his first winter here living in a cave along Coal Creek.

In 1863, Waneka was joined by his wife, Anna. They had three children with them: Annie, age seven; Henry, age three; and a newborn, William. Their son Henry would later buy land that had a small spring on it. That land now bears his family’s name: Waneka Lake.

The history of immigration in the Northern Coal Field, including Lafayette, Erie and Louisville, is as old as the cities themselves. According to research by Eric Margolis, in 1890, almost 20 percent of Boulder County’s population was foreign-born. The farmers and miners who first settled this area came from Britain, Wales, Mexico, Russia, Germany, Italy and Belgium. They helped turn dry desert into arable farmland, dug for coal amidst rockfall and explosions, and shoveled that coal into a power plant furnace.