Tales of the Northern Coal Field: When Mrs. Nixon Came To Town

Tales of the Northern Coal Field: When Mrs. Nixon Came To Town 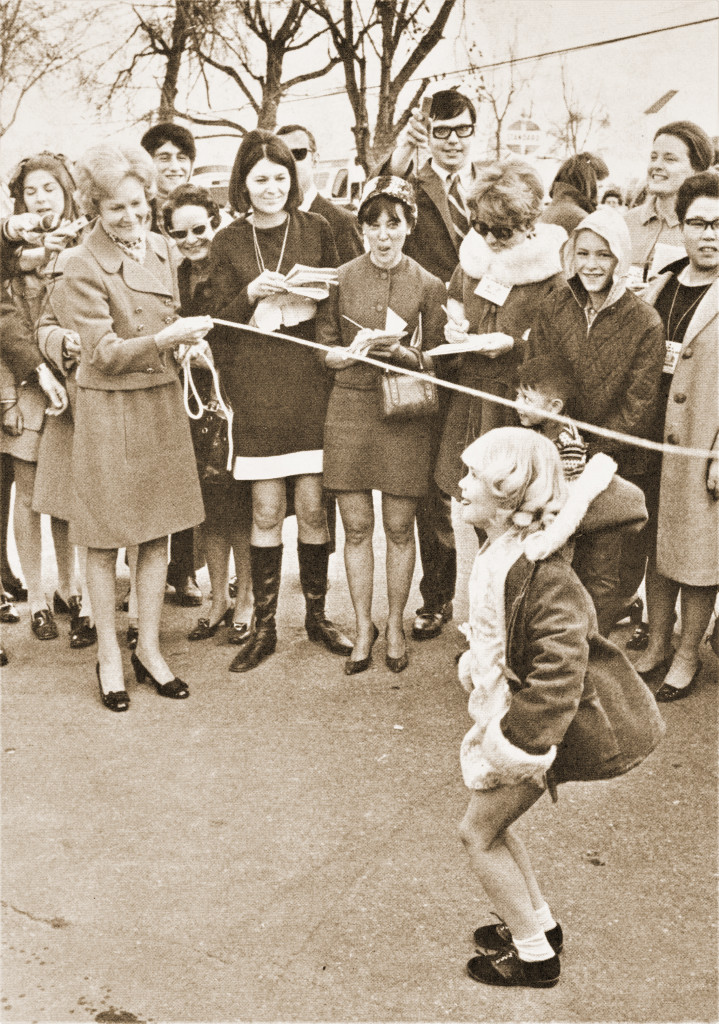 On March 4, 1970, at 2:20 PM, secret service agents swarmed around Lafayette Elementary. The front parking lot was packed with two hundred onlookers, news reporters, and law enforcement. The Lafayette VFW honor guard stood ready, flying the colors. The Secret Service agents hadn’t slept much–on top of the bombings around the county, there had been a break-in at the Elementary the night before. A car pulled up, and the woman of the hour stepped out. Longmont had been visited by President Teddy Roosevelt, and Boulder by Eisenhower and Obama, but now First Lady Pat Nixon had come to Lafayette.

The First Lady was touring the country to perform social outreach via college students. In Lafayette, students from CU worked for the Follow Through Project, which offered social services and aid to disadvantaged elementary students. Volunteerism was a passion for Mrs. Nixon. Our success as a nation, she said, depends on our willingness to give generously of ourself for the welfare and enrichment of the life of others. There was a political element to the visit as well: in the midst of the deep divisions over the Vietnam War, stories of college students volunteering in their communities could be a source of unity.

In 1970, the national nightmare of Watergate was two years away, but the coal field had experienced no shortage of crises. Lafayette was still reeling from an embezzlement scandal, as the former city manager had stolen over $40,000 from the civil defense fund, of which only $20,000 were recovered. The Lafayette Leader ran a spread, lamenting the blight and boarded-up storefronts of now-thriving Simpson Street. There was also a plutonium leak at Rocky Flats that seeped into the Broomfield water supply, though residents were assured that they were safe. In addition, in the single week before Mrs. Nixon’s visit, there were five bombings in the Boulder area.

When Mrs. Nixon arrived at Lafayette Elementary, she played jump rope with children, and joined them in making arts and crafts. CU students told her of their work on Follow Through. Before she left, she presented the elementary school with a set of ViewMaster slides, showing the moon landing. Nixon left for her next stop on the tour at 3 PM, her visit to Lafayette lasting forty minutes.