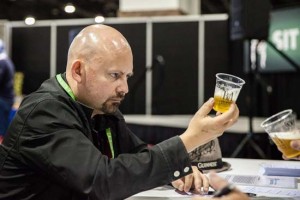 At this day and age, Colorado’s economy has become synonymous with its brewing industry.

To provide some context, the state is home to four of the top 50 brewing companies in the nation and is ranked number one in terms of gross beer production according to the Beer Institute. Those are some statistics worth raising a cold one over! Fortunately, Colorado’s citizens and its visiting tourists recognize the state’s brewing tradition with glory and fuel a determination to continually evolve it. The Great American Beer Festival is one avenue for the state to launch its brewing culture to new heights. Started in 1982, the festival consists of a three day event that draws beer lovers from across the globe to sample thousands of different craft beers. Yellow Scene spoke with Nancy Johnson, below, the festival’s Event Director, to talk about what to expect for this years competition and evaluate the event’s significance for Colorado’s brewing industry.

Yellow Scene: Tell me about the origin of your involvement with the festival?

Nancy Johnson: I started with the Brewers Association way back in the early-to-mid 90’s and in all honesty, didn’t know a whole lot about craft beer, but started working here and loved the people. I was all about the events and we were much smaller back then. All of us did a little bit of everything. Fast forward about ten years and I’m heading up the events department that’s grown from me to four or five people. Having seen it from the early 90’s to the early 2000’s was so fun and really more about the community. I grew to love the beer piece of it and I still do, but I think first and foremost, It’s about the beer and the camaraderie.

YS: Where do you think Colorado’s brewing industry and its relationship with the festival is headed? How will it shape your role down the road?

NJ: We definitely look at the festival every year and say, “what can we do new?’ ‘How do we present things differently?” It always comes back to the beer. That’s what brings smiles to people’s faces. They can come here and taste all of these different beers responsibly and still have fun. More and more we see that our ticket sales go to our members because they’re so passionate about learning. I think it’s that fine line of people who are really into it, but they also want to come learn something. That’s kind of a driving force of what we can continue to do to make it interesting to people.

YS: What are some of the biggest hurdles you’ve had to overcome in helping to shape the festival?

NJ: We were challenged a few years ago because the convention center books out sometimes 20 years out for large events. As we started to grow, we were trying to add additional halls and for several years we weren’t able to. We’ve gotten to that point where we have been able to add some additional halls and it’s a fine balance of breweries that want to get in and for the most part we’re able to get the breweries in. We’ve made some changes on how the competition is run so that we can get more breweries in and still have them be able to submit multiple beers to be judged.

NJ: Again, for me it’s so much about the camaraderie within the industry and the fans and the passion from both sides of people who love what they’re doing and want to do a good job with it and the fans who really can’t wait to come back every year. It’s been a fun ride for sure.