Heralding the onslaught of events preceding the official 2017 Great American Beer Festival (#GABF) this weekend, breweries and restaurants around the Denver area threw kick off parties to mark the start of festivities. Yellow Scene’s Managing Editors attended a pre-party thrown by The Post Brewing Company and Lola Coastal Mexican. We enjoyed delectable libations, a variety of snacks, and an atmosphere thick with anticipation of the great beer to be had throughout the weekend. 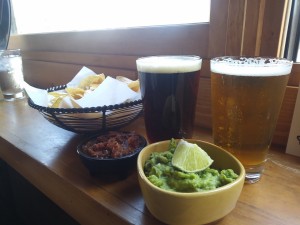 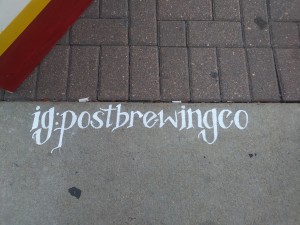 We sampled a couple of Post Brewing’s most popular beers, the Townie Ale and the Elkhorn Lager. The Townie drinks like a pale ale, and with a hefty helping of hops in the ingredient list, it packs a punch. The Elkhorn Lager is, in the words of Managing Editor De La Vaca, like a Negra Modelo “only better.” Its beautiful dark color, smooth mouthfeel, and all around quaffability just might have made it one of our new go-to local beers. Post Brewing is hoping these or one of it’s other concoctions can take home another gold medal at the Great American Beer Festival this year, after the 2016 Gold Medal-winning Achtertuin Seizoen.

While sipping our beers, we munched on crunchy tortilla chips with a side of lovely guacamole and salsa. The latter had a lovely heat and smokiness – not overbearing, but enough to make you sweat a bit.

For “dessert,” we said what the hell and ordered a couple of adult slushies called the Frozé and Frozen Micheladas. “Who got you drunk?” the bar manager, Ben, asks; “Well that wasn’t us; that was Senor Slushie.” We loved the Rose slushie. If you were able to drink them slow enough to avoid brain freezes (hard to do when they were as tasty as they are), you would have been contentedly tipsy and ready to take the Great American Beer Festival by storm.