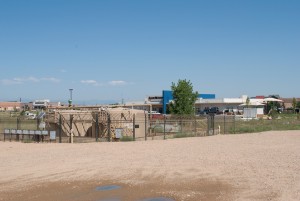 People who tuned in to the news this month around the country were exposed to scenes of brutality, violence and racial hatred following a white nationalist rally that erupted into chaos on Saturday, August 12. The dramatic scene shed a light on hate crimes that have begun to carry out at an alarming rate since the wake of the 2016 presidential election including several that have drawn the national spotlight in Colorado, Oregon, Kansas, Minnesota and many more. Local news media organizations have recently been recognized as one of the few contributors reporting on the national data concerning these hate crimes. Senator Cory Gardener held three town halls along the Front Range on Tuesday and was presented with a large gathering of furious hecklers. Large numbers of attendees verbally attacked Senator Gardner over his right leaning political stance toward president Trump and overall conservative rhetoric that led to a massive outburst at the town hall. Broomfield and Weld county are included next to eight of the 10 fastest growing towns and cities that are approved for oil and gas drill- ing in the near future. Approved drilling permits are in step with a sizeable number of other rapidly growing counties including Laimer, Adams and Arapahoe who will have pending drilling permits alongside rigs that are currently at work. Recent data shows drilling permits in expanding counties such as these and many others with populated areas are being taken out twice as often as in more remote areas. A visitor center at the Rocky Flats Wildlife Refuge in Golden is set to open to the public in the summer of 2018. The site where the visitor cen- ter is planned for construction was once home to a former nuclear weapons facility and has sparked some controversy regarding the alleged insufficient clean up efforts that had taken place. The area was reported to be safe from three government agencies following a decade long, multi-billion dollar cleanup after the facility shut down in the early 90’s. The Colorado Broadcasters Association has awarded Aaron Harber the Broadcaster of the Year Award for advancing the industry in Colorado and demonstrating great leadership in his profession.