Attorney General Jeff Sessions’ memo rescinded the Cole memorandum on January 4, 2018, ruffling some leaves in cannabis culture. The Cole Memo set eight enforcement priorities for the Department of Justice (DOJ) with respect to marijuana. Sessions rescinded the foundational guidance that states have relied on to regulate the production and distribution of both recreational and medicinal marijuana, pursuant to state law and the will of those states’ citizens.

Sessions’ memo creates broad discretion for federal prosecutors to potentially prosecute marijuana businesses operating legally on the state level, even if they are not engaged in marijuana-related conduct enumerated by the Cole Memo as being an enforcement priority. At this time, the DOJ has given no indication that there will be any enforcement priorities targeted at state-legal marijuana businesses.

Sessions’ clear disregard for states’ rights and democracy felt like a slap in the face to the more than 30 states that have some kind of legal cannabis, and specifically individuals who depend on cannabis for health and wellness. Sessions policy positions federal law enforcement against the will of voters. So far, eight states have legalized recreational marijuana through ballot initiatives with voter support. “We represent a state that posed the question of marijuana legalization to its voters not once, but twice,” Democratic representatives Jared Polis, Diana DeGette and Ed Perlmutter, and Republican Rep. Mike Coffman wrote in a letter to Sessions days after the Cole Memo was rescinded.

The author of the Obama-era policy, James Cole, stated to the Associated Press, “I couldn’t immunize people through the policy, but it did give them a level of comfort that was enough for them to say, if I behave, we’re basically going to be OK.” The change, he said, removes “clarity and consistency” for an industry that depends on it. Notwithstanding the foregoing, it should be noted that Congress has already cut-off federal enforcement dollars to the DOJ aimed at prosecuting state-legal medical and industrial hemp businesses per the “Rohrabacher–Blumenauer” amendment, first approved in 2014.

Sessions did not actually announce that there would be a crackdown on cannabis businesses, but rather that it would be left to the discretion of the local US attorneys in the various districts to decide how and when to enforce the federal laws. This does not amount to much of a substantive change in policy, which begs the question of why Sessions bothered to make the announcement at all.

Even if Sessions’ memo might not result in federal agents busting down dispensary doors, it will still hamper the industry. Cannabis industry expansion could be hindered if potential investors are spooked by the updated guidance. Smart Approaches to Marijuana (SAM), a leading anti-legalization group, said in a statement that Sessions’ move, “makes investing in the marijuana industry a risky move.” The decision to repeal the Cole memo even affected the stock price of Scotts Miracle-Gro Company, which dropped more than 5 percent. The concern for legalization advocates is that Sessions’ policy change could lead to a chilling effect both among marijuana businesses, costing potential jobs and tax revenue, and on efforts to legalize, hurting a movement that has picked up steam in recent years.

Whether or not to crack down on marijuana in states where it is legal is a decision that will now rest with those states’ top federal prosecutors, many of whom are deeply rooted in their communities and may be reluctant to pursue cannabis businesses or their customers. The core issue here is the conflict between federal and state laws on marijuana. Over the past couple of decades, states have moved to legalize marijuana for medical and recreational purposes, but federal law has remained largely unchanged, keeping cannabis illegal at the federal level for any use — medical or recreational. In Colorado, U.S. Attorney Bob Troyer said his office will continue to focus on “identifying and prosecuting those who create the greatest safety threats to our communities around the state.” All of Colorado’s congressional delegation, except for Rep. Doug Lamborn, have been working together, along with lawmakers from other states where marijuana is legal, to come up with solutions to protect Colorado’s marijuana industry and financial institutions. 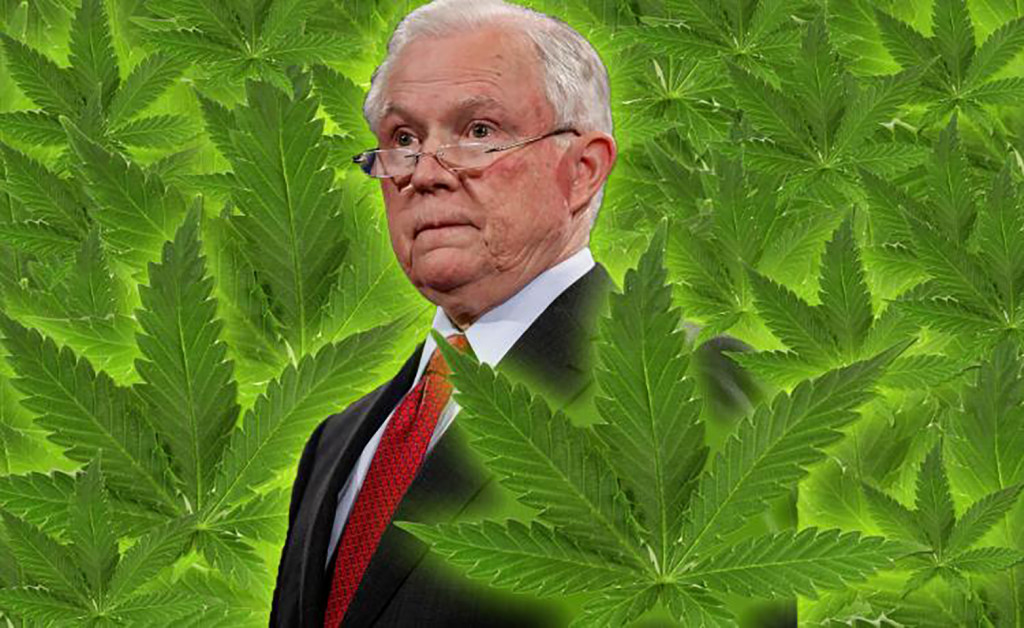