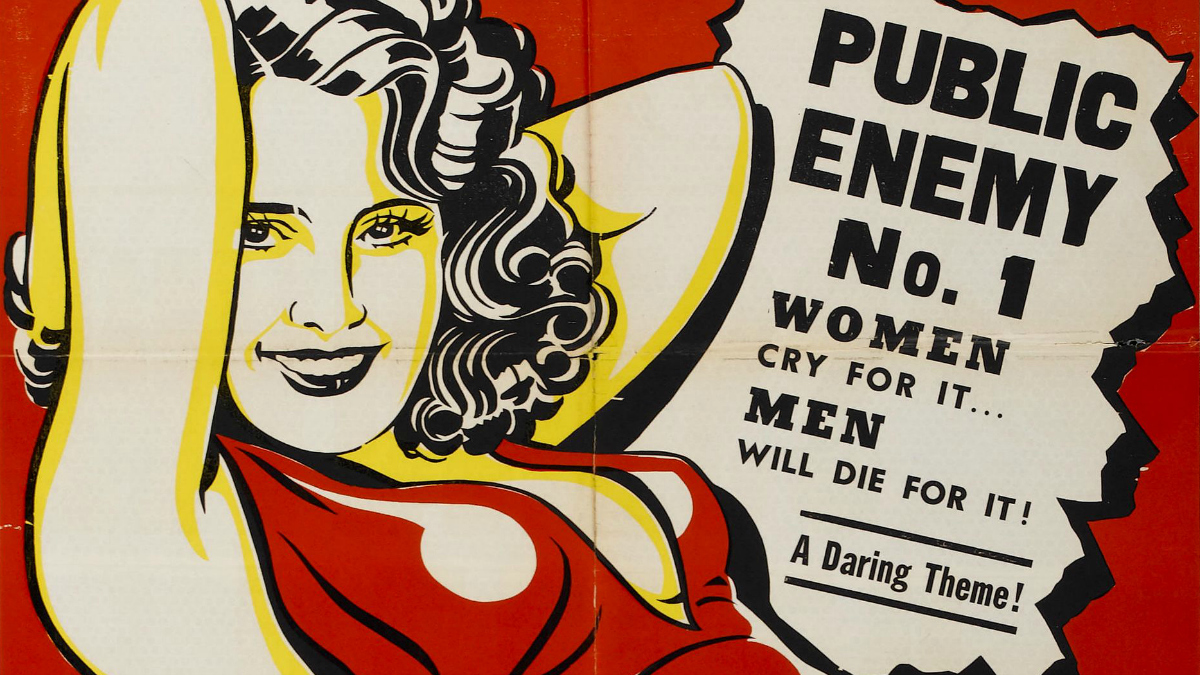 It’s been more than eight decades since the film Reefer Madness debuted. Originally financed by a church group under the title Tell Your Children, the film was intended to be shown to parents as a morality tale to teach them about the dangers of cannabis use. The film first released its anti-marijuana fear mongering in 1936 and it’s fair to say public opinion has vastly changed since then.

In the 1930s, following Reefer Madness and demonstrating the early relationship between the religious right and law enforcement, the nation’s top anti-narcotics official took up the anti-marijuana cause. Harry J. Anslinger began to capitalize on fears of marijuana while pressing a public relations campaign to encourage the passage of uniform anti-narcotics legislation.  Anslinger pushed this propaganda while he headed the U.S. Treasury Department’s Narcotics Bureau from 1930 to 1962. This is the birth of the green monster myth, the idea that marijuana was a deadly scourge that would haunt American life for nearly a century. This is the starting point of what would become the drug war, D.A.R.E. campaign, and the skyrocketing criminalization and incarceration of Americans over petty drug use.

In the years before the reefer-madness era of the 1930s, marijuana was generally considered a benign, medically efficacious substance that was widely available in American pharmacies. When Gallup first polled the public in 1969, only 12% of Americans supported the legalization of marijuana use. This shift from total acceptance of cannabis in the nineteenth and early twentieth century to minimal support, for what was an unregulated plant, shows that the propaganda had worked. In the late 1970s, support rose to 28% but began to retreat in the 1980s during the era of the “Just Say No” to drugs campaign. Support stayed in the 25% range through 1995, but increased to 31% in 2000 and has continued climbing since then. According to the 2017 Pew Research Center survey, 61% of American voters now back marijuana legalization.

The history and context of how these shifts took place is like a roller coaster ride through an increasingly dense marijuana haze. There are many theories in connection with the cannabis / hemp prohibition beginnings, which we’ll leave for another inquiry, as we’re concerned with the other side of the issue: legalization. Starting with Oregon in 1973, individual states began to liberalize cannabis laws through decriminalization. In 1996, California became the first state to legalize medical cannabis, sparking a trend that has spread to a majority of states. Despite decades of anti-marijuana propaganda, we stand today with 29 states, plus the District of Columbia, Guam and Puerto Rico, having legalized medical marijuana (MMJ) and nine states with legalized recreational marijuana, including Colorado. Yay us!

Drug Abuse Resistance Education (D.A.R.E.) was originally created through a partnership established between the Los Angeles Police Department (LAPD) and the Los Angeles Unified School District (LAUSD) in 1983. Dr. Ruth Rich, Health Education Curriculum Administrator for the LAUSD, developed the original 17-lesson elementary school D.A.R.E. curriculum. In response to the current cannabis legal discord (and the updated science showing marijuana is not as bad for you as previously claimed), the D.A.R.E. program had to revamp its curriculum yet again to focus less on drugs and more on smart decision-making. That is, the D.A.R.E. curriculum has been proven to be based less on scientific fact and more on morality, and it has had to update as activists armed with science have pushed back and as public sentiment has shifted towards acceptance.

This choice falls in line with the evidence that “Just Say No” doesn’t work. Independent studies have shown time and time again the original and revamped versions have had minimal effect in long term influence on drug use. A 2002 review by psychologist Chudley Werch and health educator Deborah Owen actually noted a tendency for teens who went through D.A.R.E. to be more likely to drink and smoke than adolescents not exposed to the program. Beyond the staunch resistance, public opinion of cannabis has wavered.

We live in a time where families can become cannabis-refugees by relocating to, shall we say, greener states in order to have legal access. The historic and false message that marijuana has no medical benefit has finally lost its grip on much of society. The paranoid and hyperbolic screeds of the anti-marijuana establishment are testament to these movements. These marijuana refugee families and their stories loudly contradict the current federal scheduling of marijuana as a Class 1 drug, alongside such lovely contemporaries as heroin, crack, and other powerful narcotics with basically zero health benefit but incredibly high addictive properties. Many of the perceptions during cannabis’ prohibition have included associated health risks, both physically and psychologically. Propaganda pushed risks from lung cancer to psychosis and everything in between. The stigmas grew with mass disinformation, creating the marijuana refugee crisis and the pushback against anti-science, anti-marijuana lies and laws.

Fast forward a few thousand years since modern people began using marijuana and its derivatives to where cannabis use is finally becoming normalized again: not only are these stigmas fading but studies are actually proving the opposite. The American Cancer Society states, “… [Cannabis] studies also suggest certain cannabinoids may slow growth and reduce spread of some forms of cancer.” Cancer.gov mentions on their website, “One study in mice and rats suggested that cannabinoids may have a protective effect against the development of certain types of tumors.” If this isn’t evidence enough of the half-baked fear mongering that took place, there are many more examples that show similar expansive inconsistencies with the no-medical-purpose stance of the Federal Government. Recent studies have shown remarkable effects of cannabis with epilepsy, and on PTSD, and in treating depression. As more studies take place we are likely to see an increase of positive results. As a state, Colorado has approved over $9 million in grants for marijuana medical research since 2015, for a variety of ailments.

To address the increasing federal/state dissonance, then-Attorney General, James M. Cole, issued a memorandum to all U.S. Attorneys, which was published by the Department of Justice in 2013. The Cole memo set expectations for the federal government, state governments, and law enforcement on how to address states that had voted for, and implemented, legal adult-use cannabis programs. In summary, the Cole Memo told states: if you implement a strict regulatory framework and employ a seed-to-sale tracking system to monitor the growth, distribution, and sale, of regulated cannabis to prevent diversion and create a transparent, accountable market, the federal government will leave it alone. In an unexpected move a mere five years later, Trump administration Attorney General, Jeff Sessions, rescinded the Cole Memo, thereby removing the foundational guidance that states have relied on to regulate the production and distribution of both recreational and medicinal marijuana. This was done, to boot, in an apparent reversal of position by Trump, who had said while campaigning that he was in favor of medical marijuana 100%” and has spoken ardently about state’s rights. Additionally, this reversal directed state’s attorney generals and all law enforcement to enforce federal laws. States with legalized marijuana, including Colorado, now find themselves in a murky and legally tenuous situation. 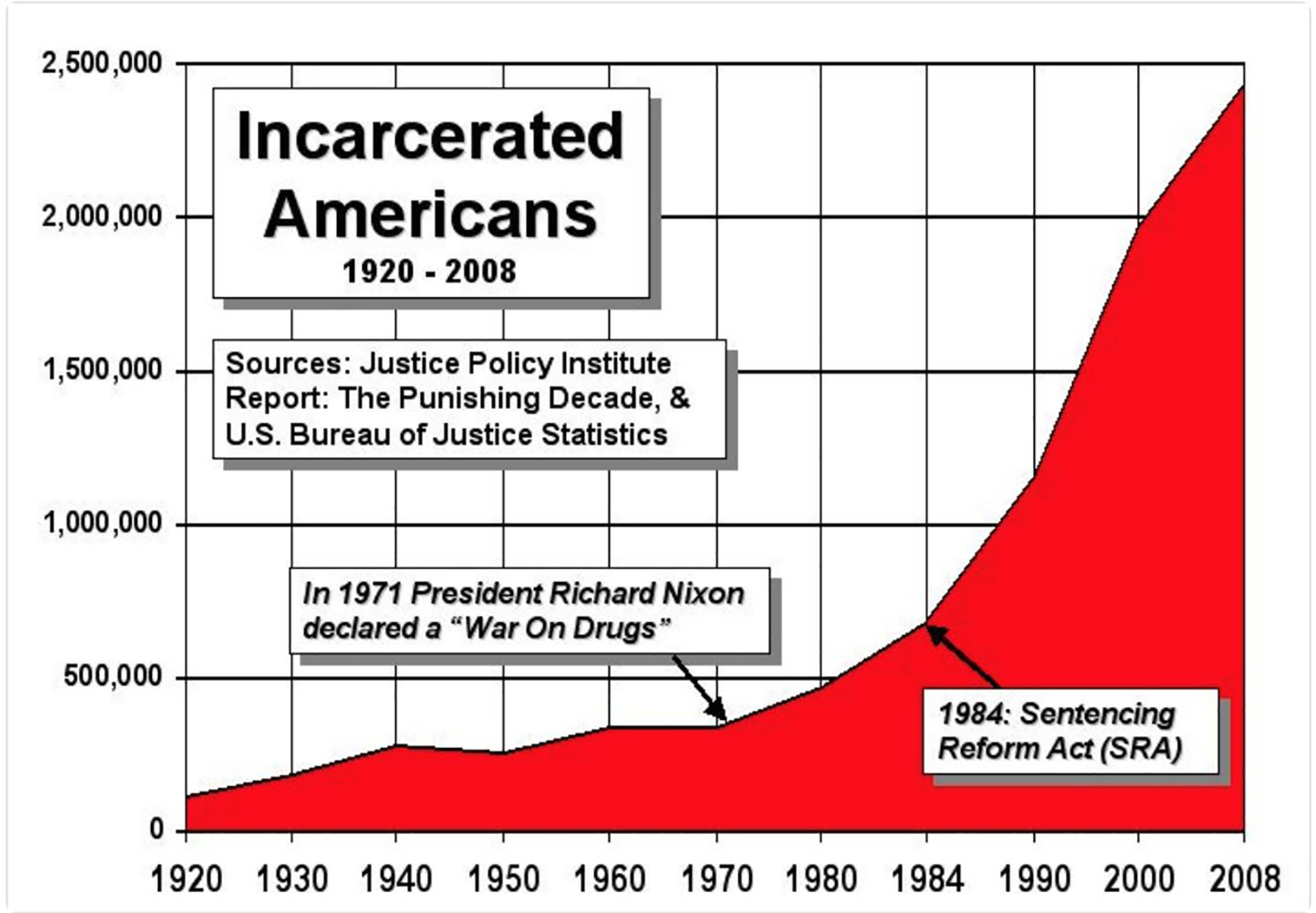 Whether to crack down on marijuana in states where it is legal is a decision that now rests with those states’ top federal prosecutors, many of whom are deeply rooted in their communities and may be reluctant to pursue cannabis businesses or their customers. It’s worth noting that neither the release or repeal of the Cole Memo changed cannabis’ legal status at the federal level; rather, they just created another layer of complexity for an already high-risk industry. The core issue here is the conflict between federal and state laws on marijuana. Even though Sessions memo might not result in federal agents busting down dispensary doors, it definitely shook some leaves in all aspects of the cannabis commerce tree.

While research, such as Lechenmeier and Rehm’s 2015 publication, has shown marijuana to be 100 times less toxic than alcohol, many counties and cities within legal states enacted bans and moratoriums. This additional layer of disharmony may not be as negative as once thought. Many of the communities that initially enacted bans were themselves not anti-cannabis. Some voted overwhelmingly in favor of statewide legalization. In many cases, bans were the response to the vocal outcry of a relatively small number of concerned citizens. In others, local governments were simply unfamiliar with legal cannabis or felt unprepared to appropriately regulate it. These types of preemptive measures are likely to change with time.

Taking a look at Portugal who decriminalized all illicit drugs in 2001, the once assumed mass repercussions of such a decision never came to fruition. Drugs are still illegal, but any user carrying less than 10 days’ worth of illicit substances will simply have their supply confiscated, and they will then undergo an assessment with a social worker, psychologist, and lawyer. Only a small fraction of users will experience further consequences. Seventeen years since decriminalization, evidence indicates reductions in problematic use, drug-related harms, and criminal justice overcrowding; also, there is significant positive change in the realm of disease prevention, with nationwide HIV rates decreasing dramatically and a significant decline in overdose deaths.

The opportunity for America to follow a similar model is available, but cannabis is a billion dollar industry in terms of capitalism and revenue. According to Viridian Cannabis Deal Tracker, the cannabis industry registered $1.23 billion in investments for January 2018. The total represents an almost 600 percent growth from the $178 million in the first five weeks of 2017. According to cannabis industry analytics firm New Frontier Data Marijuana, projections of nationwide legalization could create $132 billion in federal tax revenue and inject over a million jobs into the US labor market by 2025. In its first month [July 2017] of recreational sales Nevada netted $3.7 million in tax revenue. Colorado has recorded over $4.6 billion in marijuana sales to date, and over $681 million in tax revenue.

As more and more localities are added to the legal list and the years of experience add up in green states, standard procedure will evolve, acceptance will increase, and states will find less reason to forego the economic and health benefits of legalization. With record sales and tax revenue, the changing perspective of cannabis (legal or not), is something that will continue to be a topic of discussion. Marijuana prohibition appears to be on its way out and the spectre of nationally legal weed is closer than ever, contrary to the current administration’s hapless efforts.

1937 | President Roosevelt signed federal legislation that banned cannabis use, production and sales; including for industrial hemp.

1943 | Medical products derived from cannabis were removed from the US Formulary and physicians could no longer prescribe it.

1945 | When the war concluded, Roosevelt re-banned industrial hemp, stopped subsidizing production and teaching farmers how to cultivate it.

1965 | Allen Ginsberg convenes one of the first protests against Prohibition. The effort was called ‘LeMar’, and became the California-based reform organization, Amorphia.

1980 | President Reagan is elected (along with his wife’s anti-cannabis crusade), effectively ending ‘an era of decriminalization.

1988 | DEA administrative law judge Francis Young rules in favor of NORML to make cannabis a medicine, The Reagan administration and DOJ appealed, seeking to uphold a total ban on cannabis

1991 | San Francisco become the first city to pass an ordinance—with a 79% support rate— in favor of medical patients having access to MMJ.

1993 | NORML launches its first webpage on the World Wide Web (aka, Internet).

1994 | CA Governor Pete Wilson vetoes popularly passed MMJ laws. The US District Court of Appeals ruled in favor of the DEA in long-suffering NORML vs. DEA.

1996 | California citizens place on the ballot and champion to victory Proposition 215 which sought to ‘legalize’ MMJ use, possession and cultivation. After numerous federal legal challenges, cannabis wins.

1997 | Arizona’s voters also approve MMJ, but, because of problems with the language of the initiative, the law was never implemented. NORML Foundation founded.

1998 | Numerous states pass MMJ laws and patient protections. An Oregon  leg effort is successfully made to place a ‘cannabis re-criminalization’ initiative on the ballot, which fails.