CBD Boom with no Bust in Sight | Blunt Talk 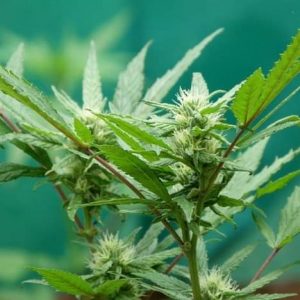 Biodiversity, the variety of life in the world or in a particular habitat or ecosystem, is a profound concept. It generally refers to the variety and variability of life on Earth. Life, as it were, is complicated. And this idea applies to Marijuana – cannabis and hemp, more accurately. The biodiversity of the cannabis & hemp plant includes hundreds of cannabinoids, or chemical compounds found in this naturally occurring plant. Tetrahydrocannabinol (THC) & Cannabidiol (CBD) are the most commonly known among customer bases. Science, however, has shown the top five cannabinoids researched so far also include cannabichromene (CBC), cannabigerol (CBG) and cannabinol (CBN). These have intriguing and distinct properties, in addition to the proven “entourage effect” (the way cannabinoids affect the body’s endocannabinoid system when combined with other cannabinoids).

CBD has become widely known for its health benefits as well as its positive effect on certain health conditions, most notably epilepsy. Consumers in all areas are just now beginning to understand  the process of how CBD and other cannabinoids are derived and potentially isolated into products now available widely on the market, and what those products can do for them. A lack of public knowledge is a hindrance to what should be a flourishing industry, so it is increasingly important for companies to educate potential customers. As the market grows so will the demand for varying products, including full-spectrum hemp & cannabis and specific formulations.

I spoke with Jessica Bates of Moon Mother Hemp, Boulder, CO’s first CBD-only store. As founder and lead herbalist she is a strong supporter of full spectrum plant therapies. Her products are hemp derived, so she is not allowed to sell in local dispensaries—making her stand alone shop the talk of the town. She emphasizes to customers that the only difference between her hemp plants and traditional cannabis plants is their lack of THC (the psychoactive cannabinoid). 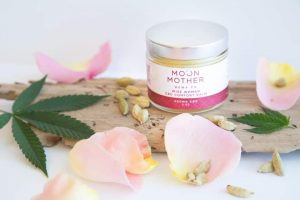 Moon Mother Hemp has been open a short few months and Bates says that their customers are coming from all categories: those familiar with cannabis and others not knowing anything about cannabis & hemp derivatives. Her excitement about what the future holds is validated by the amount of information her store has been able to share with the public about CBD; considering products like hers remove the fear and stigma many still hold regarding marijuana of any kind. Bates reiterates that  products like topicals are a great introduction for people who are nervous about trying CBD’s but more often than not customers return online or in person to try other Moon Mother brand products.

Using all USDA organic ingredients is vital for Bates who is, first and foremost, a health advocate. Since Colorado regulates her CBD like a food additive the only restrictions were in regard to food safety, making it essentially a breeze to get her company up and running, unlike some other states who are making it extremely difficult to get CBD and full spectrum hemp products to the general public. In California, for example, it is illegal to make CBD products from hemp; it must be derived from cannabis plants and be sold in dispensaries. In Wisconsin, however, CBD products can be purchased around the state at almost any head shop, health & nutrition store, or at a stand alone shop. At the Central Wisconsin Hemp Expo, which took place this past mid-November, there were a plethora of hemp derived consumables; more than I had ever encountered in Colorado. The 2019 Wisconsin Cannabis and Hemp Conference should be more diverse given the state’s industry growth. 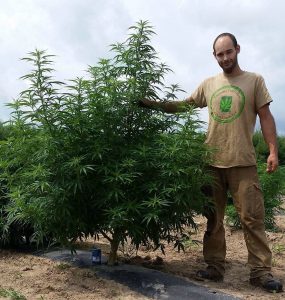 Wisconsin hemp farmer Jamie Degenhardt talked with me about his hemp operation. He and his father are behind Cannabis Cultivators of Clark County LLC., and are responsible for Wisconsin’s first legal hemp harvest. Degenhardt is a long time cannabis advocate in his own right and chose to farm hemp because cannabis is not yet legal in Wisconsin. At his retail shop’s second location in the small town of Greenwood, WI, he told me of the hindrances he has and still faces in the Midwest hemp rush. The lack of manufacturing equipment is second to lack of public knowledge in being a problem. Degenhardt is seeing a huge increase in interest in his products and the industry overall allowing him, like Bates, to spread information locally about CBD and full spectrum opportunities—adding to the overall enthusiasm about these new age health supplement marketed products.

Whether these up and coming CBD producers have a physical retail shop or sell only online like Budz Butter, business is booming. Budz Butter has no brick-n-mortar  presence and is currently only sold online. Levi Budz, founder of the brand, said it has been very successful so far. Budz, who recently relocated the Denver based business back to his hometown near Green Bay, Wisconsin, says that he, like Degenhardt, chose hemp instead of THC rich cannabis because of the marketability nationwide. The federal stance on cannabis seems to be growing the hemp consumable market at exponential rates. 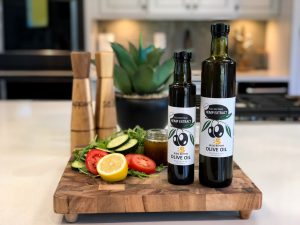 Regardless of whether cannabis is legal or not, federally or locally, people are making use of less stringent regulation, as well as loopholes, to get cannabinoids to the general public via hemp. With hundreds of potentially useful cannabinoids present in both cannabis and hemp, the sky’s the limit.

The only question is, how high do you want to fly?