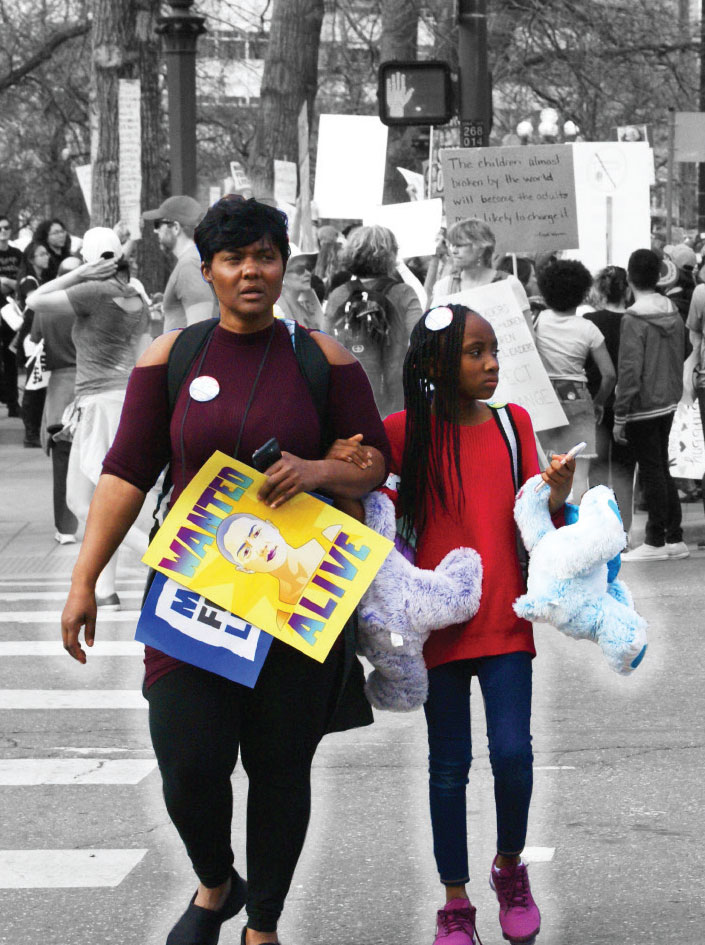 The March for Our Lives took place on March 24, at over 800 locations worldwide. Inspired and led by the Parkland, Florida survivors of Marjory Stoneman High School, many have said this could finally be the tipping point for gun control in congress.

Sacramento police fatally shot Stephon Clark, an unarmed black man, in his grandparents’ backyard after confusing his cellphone for a gun. Soon after, the state attorney general announced that no charges will be pressed on the two white Baton Rouge police officers involved in the killing of Alton Sterling in 2016. This is all too similar to Alex Landau here in Colorado.

The National Low-Income Housing Coalition (NLIHC) found 171,933, or 23 percent of renter households, are extremely low income. This means they make below 30 percent of the area median income.

The Colorado House of Representatives passed a budget package worth $28.9 billion, including a $35 million allotment for school safety improvements like building upgrades and additional school resource officers.

RTD operators will receive a substantial pay raise that brings their starting hourly wage up to $19.40 and guarantees an 8% raise after the first year of a new contract, the largest increase in the company’s 48-year history.

A company called CERIA Beverages, the new project of Blue Moon Brewing Company’s founder, plans to marry beer and cannabis together (#HappilyEverAfter) in a line of beverages that will be sold in dispensaries by the end of this year. If that doesn’t say Colorado, we don’t know what does.

The Trump administration will no longer default to releasing pregnant immigrants who come into immigration custody, unless they are in their third trimester. Under Obama, officers were urged to release pregnant women except under extreme circumstances. There is at least one ICE detention center in Colorado.

The EPA moved to roll back emissions regulations that would have required 54.5 miles per gallon fuel economy in cars manufactured starting in 2025. The effort undercuts measures implemented by the Obama administration that would have reduced emissions by around six billion tons.

The City Council in Denver asked for more time to decide whether or not to launch a formal investigation against Mayor Hancock. The mayor is under fire for allegations of sexual harassment while in office, against one of the police officers assigned to his office detail, no less.