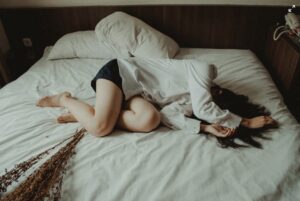 For months, she struggled silently with a sense of worthlessness. She had panic attacks that left her trembling. Nightmares that made her cry.

She’d told only a handful of friends about the sexual assault she endured while she was home the summer after her freshman year. Now, as she finished her sophomore year at Yale University, the trauma finally became unbearable.

On a June day after the 2021 spring semester, the 20-year-old college student swallowed a bottle of pills at her off-campus apartment.

As she slowly woke up at the emergency room in New Haven, Conn., one thought overwhelmed her: “What if Yale finds out?”

This excerpt from a November 11th Washington Post article is just the tip of the iceberg of cold indifference described in the article. That it was published on Veterans Day is unintentionally ironic. This student and so many more suffer from an equivalent to PTSD, having navigated the war of attrition – elite college admissions – only to find themselves in a literal battle for their lives.

The Post article reveals the incomprehensible process of withdrawal and reapplication faced by students in mental health crisis at Yale. Three months earlier, another young woman student killed herself, reportedly unable to bear the thought of the consequences of withdrawing from Yale.

These two students are, in essence, the rule, not the tragic exception. An October article in Monitor on Psychology, a publication of the American Psychological Association, reported that nearly three quarters of college students report moderate or severe psychological stress. Counseling staff have tripled at, as just one example, the University of Virginia. A Dean there noted, “I don’t think we could ever staff our way out of this challenge.”

Much attention is directed toward children who are “at risk”as a result of poverty, food insecurity, homelessness and other societal neglect. While I don’t intend to equate the two, the National Academies of Sciences, Engineering and Medicine has now added youths in “high achieving schools” to their list of “at-risk” groups. Our current cultural and social priorities are not configured to mitigate the damage we are doing to children at either of these seemingly opposite ends of the continuum.

Yale is also the rule, not the exception, although Yale’s response to the results of “high achievement” pressure is particularly callous. The most selective colleges and universities are at the epicenter of the national crisis of anxiety, stress and depression. Whether they respond with Yale’s apparent insensitivity or respond with more compassion, there seems to be little recognition of the fact that they are bearing the damaged fruit of the seeds they’ve sown.

The heat in the pressure cooker of elite education starts early. In the crazy world of private schools, and in selective public schools and affluent communities, the process begins at – or before – birth. I used to joke that the private school I led for decades was the first to require APGAR scores (look it up) for preschool admission. Satire, of course, but the truth is only slightly less absurd.

The chain itself is dropped from above by most selective colleges – I use Ivy as an accurate proxy – who don’t give a tinker’s damn about the collateral damage done to children along the way. While no kids are immune, the anxiety and stress affect girls and young women disproportionately. Several studies show girls suffering double the rate of depression and triple the incidence of attempted suicide. A profoundly important explication of this gender divide can be found in Denise Pope’s superb book, Doing School: How We Are Creating a Generation of Stressed Out, Materialistic and Miseducated Students. (It is just too funny that her great book was published by Yale University Press!)

In the New Republic William Deresiewicz, author and former Yale professor, wrote “Our system of elite education manufactures young people who are smart and talented and driven, yes, but also anxious, timid, and lost, with little intellectual curiosity and a stunted sense of purpose: trapped in a bubble of privilege, heading meekly in the same direction, great at what they’re doing but with no idea why they’re doing it.”

Or as I have described the phenomenon, a cohort of students gradually conditioned to just find the right answers; never to ask the wrong questions. By freshman year at their dream college they sit at the ready, anxiously transcribing the wisdom of the professor, skillfully extracting the elements most likely to be on the next exam.

There are many things to be done about this, but none are likely.

Schools and colleges could jettison the College Board in its damaging and highly profitable entirety. The SATs were created by a Princeton professor, Carl Brigham, who later became an enthusiastic proponent of eugenics, a pseudo-scientific belief that you could engineer an advanced society by weeding out the inferior. To be fair, Brigham didn’t suggest killing anyone and he later changed his views. But the system he kickstarted is doing a pretty good job of crippling young folks in service of a mostly mythological meritocracy based on a very limited idea of human intelligence and worth.

And, of course, parents and school administrators could look in the mirror and recognize that their own ambitions are reflected in their children’s unhappiness.

But at the very least, when students have collapsed under the pressure they created, they could respond with some compassion, not another round of self-protection.