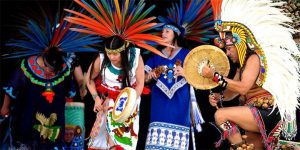 Cinco de Mayo is a favorite Mexican American holiday, celebrating the Mexican victory over the French at the Battle of Puebla. Not that anyone remembers that. It’s just a good community day. 2019 will be the 17th Annual Longmont Celebrates Cinco de Mayo at Roosevelt Park! Longmont Celebrates Cinco de Mayo is an event that celebrates culture and honors the health of the Longmont community. Each year thousands of people come together to join in the celebration and enjoy the food, shopping, live entertainment, car show, break dance competition, and free family activities. In support of zero waste we recommend bringing a refillable water bottle; they’ll provide water stations. The event is May 4, free and open to the public; https://www.longmontcincodemayo.com/ for more information.

Says the Dairy, Unger and Madison are at it again! That is Florence Unger and Olive Madison in Neil Simon’s female version of The Odd Couple. A wondrous twist on a classic, this performace asks, “What happens to a friendship when a neat-freak and a slob try to co-exist? And what happens with those suave yet hilarious neighbor brothers?” This is a delightful comedic “upper” with lots of laughs. Performance on May 3, tickets from  $12-15 and you can get more information at https://thedairy.org/whats-happening/theater/.

Tech N9ne’s It Goes Up tour at the Fillmore Denver

Tech N9ne’s prolific horrorcore rap career – songs with Tupac and Eminem, soundtracks for movie, being signed three different times to new labels – and the fact that the pace at which he’s putting out music hasn’t slowed or impacted the quality, makes for a massively devoted fan fase. Friends in the area are legitimately hype to cach Tech at his upcoming and highly anticipated performance at the Fillmore Auditorium, the same venue we’ve gone for other great acts like Anderson .Paak and more. This is part of the Strange Music 20th Anniversary and will feature special guests Dax, Mackenzie Nicole, Krizz Kaliko, ¡Mayday! and UBI of Ces Cru. Catch him at the Fillmore Autiorium in Denver on may 17and 18, at 8 p.m. Tickets start at $80 with VIP packages going for as high as $450, http://www.fillmoreauditorium.org/events for more information.

The Curious Incident of the Dog in the Night-Time at Dairy Arts Center.

The Broadway and touring productions of The Curious Incident of the Dog in the Night-Time wowed audiences and critics alike, so it was only a matter of time before a courageous local company sought the rights and produced this powerful work regionally. The story, which is based on a New York Times Bestselling novel, is about a 15-year-old boy who sets out to find the truth behind the death of his neighbor’s dog. Boulder Ensemble Theatre Company is producing this powerful work with a cast of 10 performing over 30 roles from April 27 through May 19 at the Dairy Arts Center, 2590 Walnut Street, Boulder. Tickets range from $20 to $37.50 at www.betc.org . 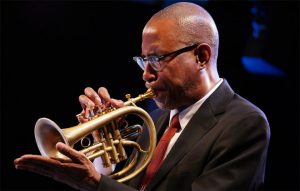 Boasting a collection of album credits with artists like Bill Frisell, Ginger Baker, Don Byron and Mercer Ellington, the MSU professor and long time friend and collaborator of Fred Hess, Ron Miles is considered by many to be one of the top jazz musicians and composers alive today. Despite the fact that Grammy recognitions seems to have eluded him to this point, Miles’ remains as humble and prolific a performer as ever. Check out his new quintet lineup with guitarist Bill Frisell, Carla Kihlstedt on violin, Hank Roberts on cello and drummer Rudy Royston at Dazzle at Baur’s (1512 Curtis St. in Denver) on May 18, two performances at 6:30 p.m and 10:30 p.m. Tickets start at $15, www.dazzledenver.com for more information.

Disney’s Beauty and the Beast at BDT Stage

If you’re seeking more family-friendly fare look no further than BDT Stage, which is offering the perennial favorite Disney’s Beauty and the Beast, May 4 through August 31. Enjoy dinner before the show (included with ticket) before you get whisked away into fairy tale land as Belle, the Beast, Mrs. Potts, Lumiere, Cogsworth and the rest of the gang sing and dance this beloved story in the intimate and comfortable performance space of BDT Stage. Performances are Wednesdays through Sundays, May 4-August 31 with matinees on Sunday afternoons. Tickets from $56 to $69. 5501 Arapahoe Avenue, Boulder. www.bdtstage.com.

Fred Armisen at the Boulder Theater

Whether you were a fan of his SNL stretch — specifically his spot-on Barack Obama impression — his fantastic cameo work in films like Anchorman: The Legend of  Ron Burgundy, or his absurdist deep-dive into the weird and wet world of the Pacific Northwest in Portlandia, it’s safe to say there’s likely a Fred Armisen for everyone. Armisen’s latest tour, Fred Armisen: Comedy for Musicians But Everyone is Welcome, weaves through the many faces of the Not Ready For Primetime Players-trained laugh-consort. This is definitely worth your comedy dollar. Catch him at the Boulder Theater on May 14 at 7 p.m. Tickets start at $30 for the all-ages show; www.bouldertheater.com for more information.

This month: Five fantastic festival you need to make time for this summer 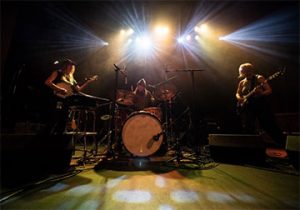 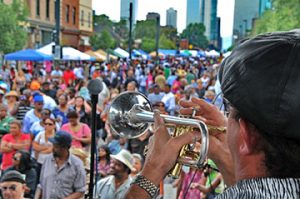 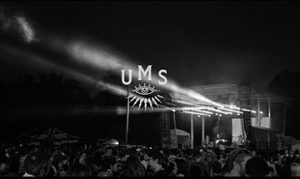 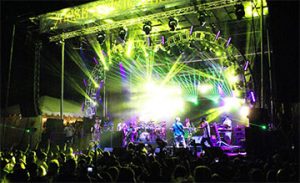 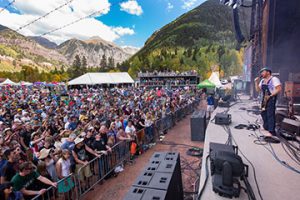