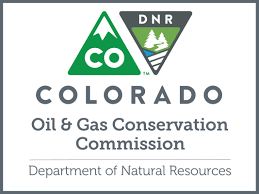 Earlier this year the legislature passed, and Governor Polis signed into law, Senate Bill 181. The new law changes the mission of the Oil and Gas Conservation Commission from a responsibility to “foster” the industry to having to enact reasonable regulations to ensure the “protection” of public health, safety, and welfare, and the environment. The Commission will have to conduct rulemaking in the next year to make the necessary changes in the existing Commission rules to ensure that happens.

Before I explain to you what the Commission has done with the first rulemaking (which admittedly sounds pretty boring at first), let me tell you why it matters. Communities are being fracked. Oil and gas development is either already inside, or is about to be inside, nearly every residential neighborhood and community in the Front Range outside Boulder and Denver city limits.

Citizens have been outraged by this and have banded together to form dozens of community organizations in the past decade. Many of these amazing volunteers spend hundreds or even thousands of hours every year attending meetings, holding meetings, reading notices, writing articles, talking to lawmakers, protesting at the Capitol, and bringing legal challenges. Every legal means of resistance has been performed (and even a few peaceful protests that have resulted in criminal trespassing charges).

Finally, with the passage of SB-181 into law, communities believed they might finally have a chance at a change that would protect them from the dangers of these facilities.

Then, with the very first rulemaking, the Commission showed that it either fundamentally does not understand the problem communities are facing, or worse, that it does not care. They did that by proposing rule changes that will speed up the approval of applications while failing to propose a single rule that would help citizen groups protect their families, their homes, their communities, or the environment where they live.

For the first rulemaking, rolled out May 15, the Commission has targeted the “500-series” rules which govern practice and procedure before the Commission. There are currently 12 series, starting with definitions at 100, and going through the 1200 series which governs protection of wildlife. The rules of practice and procedure are fundamental in ensuring that citizens can rarely participate, always carry the burden of proof,  that penalties are light or waived, and that substantive rules can be ignored by the Director. Good, substantive rules are rendered almost meaningless because communities cannot enforce them, complaints receive little investigation, penalties encourage “pay to pollute,” and rules can be waived at any time. All of that is governed by the 500-series.

On May 15 the Commission announced it would be making changes to the rules to achieve two objectives: it would add more administrators to help approve thousands of applications filed before the 2018 election, and it would change the rules about providing evidence in “forced pooling” matters.

Environmental and citizen groups are widely shocked and outraged by this rulemaking, and 27 of us have elected to participate in this rulemaking as a result.

First was the failure to conduct stakeholder meetings with citizens or environmental groups prior to filing the notice of proposed rulemaking (the stage at which the broad outlines of the rule changes are “set” and cannot be changed). Second, was the rule changes themselves. After decades of fighting an ever more desperate battle (with climate change looming and new “mega-scale” facilities being placed in the heart of populated communities), the very first rulemaking was designed only to speed the processing of applications before any other rules could be changed to enact requirements on public health, safety, and welfare. Not one of the proposed changes will meaningfully alter the rules to empower citizens or force the Commission itself to place public health and safety as a paramount concern.

The citizen groups were promised: it is a new day. Protection will take priority over profit. But this first rulemaking is simply a continuation of prior policies. This community wants to believe the promises and wants to begin with this new commission with the trust that has been asked for. But the Commission could hardly have done more to injure that trust than it did by putting forward this rulemaking first, to help the industry first, and to ask us again to be patient and believe that help is forthcoming when the only thing we see headed our way are more drilling rigs.

Katherine Merlin is an attorney representing Colorado Environmental Advocates and Wildgrass Oil and Gas Committee in the first rulemaking. She filed a Motion in this matter to continue the rulemaking until the Commission goes back to consider community concerns about the 500-series.