Duly Noted: Let’s call it what it is: White supremacy. 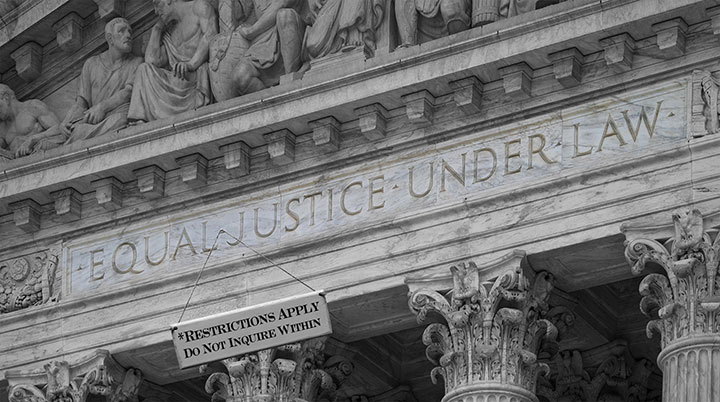 A lot of people — especially on the Right side of the aisle — think labels like “Nazi” and “racist” and “White Nationalist” are getting applied hyperbolically and with reckless abandon over the last few years. And maybe they were right at some point.

But in this long, tumultuous stretch since Donald Trump and Steve Bannon staged a takeover of the Republican Party — and were glad-handed and provided unabashed deference by the Republican establishment (like our own Senator Cory Gardner, who in 2016 tweeted, “I cannot and will not support someone who brags about degrading and assaulting women,” only to later bend the knee and endorse Trump for 2020 in an unsurprisingly sallow and feckless act of cowardice) — it’s been a steady drumbeat of racist and xenophobic policies on display.

But here it is in black and white. Word-for-word copied and pasted from the memos of a man who the New York Times referred to as the “Michelangelo of Republican gerrymandering.”

The case in question is already in front of SCOTUS. To summarize: The Trump administration added a citizenship question to the census in a thinly veiled attempt to intimidate hispanics from even filling out the form. The U.S. Census Bureau’s own estimate predicts a shortfall of 6.5 million responses. The domino-effect then would take hold, stripping states of House of Representative seats in predominantly blue metropolitan areas.

Elegantly simple in its application, and equally as diabolical. At the time the question was added, proving a racist intent was left to interpretation, and both sides had their talking points.

But thankfully our Michelangelo — a man named Thomas Hofeller — was a bad father in addition to being a white supremacist, and his Progressive, estranged daughter stumbled on a treasure trove of hard drives, which she provided to a non-profit focused on transparency in government. And on May 30, it all came to light.

As the Daily Beast put it succinctly, “One of those files was a 2015 study (Hofeller) wrote for the conservative news outlet the Washington Free Beacon, showing how redistricting based on citizens rather than total population would benefit ‘non-Hispanic whites’ and Republicans.”

And it was that very study the Trump Administration used as the basis for its citizenship question. Except the administration stripped the part about how the census question would benefit white people and Republicans and — in a truly disgusting Machiavellian play.— had the unmitigated chutzpah to claim the question was in an effort to help hispanics and immigrants.

In fact, the documents reveal that Hofeller had ghostwritten the letter from the Department Of Justice that requested the citizenship question — something DOJ official John Gore testified under oath that he himself had written. And on May 30, the ACLU filed a motion for sanctions against the Trump administration based on this earlier false testimony.

There it is. As plain as the nose on your face. We were lied to. Our own government is engaged in a premeditated effort to gerrymander Congressional districts expressly to further a white supremacy doctrine.

This is the face of Trump.