I attended the FKJ show at Mission Ballroom on August 8th. It was a goddamn mess of an evening, one only remedied by the incredible performance FKJ put on. Mind you, the last show of his tour was in Denver at the Ogden Theater. I was there but didn’t write about it because the performance felt forced, tired, and I suspected a bit of lip sync, my honest opinion. At the Mission, he put on a dazzling, high energy, all smiles performance, whether from being well rested since the tour ended or filled with energy knowing this was his last show stateside before heading home to his native France. We’ll get to the show in a second. First, the tea.

When I arrived at the Mission Ballroom for what would be the second major event they’ve hosted, Tycho having performed last week, our Lyft was met with a threat from a security guard cum parking lot attendant to have “my officers” ticket us if we were dropped before we reached the designated lot. I looked around confused, wondering what we had done to merit the threat (black Lyft driver, brown passenger?), and I wondered how this security guard was going to make actual police officers do anything. Funnily, on my way back from being dropped appropriately, not only did I see other people being dropped where he said not to but I also saw the police officers not ticketing people.

Why? Police officers don’t work for the security guards that are contracted by the Mission Ballroom. That threat was unnecessary and a clear abuse of power. Walking up to the Mission Ballroom I was looking to go to Westside VIP, as directed by the AEG rep on site. This is apparently an entrance that no one knows about. Not only did no security or staff know where it was that, one other security guard was rude as hell when I asked if she knew where it was. I saw no doors, signs, or lights on the “west side” of the building, so I headed over to the box office window to ask. Here I was told there was no way I was VIP and that I had to get in the main line. Huh?

It took almost five minutes of arguing before they accepted that I was media working with AEG and finally the guy there asked (even though I had already name dropped a few times), “who’s your contact, Callie?” After I said yeah, he said “okay cool. She’ll meet you over there,” gesturing at a back entrance towards the eastside of the building. I said “Okay cool, so there is a VIP”. He started to say something but I brushed him off and walked away because I was getting frustrated. Coming around the back door I was told to head to, you can tell it’s an entrance because there are metal detectors. Clearly a VIP or otherwise private, non-GA entrance.

Here’s where it gets fun, and no, it’s not time for music. Two White guys in work clothes were hanging out and said hi. I said hi. They said they were custodial staff or something. I told them, “that’s cool, I’m media, I’m waiting on Callie”. They said, “well I can’t let you in”. Again, huh? I said, “I don’t need you to let me in, I’m waiting on Callie, I’m media”. They said, “Oh, alright, I thought you were sneaking in”. Why tho?

Consider this: I’m in brand new pants from an $800 suit, a button-down, carrying a full camera case, and wearing leather slip-ons. I responded, “I’m not trying to sneak in, look at the way I’m dressed, do you think I need to sneak in? Why would you even say that to me? White people are the ones committing crimes across the country right now, not people to color. That’s rude”. They looked upset that I called them out. The funny part was the White guy doing all the talking was wearing a shirt that, on the back, said that, “value the contributions, experiences, and ideas of people of color in our communities”.

Hilarious. That was 9:55pm. That’s when I got a text from Callie that said she’d be down in five. I texted back that I had told her I was arriving 10 minutes before and the set time was 5 minutes away. My concern is, as professional media staff, I have to be in the show at a certain time to be able to document it. If I don’t, Callie and the rest of AEG will think that I’m not doing my job or that I’m wasting tickets… Not that anybody seems to care that last-minute approvals and an inability to transfer tickets to writers is the real problem.

Skipping over the entirety of the show, moving to the end of the evening’s fireworks, I headed to the head on my way out. I figured I’d beat the mad dash and I heard FKJ announce his last song of the evening. There was an attendant inside refilling one of the bathroom paper towel dispensers, the one that worked. The other two in there, a shortfall in itself given that there were 7 sinks, didn’t work. He wasn’t trying and had no expectation of fixing the other two. He said flatly, “they’re busted”. For two weeks in as a venue, that’s a massive failure. 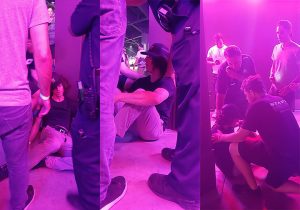 I came out of the bathroom a few short minutes later and there was a young man of somewhere between 19 and 25 years old, completely faded. And when I say faded, he wasn’t passed out with his eyes closed drooling on himself. He hadn’t thrown up. He was stuck in a state of shock and awe, eyes transfixed, mouth agape, on the floor with a police officer standing above him trying to keep him alive or trying to wake him up and snap him out of his delirium. There were other staff around and other folks, presumably friends, who became offended when I photographed the situation. The problem being, of course, that I’m the media and it’s my job to document such things.

The best part, or worst part depending on how you look at it, is that as I walked out the front door after being unnecessarily chided for my documentation efforts, was the fact that there was ANOTHER young man in the back of an ambulance being bundled up, as my blurry cell phone photos show, and about to leave the venue for hospital care. That’s two seemingly severe incidents at the Mission Ballroom in one night. This wasn’t even a hardcore EDM show where the kids are smoking DMT or snorting mollycain off bathroom stalls.

FKJ’s music, I would assume, isn’t specifically bringing those people out but those people clearly like FKJ. Given the very narrow entry space and the amount of security, I’m surprised folks are magically, unfortunately, getting past the mission Ballroom security staff to enter with whatever drugs they’re bringing in. Let’s hope those kids are healing up and doing alright and have learned a lesson.

The night itself doesn’t end with such an unhappy and unfortunate series of events because the night itself ends with thousands of people leaving happy, hands held, warm feeling, filled up by the music of FKJ. There’s something wonderful in being able to say that I saw not only the last show of his US tour but the last show of his time in the U.S., both of which happened in Denver. Go us!

FKJ’s shows are gorgeous, enigmatic, eclectic assemblages of sound and virtuosity. It’s really a lovely thing to witness a star of such immense talent who was found busking on the streets. The majority of the crowd was simply in love, in love with the music, in love with the night, in love with the space, and in love with each other. One young woman even asked to touch my hair bun (I have a lot of hair), and pulled me in for a kiss. I’m more a fan of consent than that, but it was gentle and felt like appreciation more than anything.

Up in the stadium seats – akin to Red Rocks’ and standout seating compared to the Fillmore – I was blessed to be able to witness the sold out crowd scream and sing along to the worldwide hit, Tadow, by FKJ and Masego. That was by far the climax of the night, after which it was a gentle unwinding and relaxing as we all came back to the earth from wherever in space FKJ had taken us.

Between the Ogden and the Mission Ballroom, I would say I prefer the Ogden. My preferences might be based on the ease of photography (stage heights, screen hanging distance) or my familiarity with the venue, or even the fact that the Ogden staff is so well-versed in their space that there is no room for error or issue, as opposed to the Mission Ballroom. That said, the Mission has so much room to expand its greatness, leave its imprint, refine its techniques and tactics, and an ability to train and retrain its staff, that I have no doubt it will become venue second to one, Red Rocks being that one, for years to come.

Enjoy Tadow, then check out some pictures: 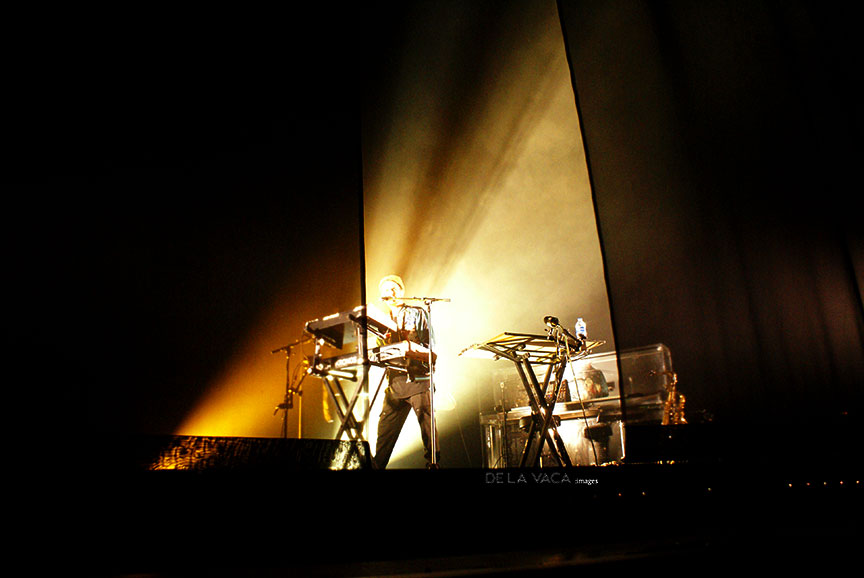 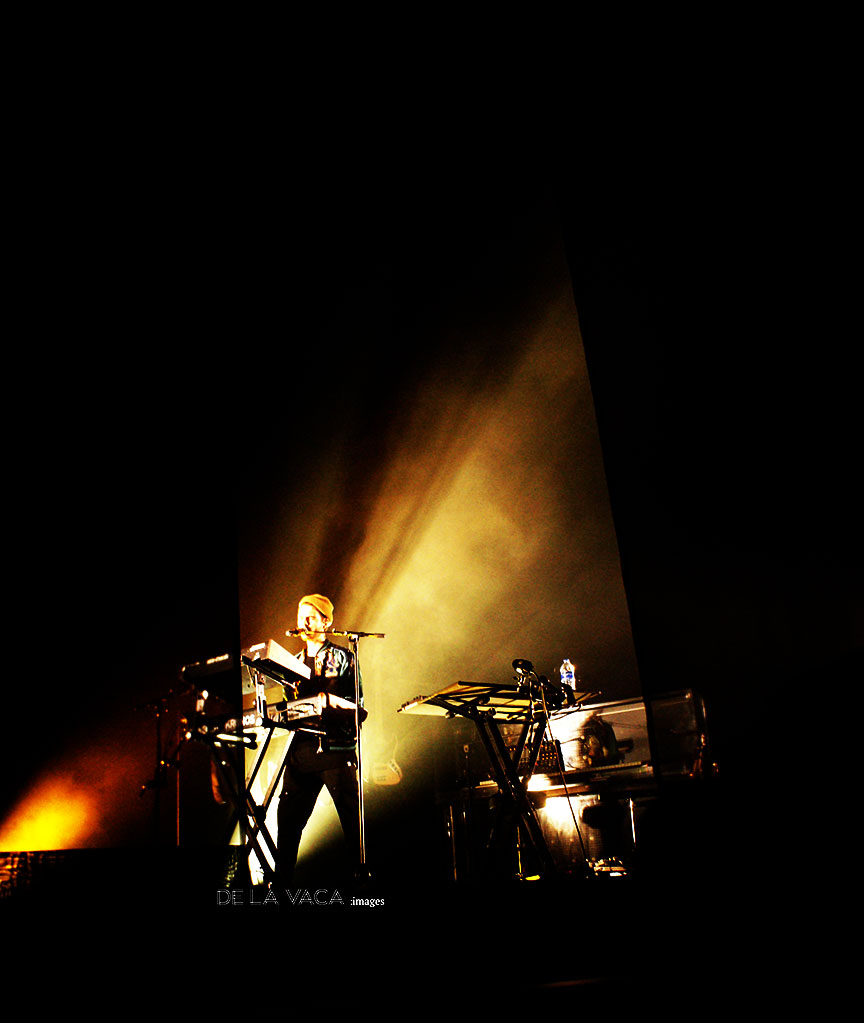 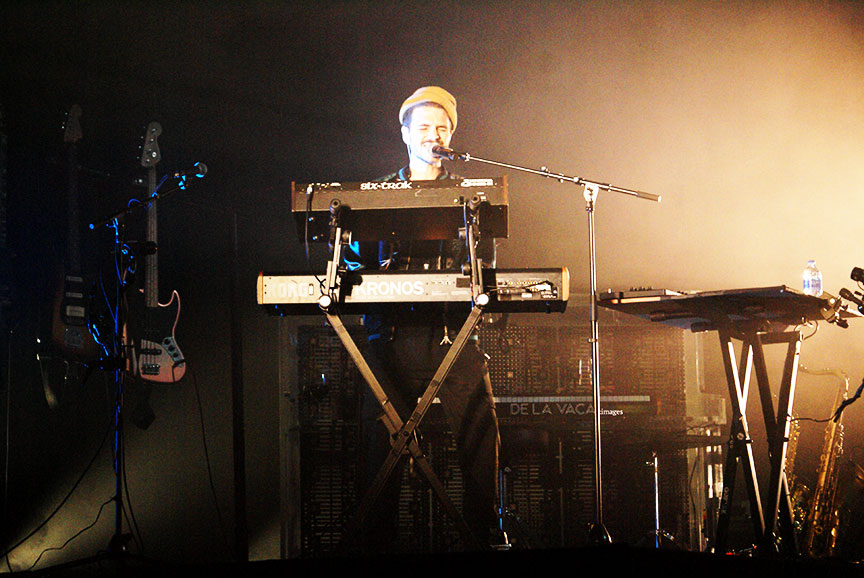 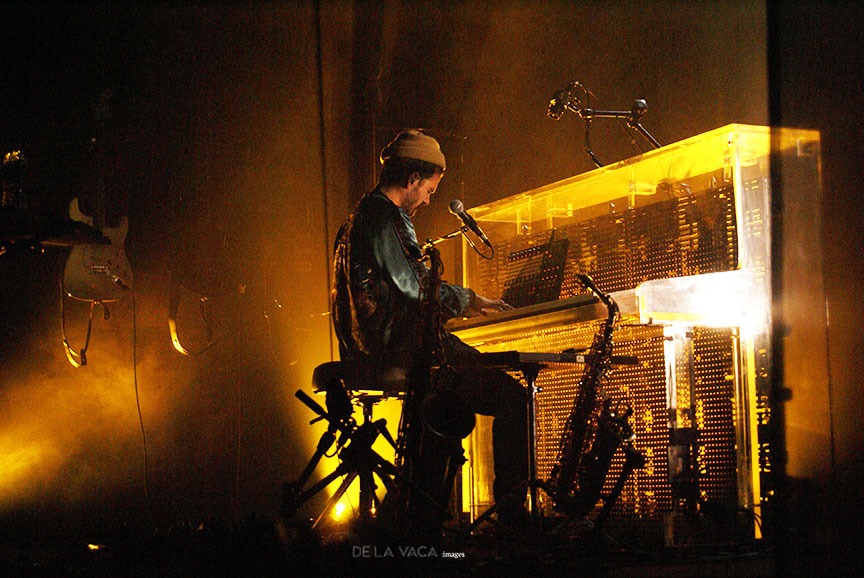 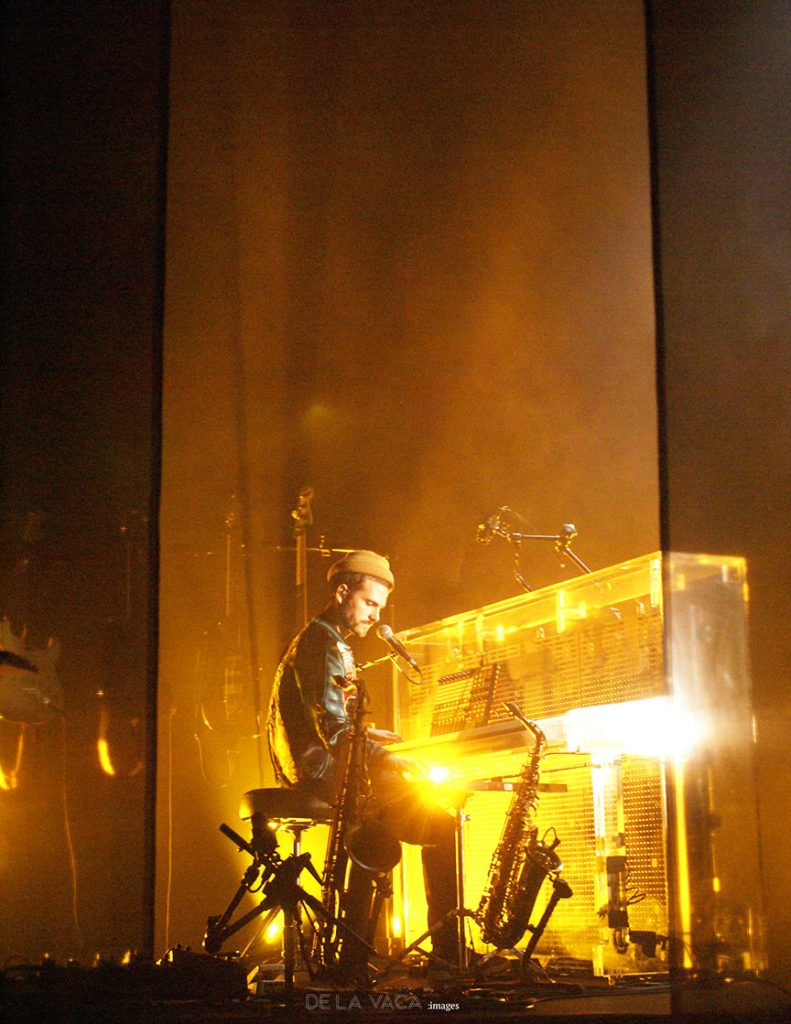 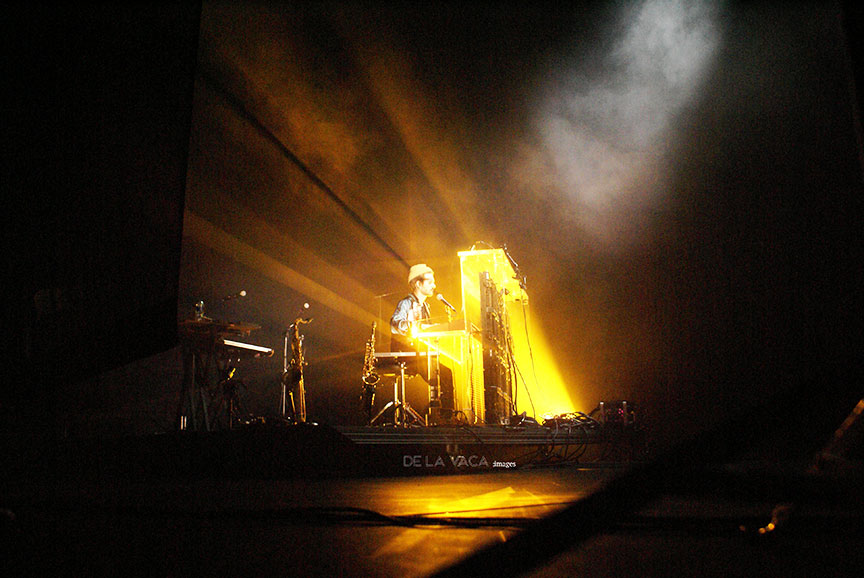 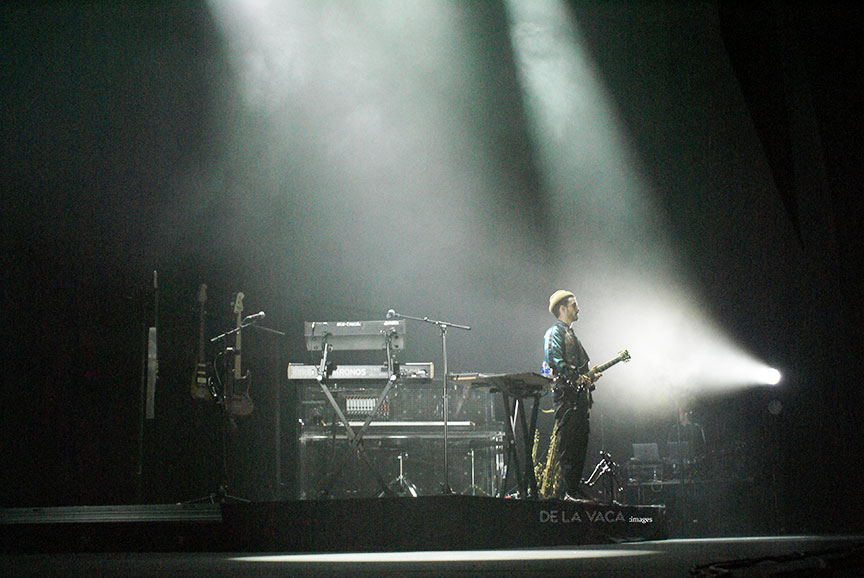 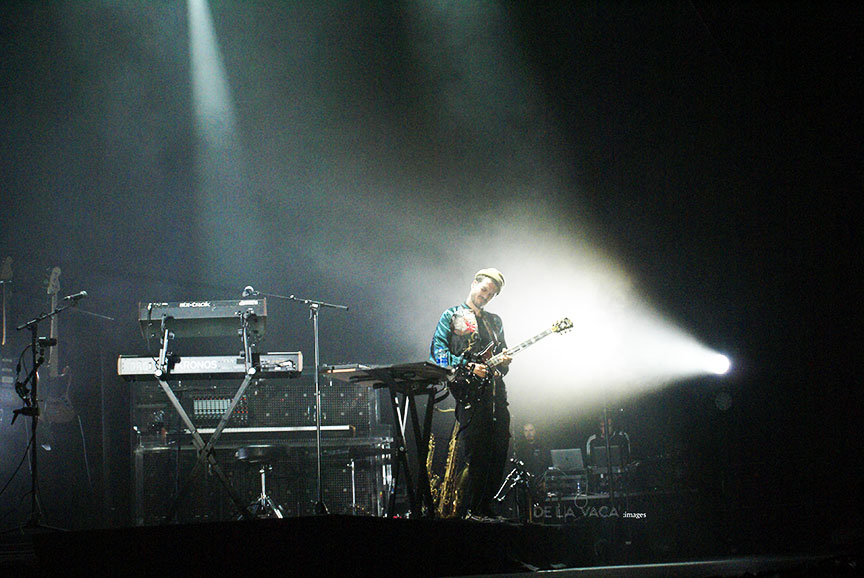 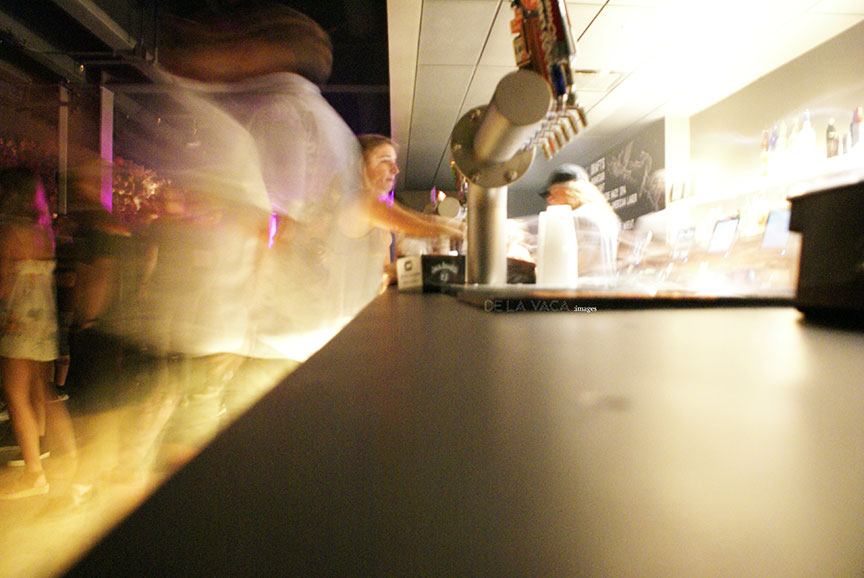 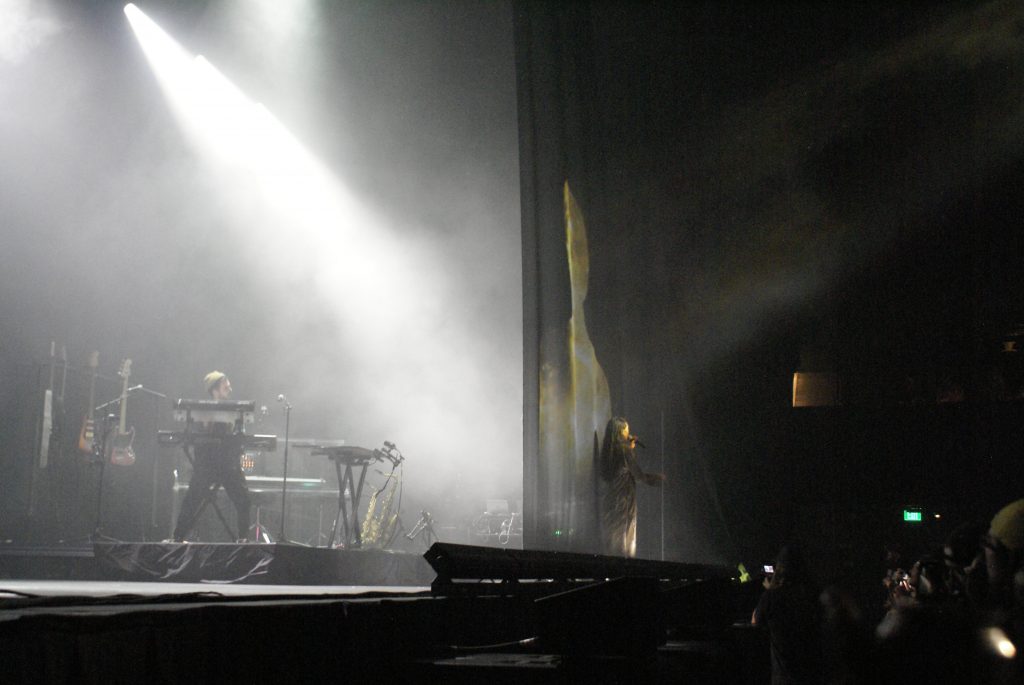 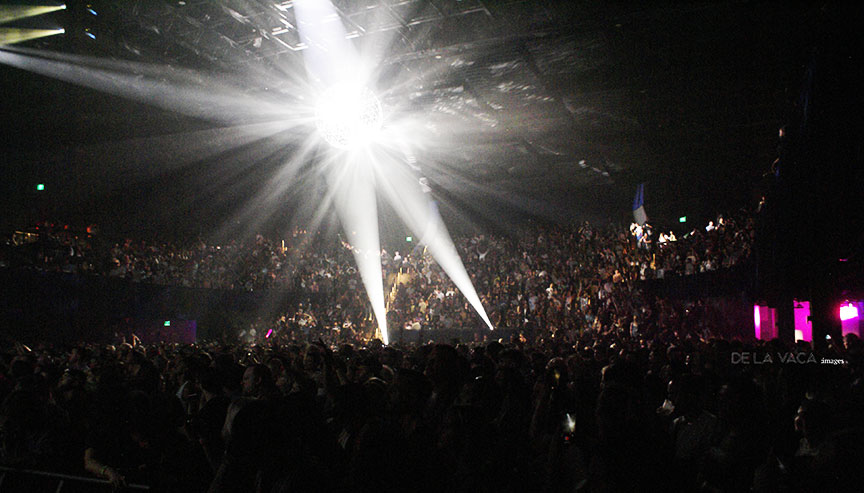 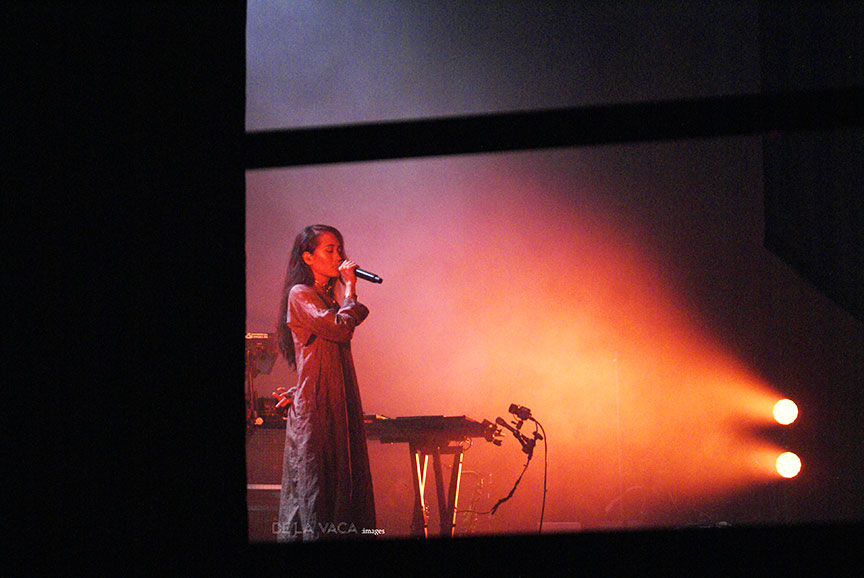 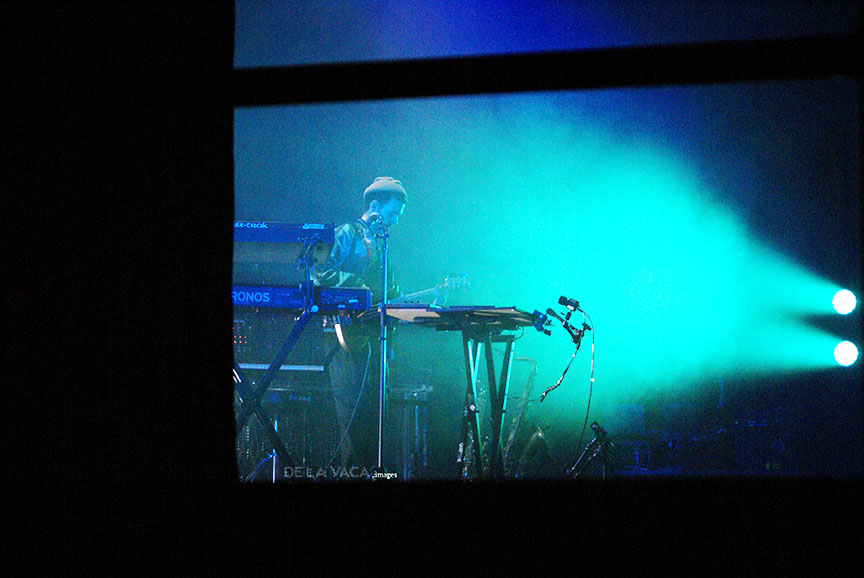