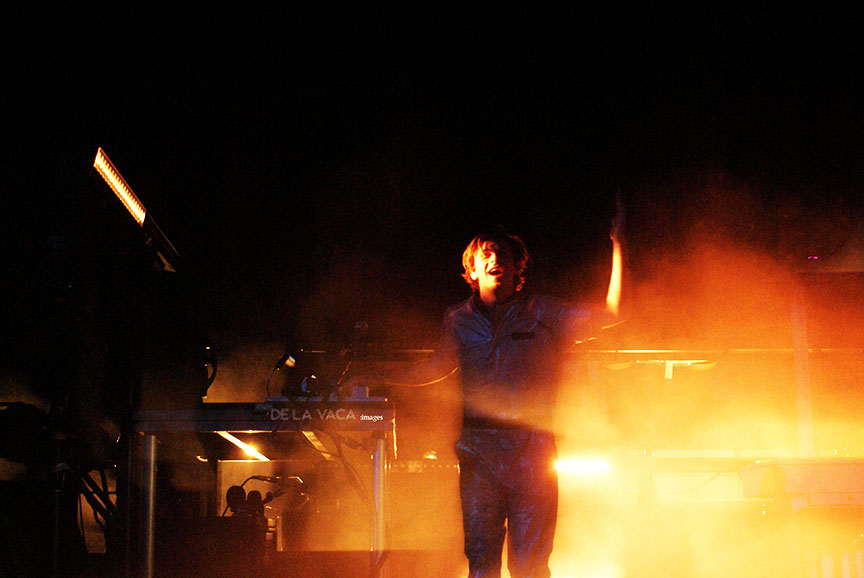 All photos by De La Vaca for Yellow Scene Magazine

We might have been late for the show but we were early for Flume, by the skin of our teeth and the luck of the emails. Our night was a crazy one. Let’s start there. We had gotten access to review Flume a couple days in advance of the show thanks to tour management (shoutout Reid and the AEG team), but we got last minute access to see Nas and Mary J Blige at Fiddler’s Green Amphitheatre, mere hours before. I had also been talking to the good folks at And The Black Feathers for a show review at Lost Lake Lounge because, contrary to popular opinion, I can really go in on some rock.

You can imagine the madness that ensued. Or maybe not.

My colleague and I ended up having to drive to Fiddler’s Green to secure the Royalty Tour tickets in person and transfer them to another writer (check yellowscene.com for the review by Solomie Ebebe). Then it was a 30 minute trek back up to Lost Lake Lounge where we missed the opening song but caught the otherwise full set from And The Black Feathers.

Turned out, fortunately and unfortunately, that this was not the same And The Black Feathers that I had been interested in seeing. Still, some good quirky rock and roll is always a benefit to my life. We’re interested in all the music, obviously. A two-man set up, lead singer and drummist, they’re a mismatched pair with one looking more like an 80s computer geek dad and the other looking like he could play backup for Metallica. Excellent rock, and would definitely check them again. We bounced before the headliner, Kalo, got on stage, but I gotta say…those were some dapper looking dudes.

Thirty minutes later and we were flying into the Red Rocks parking lot where my compatriot ended up having to urinate on the side of the road; yes, seriously. Luckily other event-goers were already on site and there was no one around; it was just her, a patch of grass, and some moonlight. Ahhh, the madness of show hopping to shoot and review. But that’s not all.

It took us quite a bit to get in because the staff at the box office had my name on the list but not my tickets. For some reason or other, our tickets were marked as “in hand”, a designation I hadn’t seen before but apparently meaning the AEG rep on site would have them. This is information that the box office attendant and myself have never experienced and, therefore, it took us some time emailing to get that information back. I attempted to call the AEG on-site contact three times but the call was not going through. I’m not 100% sure that the call failure was on my end or her end, but I know the call could not be placed. Text similarly went on replied. I was getting frustrated because I hate wasting time and missing shows AEG was good enough to let me review.

Alas, we found the AEG rep, made it into the venue, got a couple tall cans of Coors Banquet, found some seats just north of the exclusive VIP section, and settled in for the show. I ran down to join the rest of the photographers for the opening and we’re so glad we had a photographer on site. Our images are never the best (because we use an older camera), but they always have the most character; it’s a graininess reminiscent of the golden age of rock photography, not the same perfect shot everyone with 15 inch lenses is getting. We love that.

And we love that this set provided for lots of character. Flume came out to what would become an incredible and vibrant laser light show that reminded me of something out of Akira or some other badass dystopian flick with Technicolor madness. I’ve never seen Flume live, so I’m glad I was here today. I’ve had friends telling me I needed to see him and, having been to a lot of festivals including Sonic Sonic Bloom and Global and ARISE, hitting up a one-night show instead of a multi-day festival of EDM was just what the doctor ordered.

Truthfully, in my humble experience, DJ’s can oftentimes feel remote from the crowd. The crowd is engaging the music, the drop, the vibrations, the energy around them. The turntables often come in between, an intermediary of sorts, through which the DJ communicates and engages. Flume did an excellent job of setting up his stage in a way that made him the center of his show and enabled him to engage with us. That was intentional because he spent the entire show moving back and forth between sets, between songs, between gear stations to engage the crowd and participate in his own show.

This was especially notable over the three guest artists that were there. These included his openers, who is should be noted, were largely castigated online for their performances (or lack of attraction the EDM focused kiddies in the park). When Flume hit the stage he use spray paint to stencil the words this Flume, which was projected on the big screen, and which he held up for all to see, which set the crowd screaming. Later he would alternatively use an electric grinder to scrape the words Red Rocks into a piece of metal, live on stage, in between switching songs, and smashing a computer to pieces with a sledgehammer. Cue the post-modern performative arts arousals. 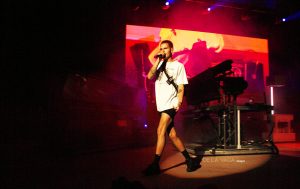 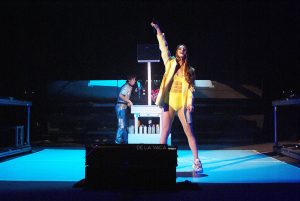 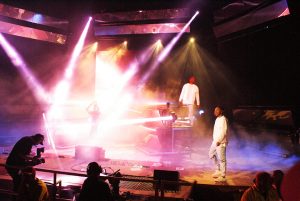 Additionally, he spent time in choreographed dancing on stage, laying on the floor letting lasers interrogate him, and otherwise being a wildly skilled entertainer. It was all incredibly genuine and very cool to see. The crowd, whom it should be noted were all between 15 and 21 it seemed, we’re having a blast and, even though this was more of an old school one day rave style event, and the crowd was young, it wasn’t as crazy as I expected it to be.

The one drawback to the entire event, which is a common drawback to events at places like Red Rocks and other mainstream venues, is the lack of Leave No Trace mindset. My colleague, a big festival goer and professional event person, actually tried to help pick up trash at Red Rocks and was told not to. I’m not sure if it’s a liability issue or if she was just in the way while she was doing it, but I found it strange that staff would stop somebody from picking up trash. Otherwise, the show was wonderful. Not to repeat myself but this was my first time seeing Flume and really diving into his music, and I have to admit that I’m adding a whole bunch of it to my playlist. 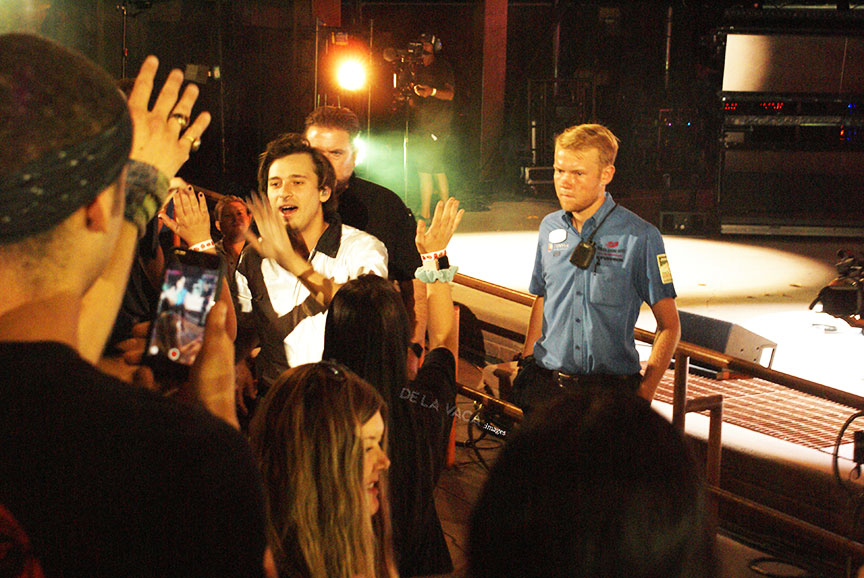 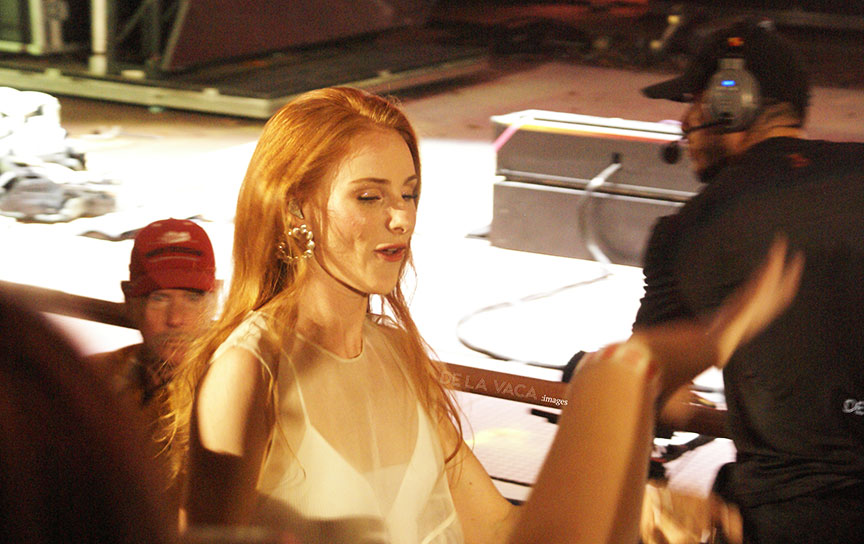 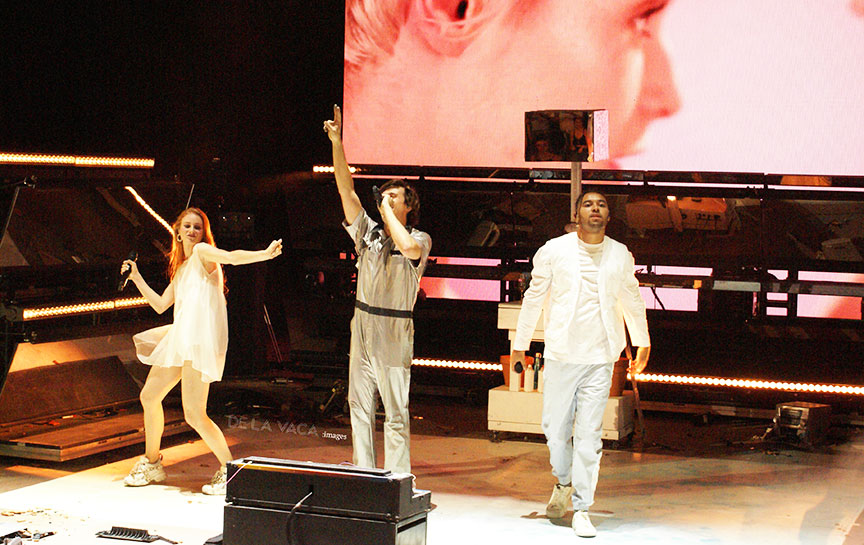 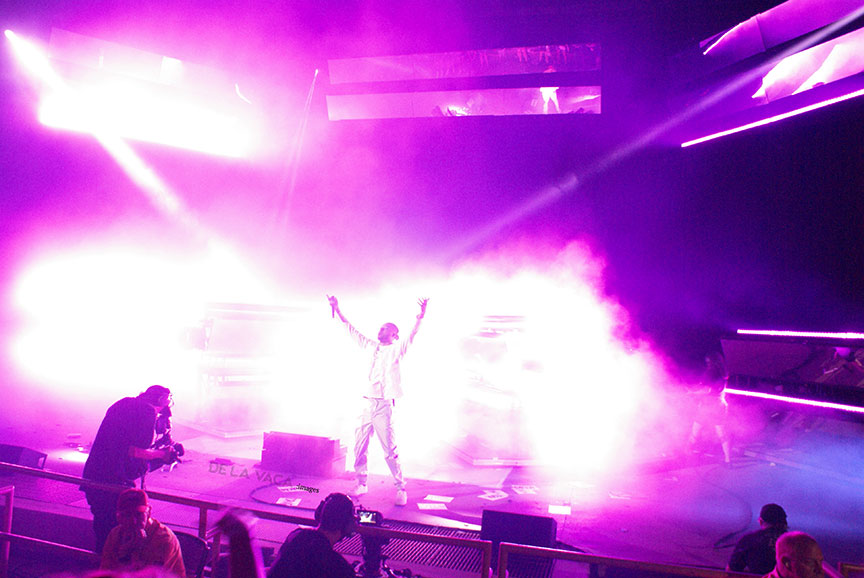 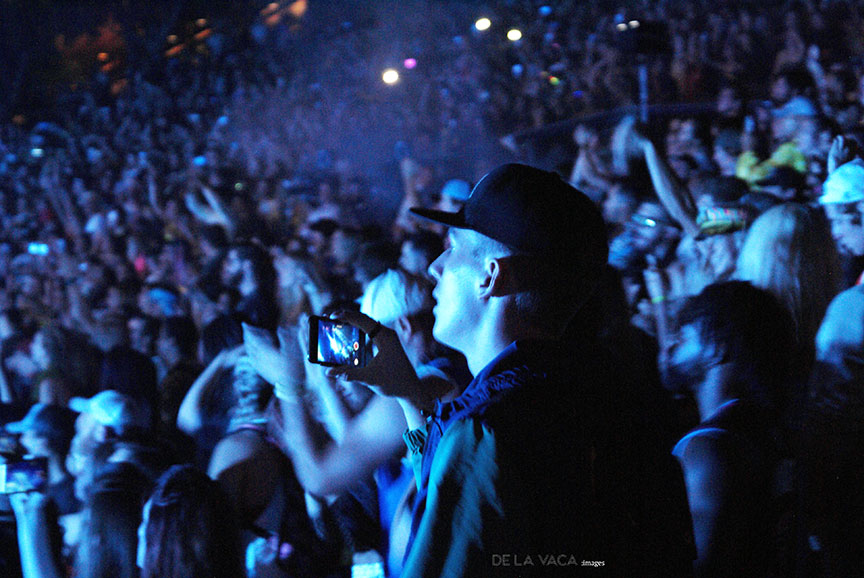 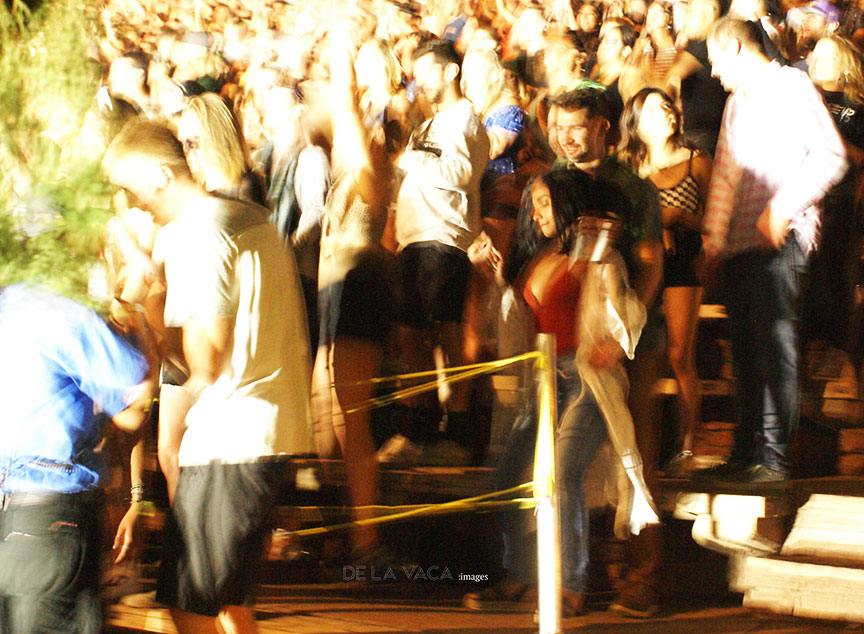 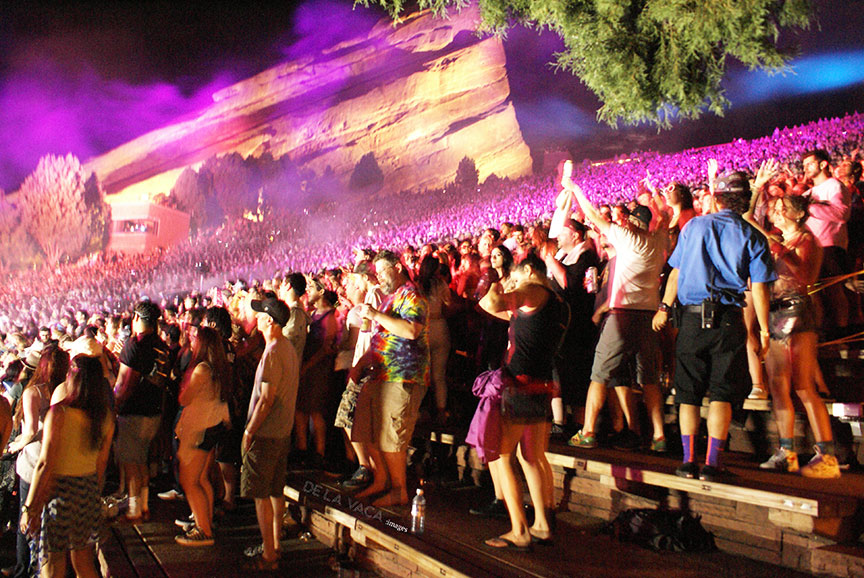 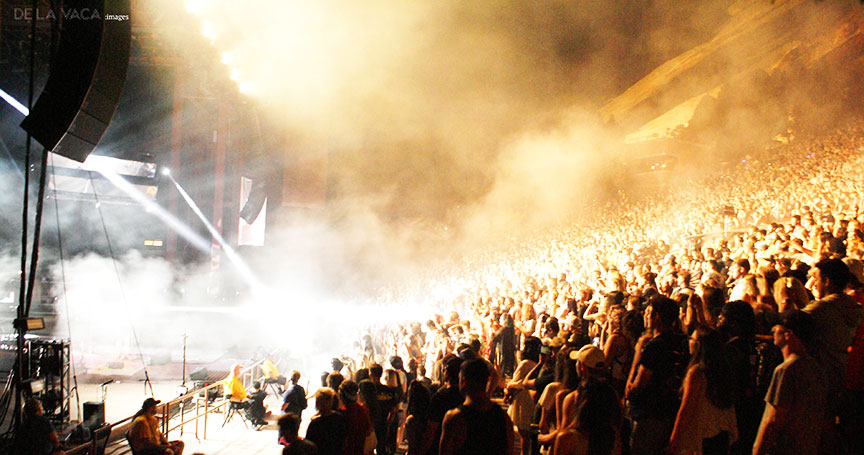 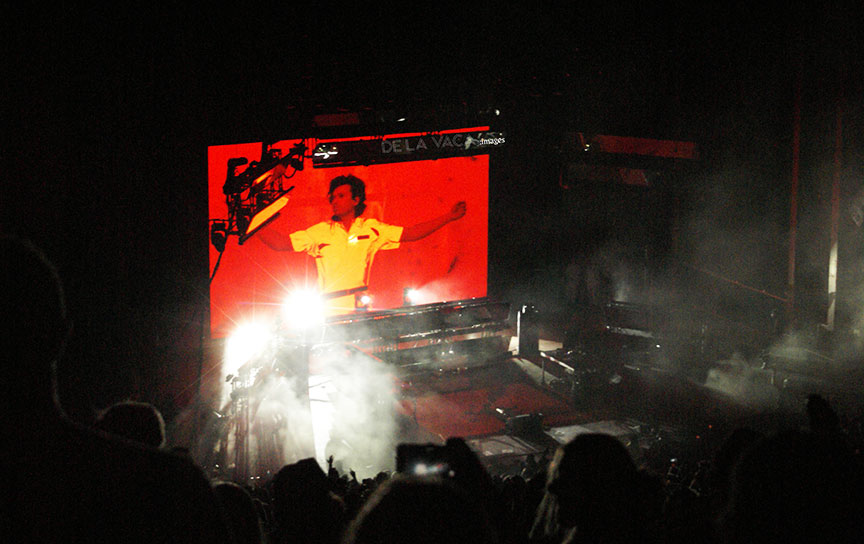 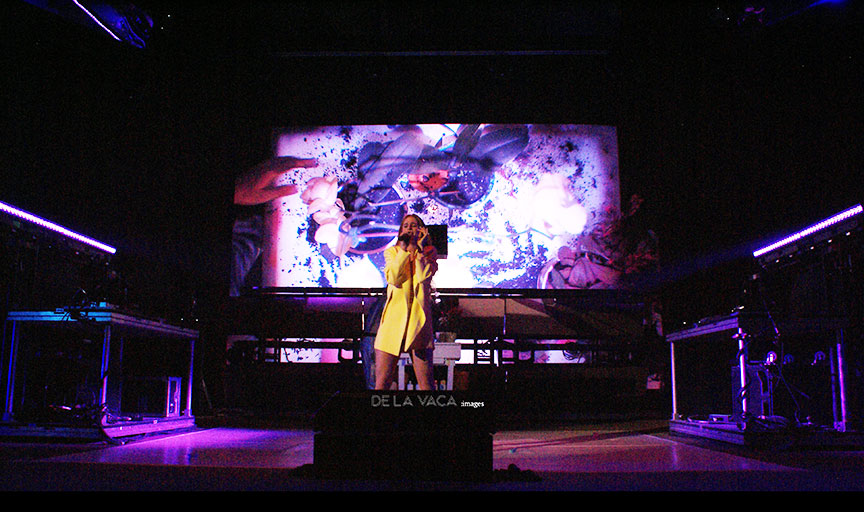 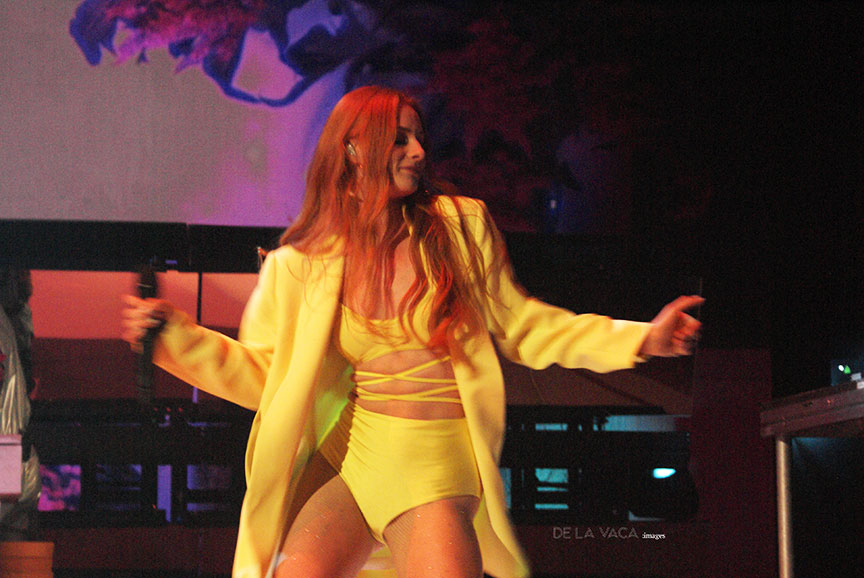 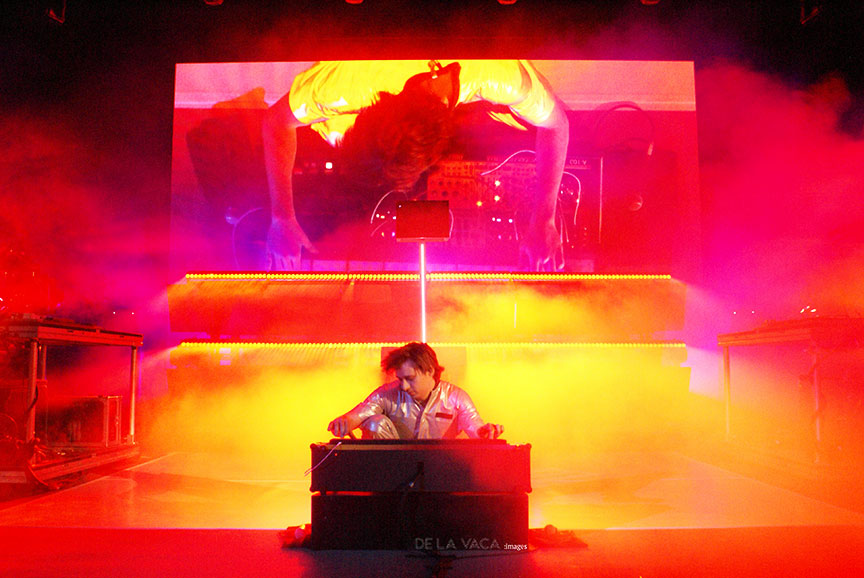 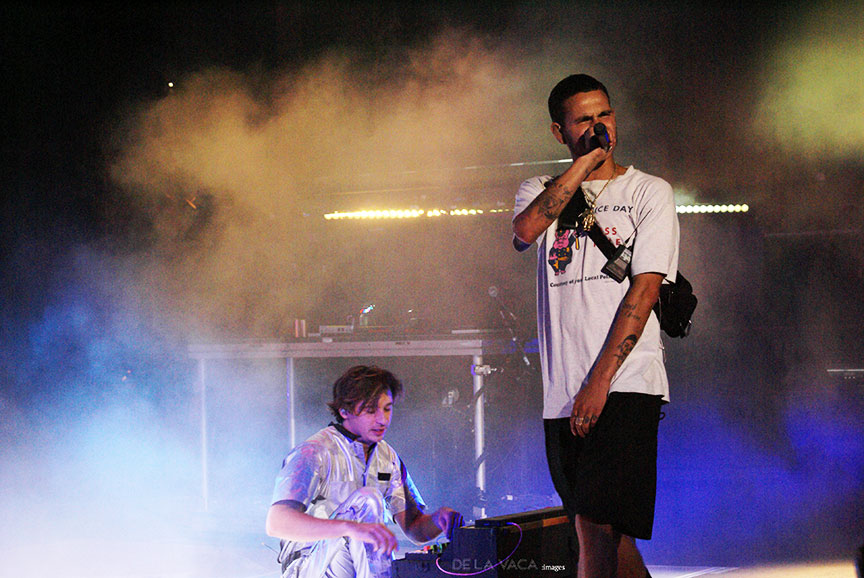 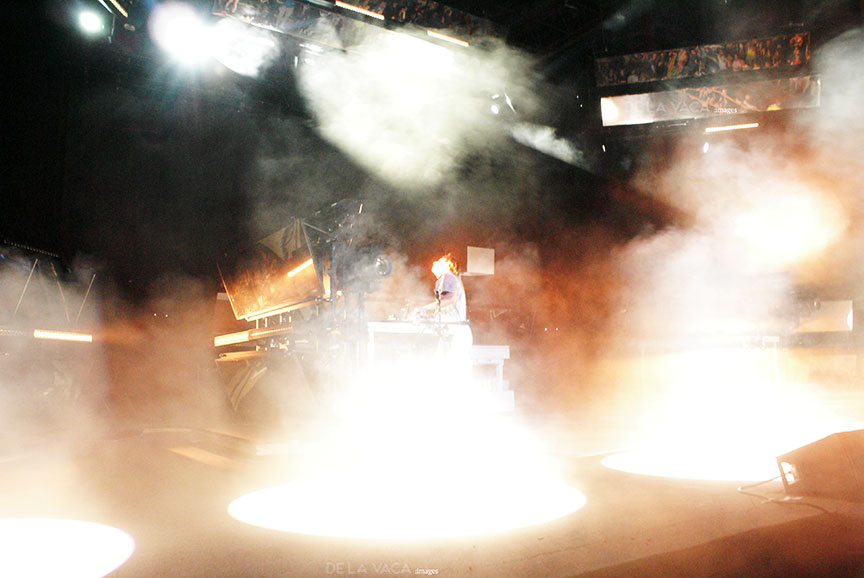 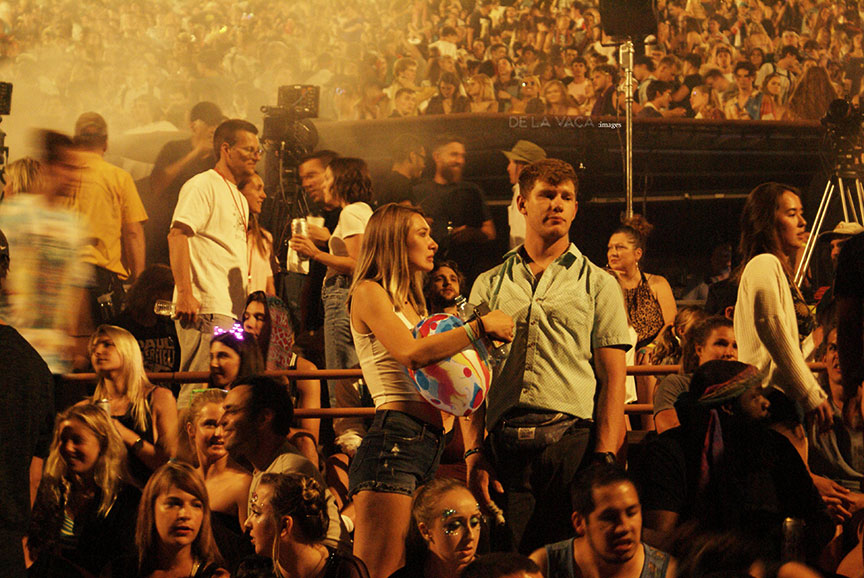 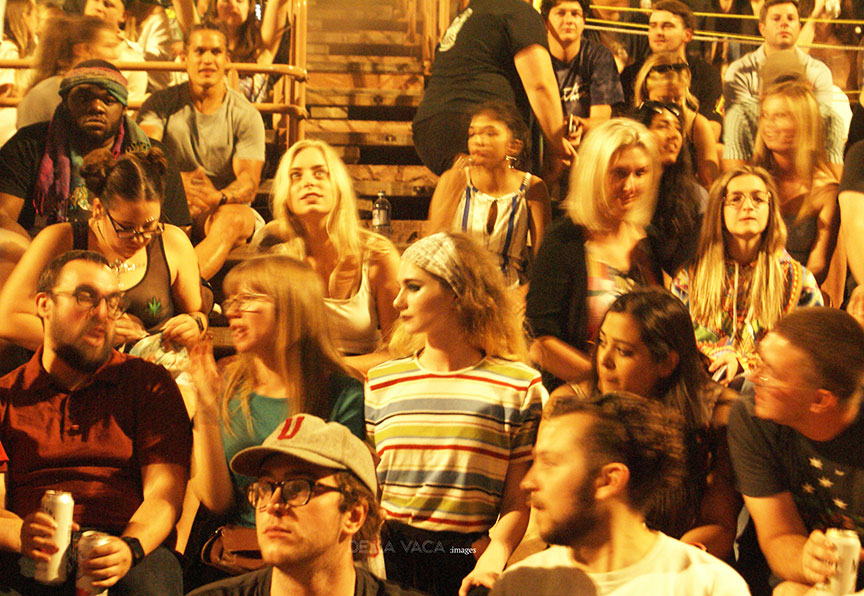