All photos by Solomie Abebe

Nas and Mary J. Blige kicked off their Royalty Tour in West Palm Beach, FL, in mid-July and arrived in Denver on August 7, a rainy Wednesday night, at Fiddlers Green Amphitheatre. The rain certainly didn’t stop Hip Hop and R&B’s royalty from performing an epic one-of-a-kind show, a fact predicted by the amphitheater’s phone recording announcing a rain or shine show. Celebrating their breakthrough albums – Nas’ “Illmatic” and Blige’s “My Life” – 25th anniversaries, they decided to tour under a fitting title, “Together: The Royalty Tour”. Veterans in the game, they’ve been around since the 90’s and perform as if their prime will never expire. It’s hard to imagine that artists from more than two decades ago can give such exhilarating performances, taking us back in time, almost like we never left. For the youngins’, this was  a sneak-peak into what music felt like in those sacred times, the age many now consider to be the true Golden Era of Hip Hop. It’s a look at greatness that many artists attempt to emulate, sampling the nostalgia, especially through these two artist’s most renowned hits.

Hitting the stage in a royal stance, the living legends Nas and Mary J. Blige laid their foundation for the night with their latest song “Thriving”, which came out this past May and symbolizes their resilience and ability to remain relevant from 1994 to present day 2019. Ending the intro with their 2012 song “Reach Out”, Nas, also known as Nasty Nas, conquers  the stage solo, bringing us his classic Queens style by opening up his set with the James Brown sample “Get Down”, adorning a dapper white suit jacket, tapered black slacks, and a studded medallion. Following up with “N.Y. State of Mind” off of his first studio album “Illmatic”, which debuted at #12 on the Billboard 200 chart, and has sold over 2 million copies to date.

One of the most influential albums in Hip Hop history, Nas performed Illmatic hits like “Life’s a B”, which samples The Gap Band’s “Yearning for Your Love”, “It Ain’t Hard To Tell”, and took us down “Memory Lane”. In addition, he performs his recognizable songs like “Made You Look”, “Street Dreams”, “One Mic”, “If I Ruled the World” which the crowd knew word for word, as well as his verses in “Oochie Wally”, and Missy Elliott’s “Hot Boyz”. As distinguished as he is, his messages in between songs were just as profound, claiming his “weapon of choice is my voice”, reinforces the crowd’s confidence by acknowledging that we all have a voice too. The fans chanted “Great Nas” while he hyped us for the Queen to take the stage.

Sean “Diddy” Combs appears on-screen, boosting the crowds energy to welcome the “Queen of Hip Hop Soul”, and the crowd yells while the doors open to Mary yelling  back “Denver”, catching our eyes with her hot pink romper, her signature knee-high boots, and sleek blonde hair. Launching her set with the ever popular “I Can Love You”, following with “The One”, her fans dance and hype her up chanting “Go Mary” while she works us with her trademark dance moves. “My Life” is Mary’s second studio album, which debuted at #7 on Billboard’s 200 chart, #1 on Top R&B Album, and named as Time Magazine’s 100 Greatest American Albums of All-Time. Performing fan-favorites from the Grammy-nominated album such as “You Gotta Believe”, “Don’t Go”, “Mary’s Joint”, “I’m Going Down”, and the title track “My Life”, which sampled Roy Ayers “Everybody loves the Sunshine”. Mary’s stage presence was breathtaking, along with the bursts of flames, clouds of smoke shooting into the sky, and her backup dancers and singers definitely gave us a show. You really got to feel Mary’s raw emotions on stage the uniqueness and soul in her voice, but especially when she took a break to sit down and give the fans some wisdom, encouraging us to keep relationships healthy, ending with the song “Fine” and “No More Drama”, reminding us that everything will be just fine on our spiritual journeys. Blige sings about her trials and tribulations, which varies from break-up songs to positive affirmations, making her a relatable artist and her music timeless.

Topping the night off, Nas came back with an encore to finish up their set in a crisp black t-shirt, while Blige had two more outfit changes, now wearing a white corset bodysuit and cut off denim shorts. Performing their 1997 hit song “Love Is All We Need”, they kept it going with the ultimate Blige and Nas nostalgia with “Family Affair” and the crowd singing along that “We don’t need no hateration”. The crowd went wild and danced out their seats, singing their songs at the top of their lungs. Nas and Blige ended their show with sparks of fireworks and the fans feeling satisfied.

From New York to Denver, from the 90’s to now, Nas and Mary J. Blige proved to us time is Illmatic, giving us the true royal treatment. The 22-stop tour will end September 10 in Ontario. For fans of the golden era, of the true school of classic hip hop and soul, you don’t want to miss this one! 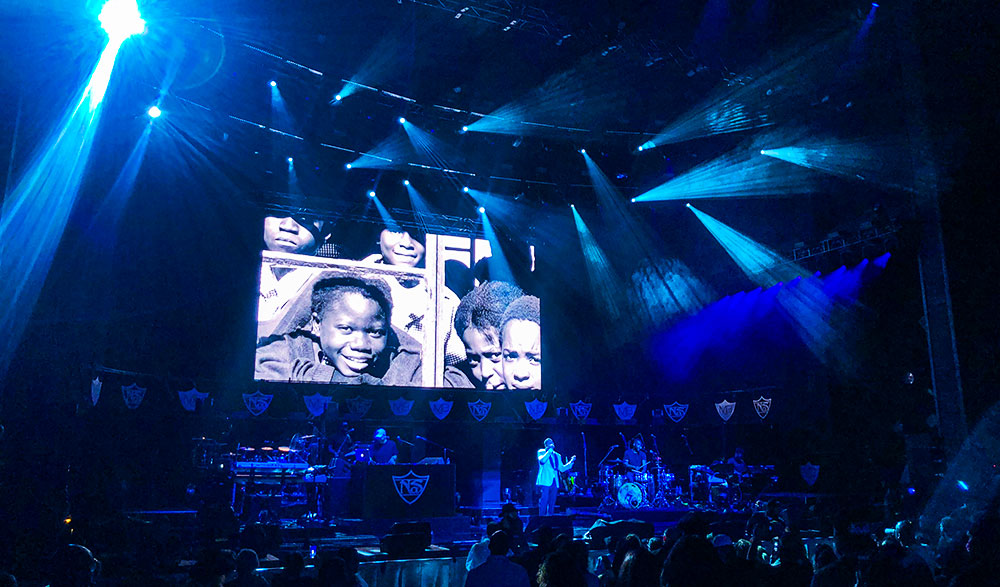 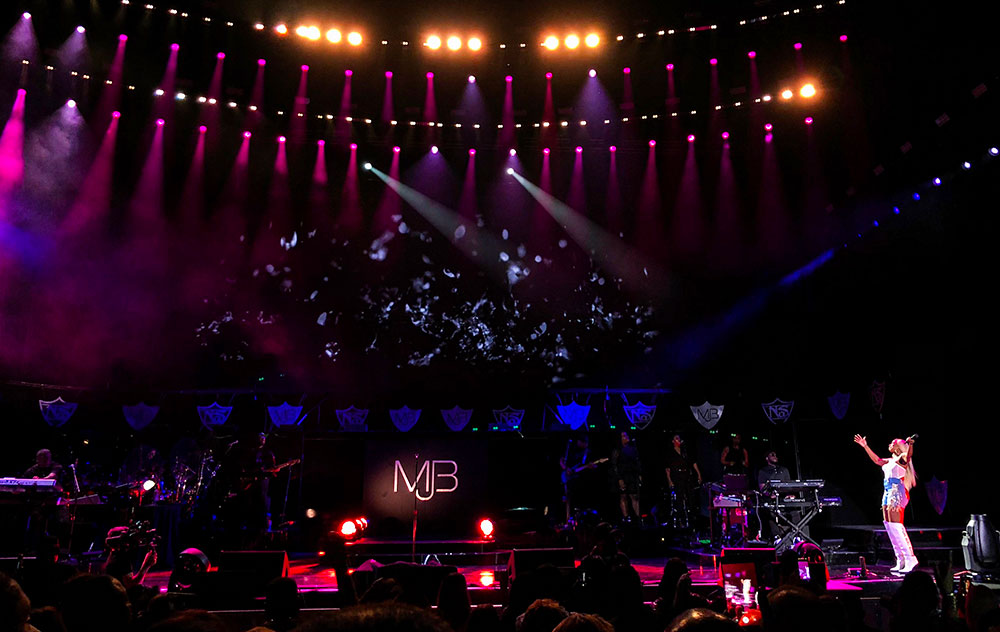 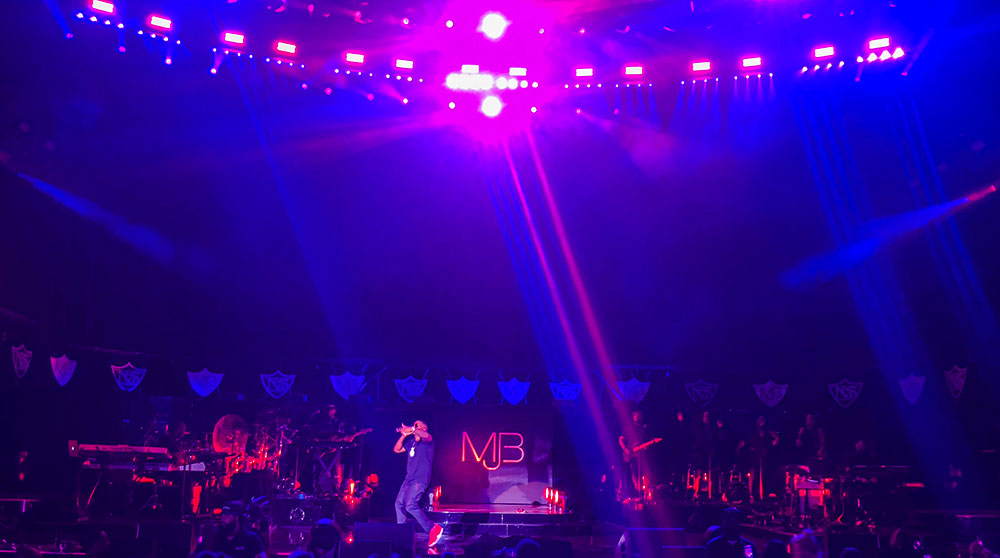 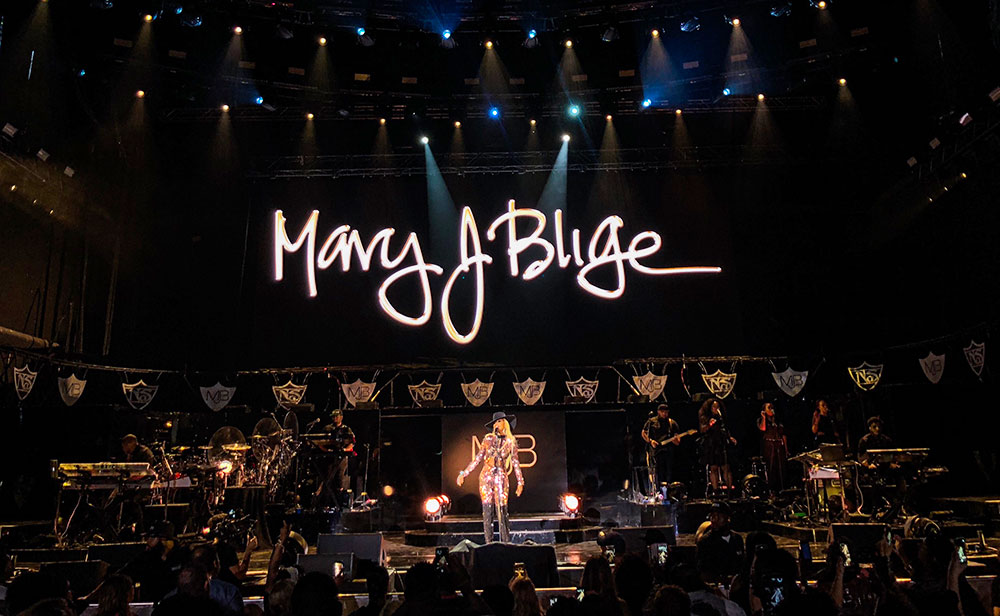 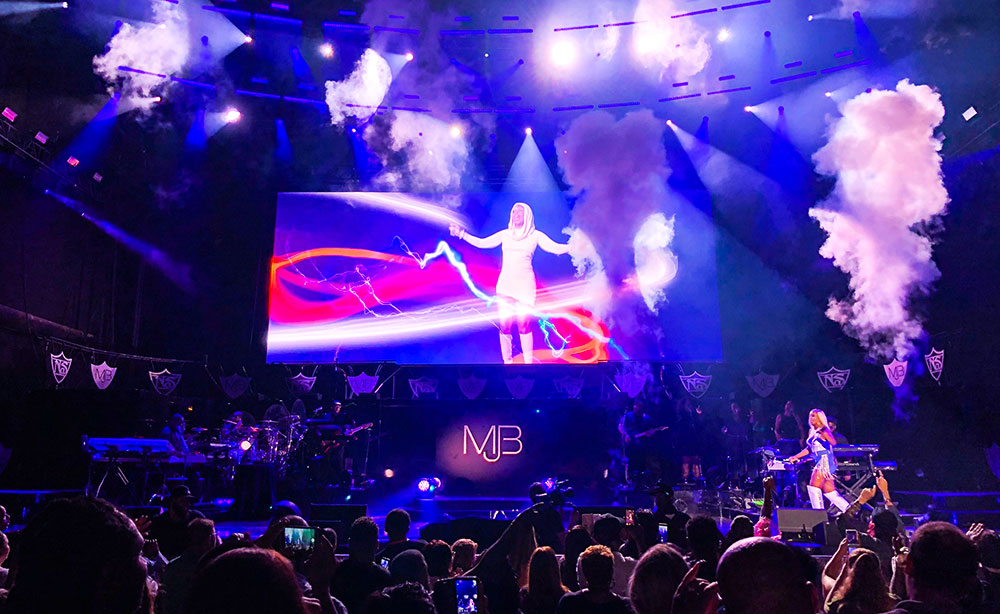 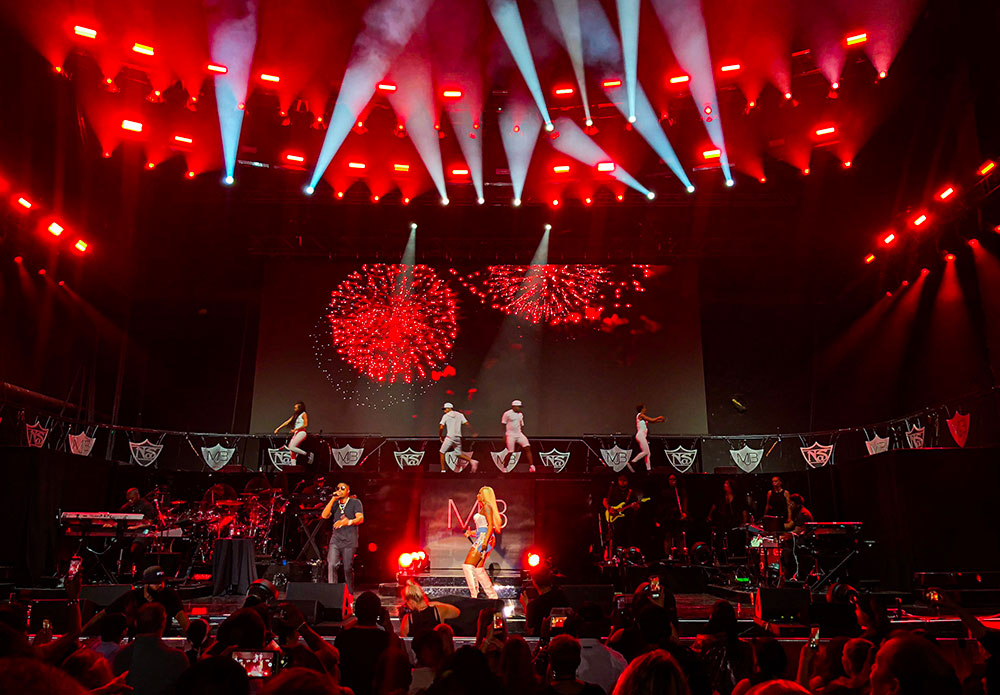 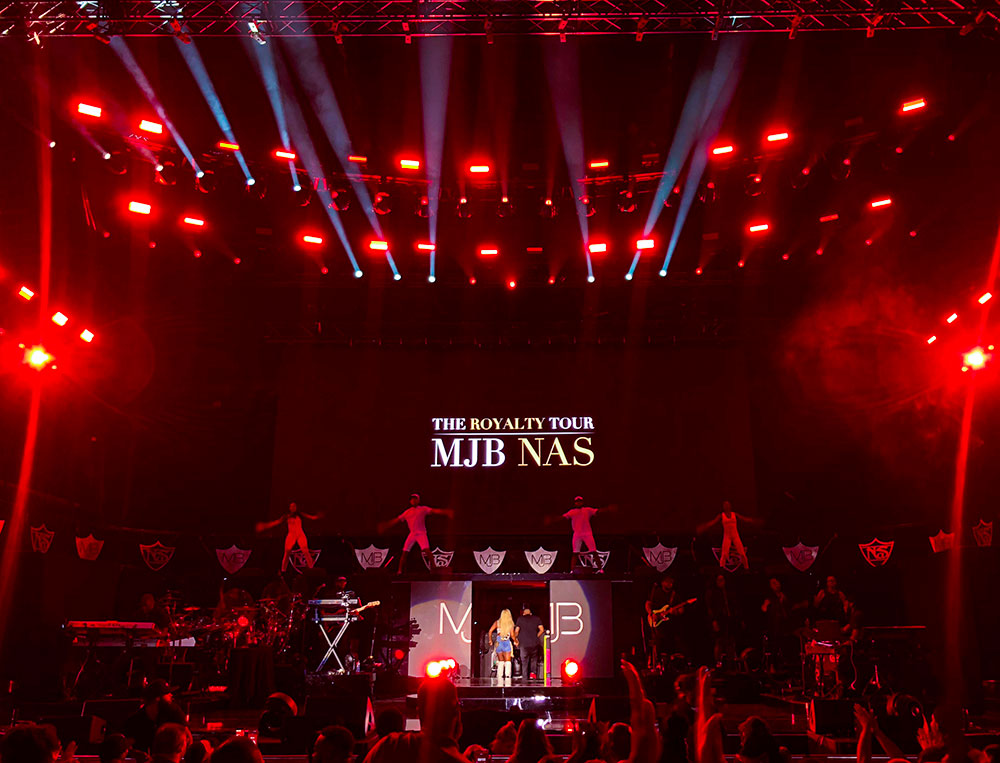 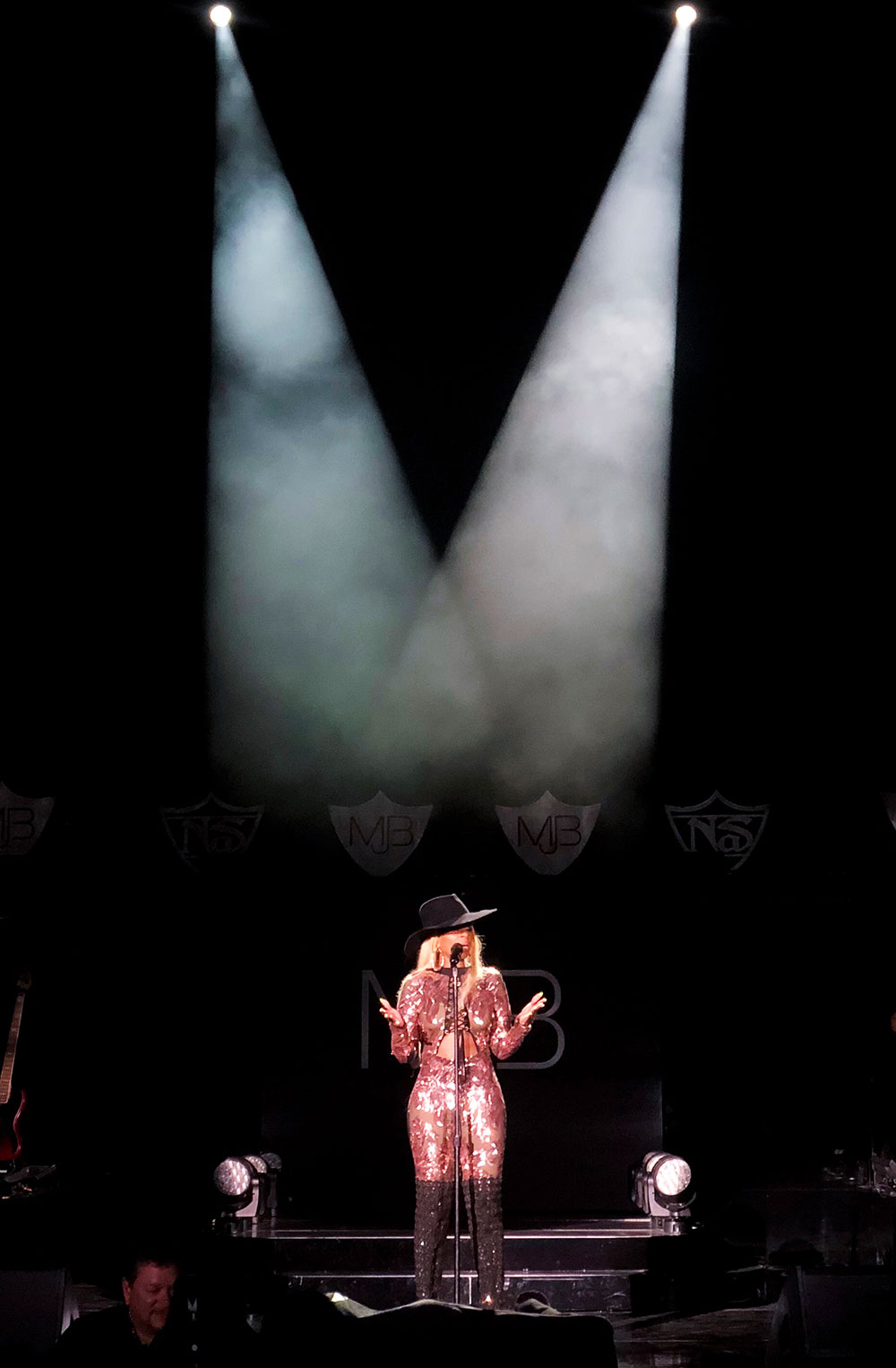 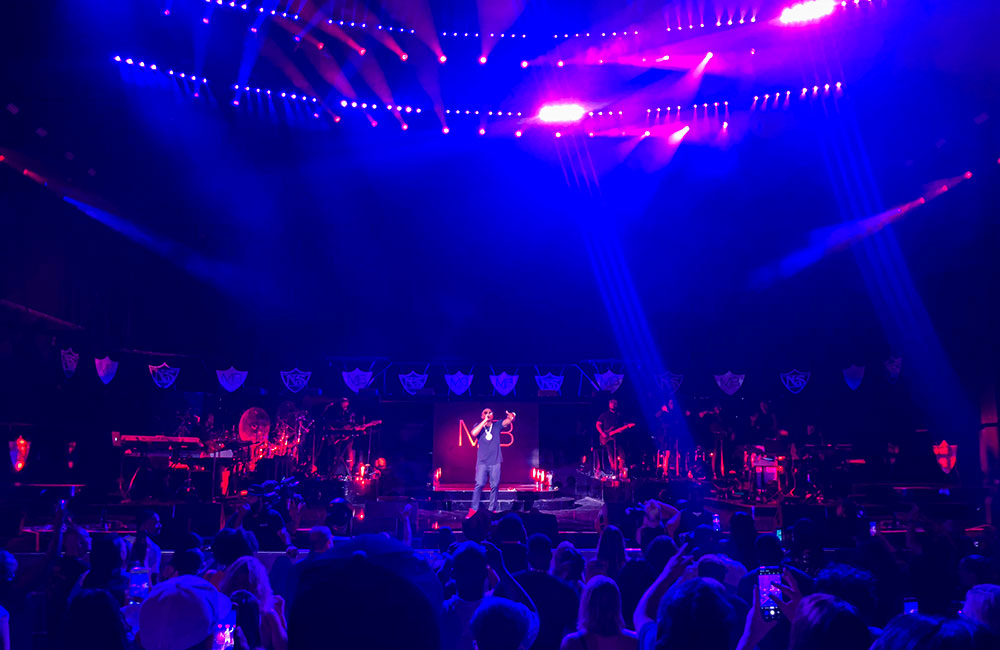 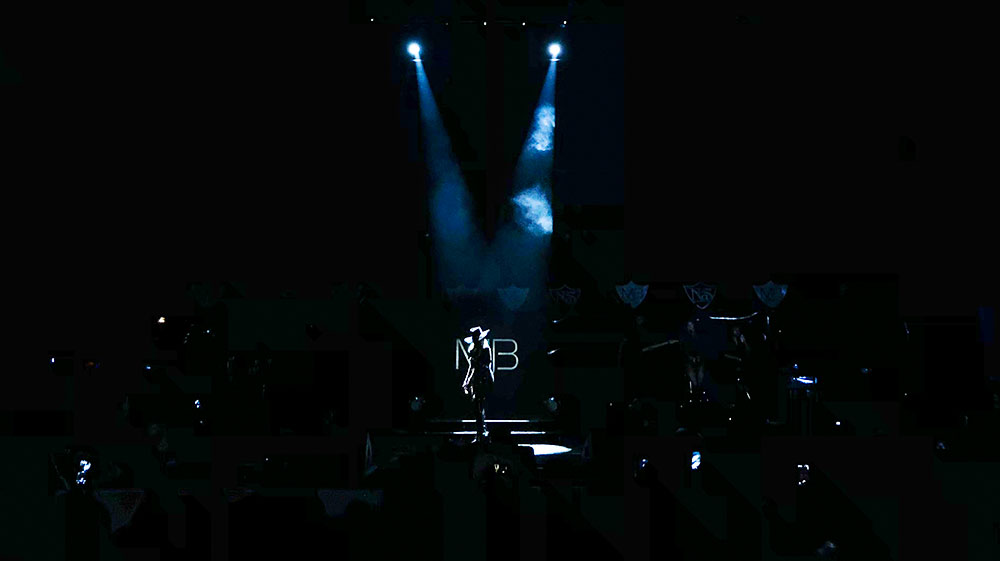 View all posts by Solomie Abebe →