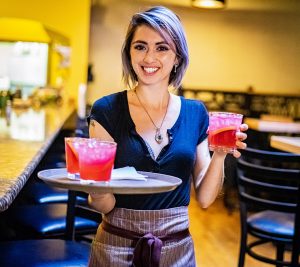 It may not seem so, given the recent frosts and our northern hemisphere, mile high location, being in the throes of winter, but it’s citrus season. Rejoice, y’all. Some people are paying attention. One person specifically on the ball (oranges are ball shaped, so it counts), is the Food and Beverage Director at Rio Grande Restaurants, Erich Whisenhunt, who has included the delectable blood orange in the new season menu, available now.

Whisenhunt, after decades of effort – no culinary degree – learning in Rio’s kitchens, front and back of house, all the way up to Food and Beverage Director, taking culinary tourism trips to perfect his skills, is no slouch in the creativity department.

He’s bringing in recently ripened California Moro Blood Oranges, creating a TexMex Menu with Italian Ties: The moro variety originated in the 18th century in Sicily. Mind blown. Moro blood oranges are the most colorful of the blood oranges, and he’s using these qualities to perfection. 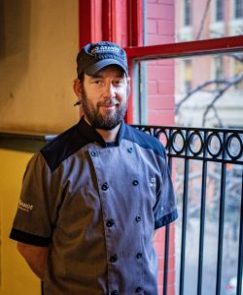 Stop in for a Blood Orange margarita, the Blood Orange Lobster Taco (which surprised me, given my historic aversion to lobster – I know, I know, blame my palate), and the Blood Orange Winter Citrus Salad. Tie it all up with a lovely Mexi-dessert bow by inhaling a couple of their impeccably delicious – and seriously authentic (take it from a Brown guy from East LA) Churro, Served with two dipping sauces: Mexican chocolate and dulce de leche whipped cream.

A few facts about the Blood Orange:

• They are in season from December through May

• They are a variety of orange with crimson, almost blood-colored flesh.

• They tend to be easier to peel than other oranges, often have fewer seeds, and have a sweeter taste.

• They’re an amazing ingredient item for any number of concoctions. It’s limited only by creativity. 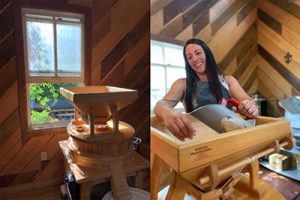 For those who live and die by the carb, Andy Clark, founder of Louisville’s Moxie Bread Co., has recently announced plans to open a wholesale grain mill in north Boulder. Named “The Mill Site,” and open now, the facility is stepping into a niche area that is currently unserved.

In keeping with their motto, “Community, not commodity,” they are taking the current milling landscape seriously. Pointing out that, “100 years ago, there were 14,000 local mills in the United States. Farmers used them to mill and package their grains, which were then sold by town grocer to the friends and neighbors of the community. But today, there are only about 200 mills in the country, and half of those are large international facilities,” The Mill Site will be a huge service to the local – and regional – economy, providing locally milled grains for use in a variety of ways.

According to their press release, “The Mill Site will be 1200 square feet of combined wholesale and retail space: where heirloom and organic grain farmers can mill their crops, and also where whole grains can be sold to the public and milled to order. Classes on baking, distilling, and brewing will also be offered,” making it an amazingly versatile community foodspace.

They have plans to make it a non-profit, expressing critical and well considered goals: “With support from progressive, change-oriented companies, and working in conjunction with refugee placement programs and detention centers to help immigrants who are stuck in our current administration’s sticky web get a helping hand. We want to not only keep retail costs low and develop great relationships with people who care, but also provide substantial job creation and education for the members of our community. That’s what really matters.”