A View from the Outside: An American in Thailand 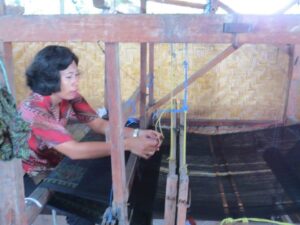 After years of living outside the United States, I can only watch recent events unfold with the horror of someone who looks back at what used to be and see how it has changed.

I left the US right after I graduated from university and haven’t spent any real-time living there since. That was a long time ago. I have since learned that teens and young people today look back on the 80s as some kind of “golden era”. Far from it, but then no golden era was ever that great at the time and hindsight isn’t 20/20.

For a while, it seemed like the US really was moving forward. Protections for LGBTQ people, same-sex marriage, women’s rights advancing, environmental laws being passed. That has all been thrown by the wayside now. The attitude from many of late has seemed to be “me, me, me” and nary a damn is given about someone else. “Your problems are yours” is the message the rest of the world has been seeing until the recent protests started.

In Asia I have been treated differently because of the way I looked, sometimes that meant privilege, and sometimes that meant outright discrimination and rudeness. I have never felt myself in danger because of the color of my skin, in fact, the sheer whiteness of me offers some protections as killing a foreign woman is generally frowned upon in a country that relies on foreign tourists for much of its income. It certainly has happened, but it is fairly infrequent. 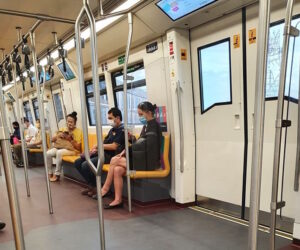 When COVID-19 first hit, there were concerns about the Chinese, who have flocked to Thailand in huge numbers as tourists over the past few years but, like many Asians, they tend to wear masks as a health measure. The country closed its borders but not before the Health Minister could decry “dirty foreigners” (meaning white ones) who were so arrogant as to not wear masks when offered. Since then, I’ve gotten on public transport, wearing a mask and social distancing, only to see a person look at me, get up from their seat and move to the next car. It hasn’t happened often, but it has happened.

Having spent my entire adult life in this country it makes me sad that I am being judged by the color of my skin and the thought that I will be less than caring in the country I choose to call home. But the people here watch the news, they see Americans refusing to wear masks, they see Americans with guns protesting wearing masks. One person asked me, quite confused, “What do they think the guns will do against COVID?” I had no answer of course because guns can do nothing against viruses. Which seems obvious, but to the rest of the world it just shows the insanity that has overtaken the US.

Now, with the Black Lives Matter protests, there is even more confusion as it is really hard to explain to both locals and non-American westerners how systemic the racism is in the United States. They think it is just that some people do not like Black people, it is difficult to explain how it is much more than that. And honestly, as a white woman who left the United States 32 years ago, I don’t have a real understanding of how bad it is either. Do I think things have gotten worse? I have no idea. I left as practically a teenager, so my memories are those of life as a teen – and the US has changed so much in the intervening decades, as have I.

I can only hope that the optimistic and caring spirit of the America I thought was the one I grew up in becomes its reality.