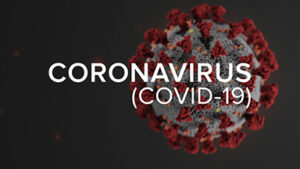 In Boulder County COVID news: There were five new cases recorded Sunday, August 16, which brings our county total to 2,146 cases. Of those, according to the Daily Camera, “190 have been hospitalized, and 838 have recovered. The death toll remains at 76, and there are 143 disease investigations in progress.” Boulder County recorded 500 cases in July, the largest single month total.   •   CU Boulder was in the news immediately following claims of zero cases among incoming first years. One student in Loomis dorm was diagnosed positive and is in treatment. 155 students are now in isolation.   •   Mosquitos in Longmont, Superior, and Louisville have tested positive for West Nile Virus. So… wear bug spray. While most infections are relatively mild, serious infections can cause one’s brain to become inflamed (encephalitis), and/or loss of vision, paralysis, coma and tremors.   •   Three firefighters were injured responding to a grass fire in Boulder County, due to heat and smoke conditions. Two fire and rescue engines were also damaged. 10 acres burned before the fire was contained.   •   With an increase in socially distanced outdoor activities, we’ve seen a parallel uptick in rescue operations. While there have been 124 rescues responses between Jan. 1 and July 21, more than half – 74 – have occurred since May 9th. That’s when the county shifted to a safer-at-home order. This is reportedly the second busiest rescue year for Rocky Mountain Rescue Group (a 73 year old organization). • “Boulder County received some unsettling news this week,” reports Boulder Beat. “People living in the western portion of the county create more pollution from their homes than anywhere else in the United States.” We need to do better in our little “liberal” bastion. The report is according to a study from the University of Michigan that looked at carbon emissions of 93 million American homes.   •   Boulder climber Michael Reese sent a Flatiron ascent record. The Boulder climber went ropeless straight up the 60-degree First Flatiron face that rises 1,000 feet over Chautauqua Park back on July 3. He completed the ascent in 9 minutes, 23 seconds, 2 seconds faster than the previous fastest known time set by Stefan Griebel in 2011.   •   A Longmont area proposal to convert a county owned lot to safe RV parking has been called problematic, citing costs and conditions. It has been met with conversations in local community groups about banning them.   •   Because the Coronavirus has hit some Boulder County populations harder, the county is starting a COVID-19 Community Task Force, which will be made up of 11 people “most impacted by the pandemic” and  “incorporate their input and advice into existing future strategies and actions,” according to an online county description. People encouraged to apply include Latinx, Chicano, Indigenous, Black, LGBTQIA+, the elderly and people with disabilities, and others. The deadline to apply has passed, but we look forward to their work.

“Any logistics to use the site for the proposed purpose would be problematic given the conditions of the property, the lack of any sanitation services, the absence of any formal review of the site and project, and the fact that putting resources towards this project could potentially divert funding from other systems in place to assist unhoused residents”

– Barb Halpin, public information officer for the Boulder County commissioners, on the proposed County lot for RV use in Longmont

“The county’s role will be as listeners and to understand how everyday residents, especially the ones being disproportionately impacted…. It is not a decision-making body … it’s more of an informal, really engagement and outreach opportunity so that we can build two-way relationships with community members.”

“There are a lot of barriers being put up from the administration – whether that’s trying to force Americans to risk their very lives to cast a ballot, to meddling with the Post Office, sabotaging the way we deliver mail, to falsehoods and lies about vote by mail”

“Let’s be clear: So long as I’m mayor, we will not abolish the Denver Police Department. We will not erode the capacity of our law enforcement and first responders to keep our communities, neighborhoods, schools and homes in Denver safe.”

– Michael Hancock, Denver Mayor, on the proposal by D9 Councilwoman Candi Cdebaca to replace the police force with a peace force

74 – Rocky Mountain Rescue Group rescues since the start of the Stay-at-home orders, part of the second busiest year for the group since inception 73 years ago