Colorado’s First Craft Brewery, Boulder Beer, is Back and Boulder Than Ever | Press Release 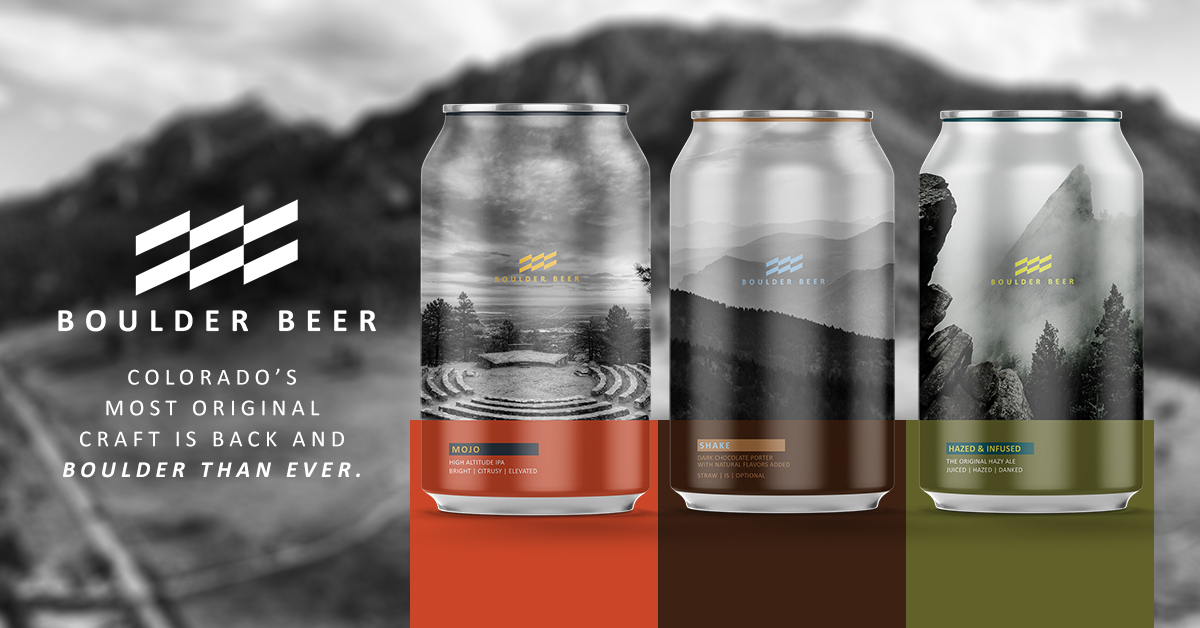 COLORADO (February 5) – One of America’s oldest and most storied craft beer brands is ready to reintroduce itself. Starting this week, Boulder Beer’s new look and reimagined brand will officially hit store shelves and draft lines this week.

Founded in 1979, Boulder Beer was not just the first small and independent craft brewery in Colorado, but one of the very first in the nation. Despite many firsts such as Hazed & Infused—a hazy ale launched a decade before the hazy craze—Boulder Beer and its 40-year history was in jeopardy when it was announced that the brewery had planned to end distribution in October 2019 and close its brewpub last January 2020.

When Matthew Osterman, President and Founder of Sleeping Giant heard the news of Boulder Beer’s closure, he approached owner Gina Day with an idea to keep the brand alive through an innovative partnership giving Sleeping Giant creative and operational control while preserving the original ideals of the brand. Born and raised in Boulder, Osterman came of (legal drinking) age on Boulder Beer and couldn’t imagine a world without beer from the Colorado brewery that started it all.

“Partially it was an emotional decision because I didn’t want to see Boulder Beer evaporate into the mist…Boulder Beer is quintessentially Boulder,” says Osterman. “It feels a bit surreal to carry on the Boulder Beer brand because it was such an iconic concept that loomed so large for so long. We’re now able to be the stewards of the brand not just for the city of Boulder, but also for craft beer as a whole.”

“I’m very happy to see Sleeping Giant putting in the energy to keep it thriving and current because it’s such an iconic brand,” says Day. “Matt and his team have the flexibility to create and build new recipes and build new brands, so as far as I see it, this is his brand, he’s the one creating, doing, and orchestrating”, continues Day. In addition to updated branding, packaging,

and production systems, Sleeping Giant has been given the opportunity to update recipes and add entirely new beers to the portfolio. “We do still stay in communication and work together because we are partners. Matt touches base every couple of weeks and has hosted our former brewmaster, David Zuckerman, to taste through some of the beers, but he’s doing all the heavy lifting.” 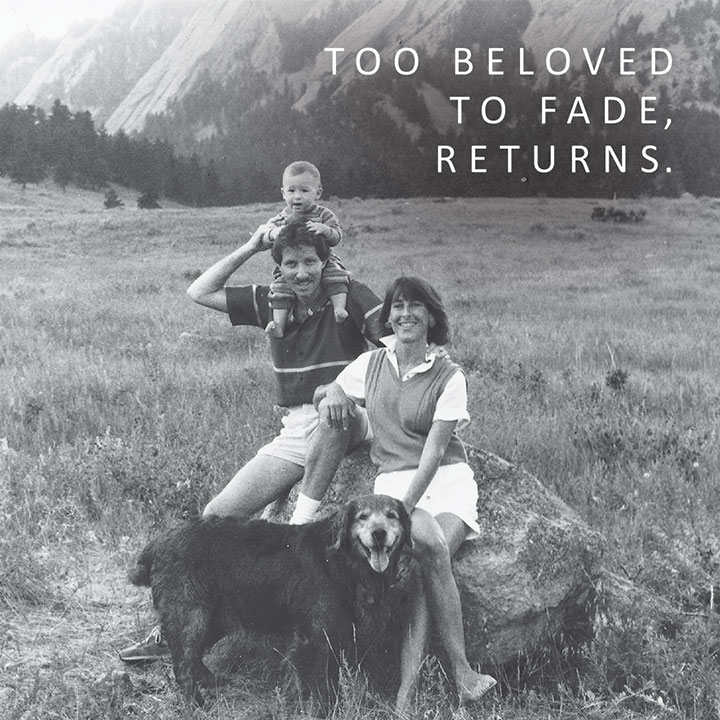 Boulder Beer is bringing back some original favorites to include Hazed & Infused, Mojo, Shake Dark Chocolate Porter (including a year-round Nitro version) and SKO Buffalo Gold, an updated version of Buffalo Gold earmarked for Colorado distribution only. The featured innovation for 2021 is Bubbly By Nature Bubbly IPA, a new idea to capture the white space between easy-drinking Lagers, tropical IPAs, and the bubbly mouthfeel of Seltzers.

With production and innovation as his main focus, Osterman reconnected with industry veteran Dave Duffy, CCO at Stem Ciders and former Division Director at New Belgium Brewing, with the

idea of developing a creative solution to support the sales and marketing for Boulder Beer. Under Duffy’s recommendation, Osterman turned to another industry titan in Greg Owsley, former Chief Branding Officer at New Belgium Brewing and founder of The Storied Brand, to consult on marketing strategy for the brand re-launch. In recognizing the clear opportunity for mutual growth and support, Osterman, Duffy and Stem Ciders Co-Founder, Eric Foster, came together with the idea of Boulder Beer partnering with Stem Ciders to handle the day-to-day sales and marketing for the re-launched brand.

“With our ability to sell and market both Boulder Beer and Stem Ciders, it becomes more efficient for wholesalers and retailers alike,” says Foster. “From a growth perspective, we’re able to help grow Boulder Beer in markets where we’re already well-established, and it also makes it easier for us to offer both brands as we enter new markets. It’s now one less sales person to have to deal with, one less sales meeting for distributors, and it makes it easy to bring on two great brands at once that both satisfy two different verticals. We think there’s extreme value from an efficiency standpoint.”

When it came time to reimagine the new look and feel for Boulder Beer it was integral to Owsley that the spirit of Boulder as a city and lifestyle be fully represented.

“The strategy we articulated for Boulder Beer, rather than resting on its OG laurels, was for the enterprise to reignite its pioneering flame and do so by tapping into the creative zeitgeist that is the city of Boulder and its people,” says Owsley.

“With the rebrand, each black & white photograph on every can is from a fellow Boulderite who used their lens to capture a viewpoint of Boulder’s inspiring natural setting,” continues Owsley. “Each design and color choice is hand-picked from the colors and textures that make up Boulder. Each beer, whether it’s an old favorite or a new concept, has been finessed to represent the hazed and infused memories that only the intertwined cultures of Boulder and Boulder Beer can bring.”

“We thought we needed to start fresh with an empty palette and reinvent,” says Duffy. “Boulder as a city has really evolved and we felt the brand should reflect that reinvention.”

Beginning this week, Boulder Beer will be available in 28 states and 5 countries. ###

Founded in 1979, Boulder Beer Company has been a pioneer in the craft brewing industry for 40 years. From their early days brewing in “The Goatshed” north of Boulder, to brewing and packaging for a regional audience out of their European-style brewhouse on Wilderness Place, to now partnering with their friends at Sleeping Giant and Stem Ciders to keep the brands alive at the retail level, Boulder Beer’s passion for innovation and sustainability has seen them to their milestone 40th Anniversary in 2019 and will continue their legacy in the craft beer industry for years to come. Follow @BoulderBeerCo on Facebook, Instagram and Twitter. Learn more at boulderbeer.com

Sleeping Giant is the first dedicated contract brewing company in the Western United States. Catering to the craft beer community, Sleeping Giant offers a cutting-edge QA/QC program, approachable brew lengths, a variety of packaging options, and personalized customer service that sets it apart. Since the company was founded in 2015, it has supported the brewing and packaging needs of dozens of breweries across the country and grown to be Colorado’s fourth largest independent craft brewery. In Spring 2020, Sleeping Giant formed a partnership with Boulder Beer to oversee operational and creative control of the brand while preserving its storied legacy. Learn more at sleepinggiant.com.