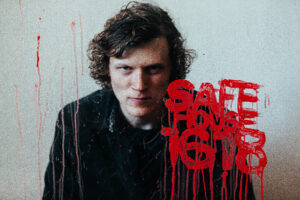 Press Releases are provided to Yellow Scene. In an effort to keep our community informed, we publish some press releases in whole.

By Gavin Berlyak and Holly McKibben

While the film industry recovers from the effects of COVID-19, the feature film “Safehouse 1618” lends its origin story to the pandemic. 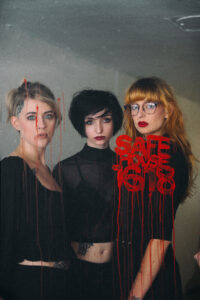 Mixing themes from crime films and slasher flicks, “Safehouse 1618” follows three sisters trapped in an apartment after seeking vengeance on a past enemy. The film explores the overarching theme of isolation as well as common weaknesses for crime protagonists such as ties to friends and loved ones.

The locally-made film is directed by writer Calvin T. Shepherd, working in tandem with a fresh face, executive producer and editor Jamal Page, as well as familiar collaborator Eli Solt, director of photography and chief editor. 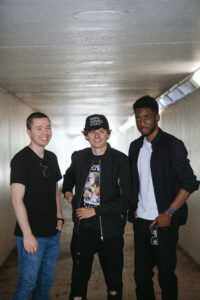 Shepherd and Solt have been working on films together for years now, including previous productions like “Forgery” (2019) and “Country Mustard” (2020). For Page, this is his first feature-length project with the northern Colorado duo.

“Eli and I have worked together on three films now and since the moment we met, we felt like we’ve been on this same wavelength — where we just look at each other and he knows exactly what I want,” Shepherd elaborated. “It feels like Jamal just jumped on that wave, he has his own surfboard and he knows how to keep along with us.”

Page’s past experience centers mostly on music videos through his production group, Black Sparrow Media. After what he calls a “drastic career change,” Page began building his expertise behind the camera, both technically and creatively, in 2017. While the structure of these two mediums are vastly different, the overall creative message is the same: Tell a story.

“It helps to have a longer format, like a feature film, to tell a story — rather than coming up with really creative ways to tell a great story in two-and-a-half minutes for a music video,” Page explained.

When addressing some inspirations for the cinematography in “Safehouse 1618,” Solt highlighted films like “The Shining” and “It Comes at Night” in order to precisely portray an innate tone of isolation. Beyond that creative stimulus, Shepherd and Solt are known to share the same artistic vision.

“Calvin and I always talk about general stuff in the very beginning — like when we first get the script, he always has a set vision for a few scenes he wants to do,” Solt said. “Then the rest of it, he’s like, ‘You come up with something, and we’ll talk about it.’”

The flurry of creativity behind the camera is mirrored among the actors. 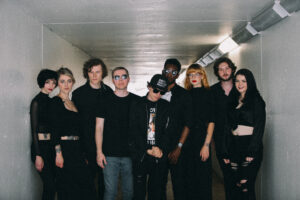 When given the creative space and adjunct direction from Shepherd and the crew, the cast members could focus on unseen backstory, motives, and development, as well as perfect the mannerisms of their characters. At this point, the characters became wholly their own.

“He [Shepherd] wants you to take the bones of what he wrote as a character and then make that a person,” Davis said.

Although the cast’s previous acting experience ranges, their combined dedication cultivated an infectious and familial dynamic on set. Instead of dialogue ultimately dictating the film, Shepherd welcomed improvisation.

“This has been the best experience I’ve had in film this far, working with such a talented crew and seeing everyone come together to create such a masterpiece,” Alban said. “Such a combination of all our ideas and interests, and everybody has their own unique personality — being able to work with people like that has been a rewarding experience.”

This nuance is natural and necessary in order to sustain the film’s overall dark tone. 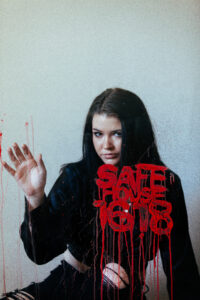 This psychological thriller is full of high-intensity scenes, both emotional and physical. Tapping into that headspace depends on the actor. In real life, Day doesn’t have any sisters. In order to make her interactions with Card and Carpenter realistic, she imagines her younger brother in their shoes. Drawing from personal experience is what gets the ball rolling.

“It’s sort of the action of finding the line between fiction and reality, and then seeing how they relate to each other,” Day said.

Settling back into the ecstatic and supportive energy on set after embodying acute feelings of fear and paranoia, however, is its own kind of emotional whiplash. Every actor has their own way to get in and out of that mindset healthily, from music to breathwork. For Card, she uses that energy and adrenaline for movement activities like jumping jacks and dancing.

“I feel like what happens with actors sometimes is their mind knows it’s make-believe, but their body cannot feel the difference,” Card elaborated.

The heightened physicality of “Safehouse 1618” has sparked a curiosity in some actors to expand their skill set. Card was involved in some of the many fighting scenes in the production, broadening her horizons nearly a decade into her Hollywood acting career. She learned a lot on set about physical movement from former wrestler Shepherd and enjoyed discarding her initial assumptions about her own physical strength. Card will pursue stunt and fight training in July of this year.

This new burst of productivity is a welcome change. Before the creation of “Safehouse 1618,” both the cast and crew were facing radio silence from big-budget Hollywood directors and local filmmakers alike.

“I think we were all kind of really happy to be working on something after 2020,” Solt said. “Everyone was really itching to go, so I think that brought a really good energy to the set.”

Shepherd was in mid-production on a separate feature film when the pandemic hit, sending the world into strict stay-at-home orders and officially squelching his plans. Life changed radically in all aspects and Shepherd, like many, was laid off. No longer working at a local theater, he picked up a construction job to make ends meet. It was those work boots that Shepherd tripped over at home, suffering a concussion that forced him into a unique kind of quarantine.

Thus, the script of “Safehouse 1618” was brought to fruition, bringing to light a universal anxiety of being essentially trapped in one’s own living space.

“Three weeks straight bedridden, and I was thinking the whole time. I vomit-drafted it, re-drafted it, like, six times in a week — and then we were up and running,” Shepherd stated.

With a small cast and crew, as well as specially-made “Safehouse 1618” reusable masks for those on set, Shepherd and collaborators were able to safely turn this blatant obstacle into a driving force for the film. The actors were also able to utilize their emotions over the pandemic to their artistic advantage. As a result, movie magic was quite literally made.

Being locally-produced and motivated from pre- to post-production, “Safehouse 1618” proves that grand studios, big budgets, and famous actors are not a strong film’s fundamental parts. Local films require networking and creative collaboration above all, effectively establishing an immersive — and in this film’s case, gripping — experience for the audience.

“More than anything, I just want to see people get freaked out,” Shepherd gushed. “I really hope that there is that element to it, but you don’t know until you’re there.”

Genre-bending and stylistic experimentation will ensure that “Safehouse 1618” delivers something refreshing. The Holt sisters present an alternate reality where high-stakes justice will be served. The trio also drives an often undervalued narrative to the forefront.

“This is a powerful story about powerful women who take back agency in their lives from someone who was a terrible piece of shit, abusive and dangerous,” Carpenter explained.

Much of the film remains a mystery until its release date. The anticipated premiere is only the catalyst for things to come, as Alban remarks: “Stick around for more.”