Trump’s numbers add up to one big scam 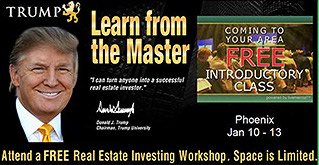 Here’s how the current actions of Donald Trump are a literal scam — the target of that scam is us, the taxpayer. The benefactor is, as always, Trump and those he likes.

Here are the steps to the scam:

As a result of the above, states are having to smuggle in PPE from China via methods like sending their state’s NFL team’s jet to China to pick them up in person, and then having state police escort them to hospitals to prevent them from being seized by the feds. Even when states are sending each other supplies, they need to be escorted by state troopers to protect them from the federal government, like when Massachusetts sent 300,000 masks to NYC and 3 states (MA, RI, CT) banded together to escort the supplies so they couldn’t be seized by the federal government. Think about the ridiculousness of that for a second. Individual states are having to protect needed supplies from seizure by the federal government.

Other states have had to charter flights to direct ship PPE from China and  COVID-19 test kits from South Korea.

In summary, we have the following situation:

So, does anyone think this is in any way defensible?