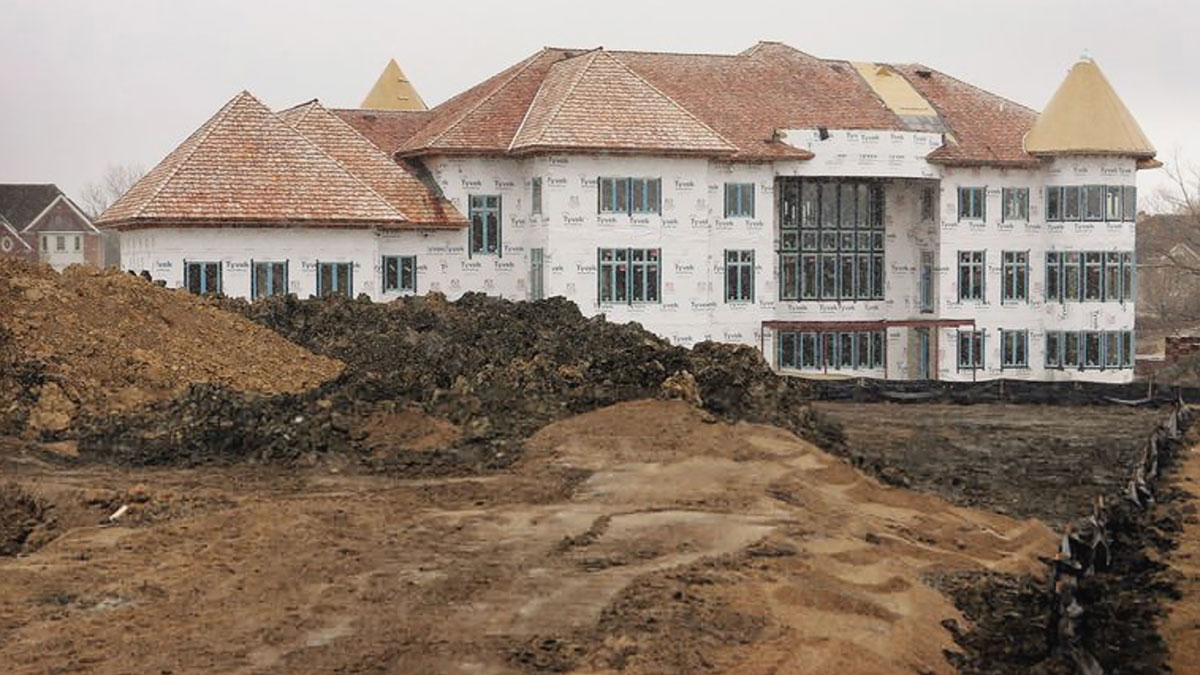 McMansion is a term for homes that are unnecessarily large in American suburbs, designed with the intention of being showy. Photo: Scott Olson, Getty Images

As multi-million dollar, new-build homes continue to pop up in the hills of Boulder County, the lower and middle class find it harder to make ends meet.

Over 90% of renters don’t make enough to buy a median-priced home.

38% of renters pay 50 percent or more of household income on housing, according to the 2020–2024 Consolidated Plan for Housing and Community Development in Boulder County.

Bedrooms Are For People headed a recent ballot measure aiming to reform city code 9-8-5 Occupancy of Dwelling Units in Boulder, which limits the number of unrelated people living together in low-density residential districts to three, and limits the number of people living in medium and high districts to four.  The median number of rooms in a Colorado house is 5.5, according to Census data. Considering the typical size of houses in Boulder, this may significantly increase more rooms for rent on the market.

The median number of rooms in a Colorado house is 5.5 according to Census data.

“The ballot measure to reform this city code aims to allow people to share a house and to bring people living in these housing situations into legality,” said Kurt Nordback, a member of the initiative and a housing reform activist. “Although it’s hard to determine how many people are living out of legality in their current housing situation. Reforming this code would also open up more bedrooms for rent, one of the most affordable housing options.”

The ballot measure nearly passed in 2021, losing by only a small percentage, but gained community attention and support.

“What we did get in this election is a progressive majority on [the] City Council for the first time in decades,” Nordback said. “We would like to think we had a part in making that happen. We are very optimistic that [the] City Council will take this on with fairly high priority and work through the community to come up with a solution that will reform the current highly restrictive occupancy limits, and maybe put on some additional guard rails.”

“The ramifications are not just on students,” Nordback said. “It’s more about housing security for people [who] are already living over-occupied and who could lose their housing potentially with a single call to city code enforcement.” 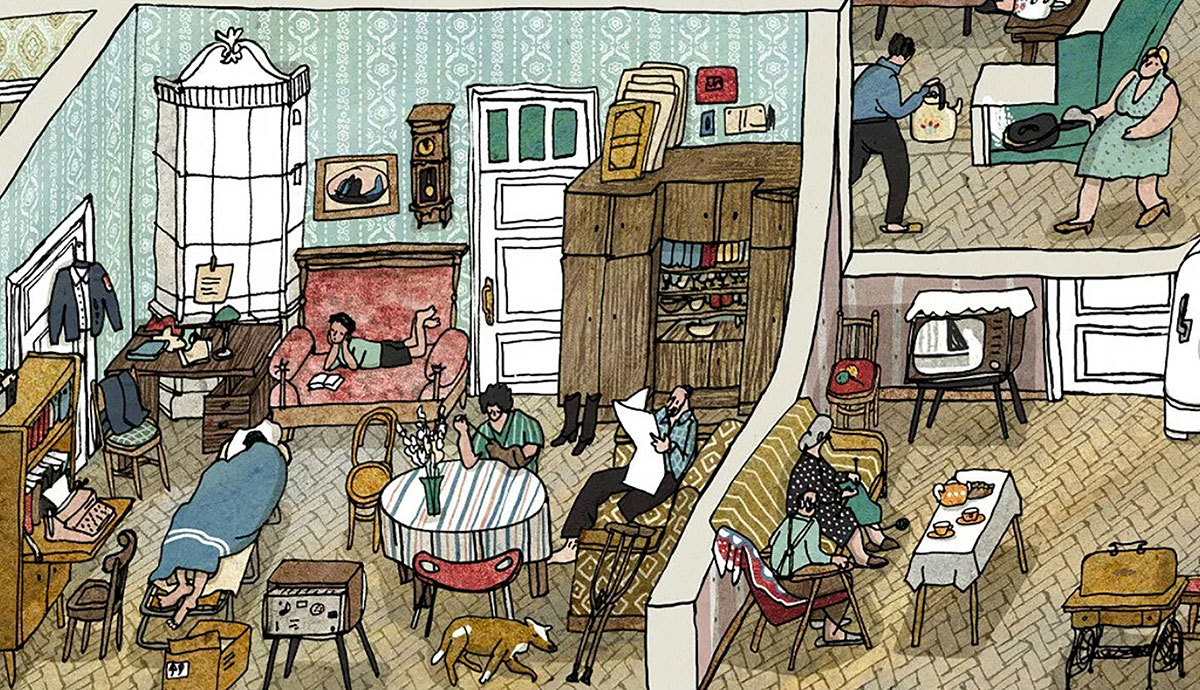 Illustration from the series “The History of an Old Soviet Apartment.” Artist: Anna Desnitskaya

There are few documented technical evictions from enforcement of this code because it is hard to track as people living beyond the legal limit generally don’t sign an official lease, and people who rent their properties may quietly evict tenants to avoid legal trouble, Nordback said. Unofficial renting can lead to other issues with tenant treatment as they have no legally binding agreement to reference in instances of mistreatment. Organizations like Colorado Housing Connects links renters to legal resources to navigate potentially discriminatory housing treatment.

The city occupancy code also opens the door to neighborhood policing and nuisance calls to police, which can disproportionately affect people of color.

“You’re not imposing a minimum house size but you’re imposing a minimum economically viable house size,” Nordback said. “If someone is building a new house, it’s rare for people to build something that is significantly smaller than is allowed because they’re sort of throwing away money that way. That’s a rule that tends to favor larger houses.”

City zoning laws delegate a percentage allotted for single-family homes versus a percentage allotted for multi-family developments. Other requirements include outside space requirements for homes that can make it more cost effective to build larger homes on larger lots with more outdoor space. Outside space and sustainability are important to the city of Boulder, which can be seen through the zoning policies. Affordable housing considerations aren’t reflected as much.

“We talk about trying to be inclusive, but if you look at our zoning code, which is really where our values get expressed, then it is not inclusive at all,” Nordback said. “It’s highly exclusive.”

Jake Brady is a community activist involved with several efforts to increase affordable housing in Boulder County. He works with Bedrooms Are For People, Boulder Is For People, endorsed and raised funds for city council candidates and is working on launching a tenant/renter-focused organization. He is interested in establishing unions and rent control in Boulder County.

He sees several avenues the cities in Boulder County could take to increase affordable housing and curb oversized housing. Deterrence solutions include banning houses over a certain square footage, taxing houses over a certain square footage, putting the tax money toward affordable housing and requiring house size to match the size of houses surrounding it.

“My philosophy with our housing situation is that most people don’t know what they want because most people don’t have good examples of urbanism in the U.S,” Brady said. “We grow up in this environment where we have really bad planning in these sprawling single-family neighborhoods. That’s all people see. It’s a shame. We could be putting our land to better use. If you look at the trends, square footage of housing has been getting larger, and the number of people living in houses has been going down.”

As the middle and lower classes shrink in Boulder County, many people who have lived in Boulder for decades are straining under the rising costs that luxury and oversized homes bring to their neighborhood.

“Boulder is kind of weird,” Brady said. “There’s a lot of people you’d think are super wealthy, but they’re actually just getting by. They’ve owned their home for a long time, but their property taxes have gotten out of control because of appreciation of houses around them. There are a lot of people who live in wealthy areas in little ranch homes who are actually living pay check to pay check or close to it. They own their home. You’d think they’re upper class, but they’re not.” 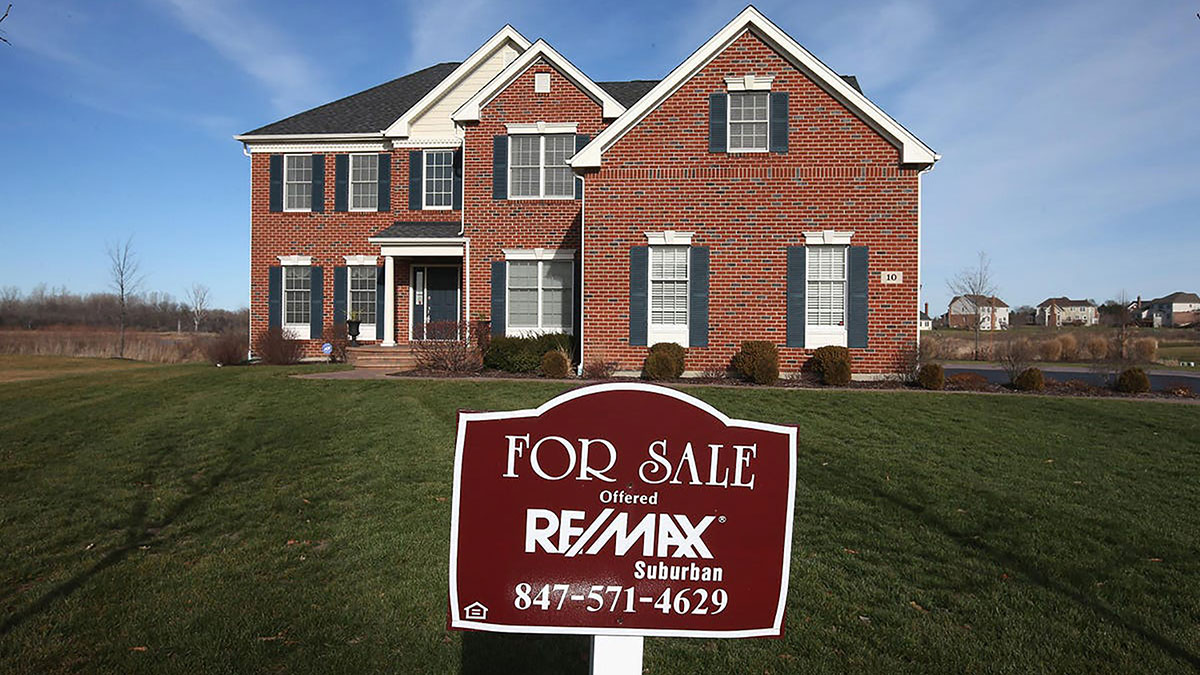 In their Housing and Human Services Year in Review for 2021, the city of Boulder released a statement detailing that their mission is to “provide resources and community connection so everyone can experience Boulder as a just, inclusive, and equitable community.” This mission was put into action by investing over $20 million toward permanently affordable homes in the city, among other initiatives.

Colorado instituted a state-wide rent control ban in 1981 in response to a citizen rent control initiative in Boulder. There has been some talk at the state level to lift the rent control ban, which would then leave the decision up to local governments.

Average rent in 2019 rose to $1,728, requiring an income of $70,000 a year to cover rent. Brady is considered middle class but knows he doesn’t have the option of buying a home in Boulder, where he lives right now. He works hard on housing initiatives because he knows what it’s like to be a renter and someone who makes middle and lower class wages.

The City of Boulder lists the growing gap between wages and cost of living and high housing costs among some of the main factors for homelessness, just as much of a factor as domestic violence and health issues create.

Several nonprofits and associations including Bedrooms Are For People, Boulder Community Housing Association, and the Boulder Housing Coalition hold city officials accountable and push for community action in creating more affordable housing. Long wait times prevent some low-income people from being able to access state-funded housing assistance. Local housing organizations fill in some of the gaps.

The Boulder Community Housing Association, or BoCHA, is a neighborhood association invested in community-oriented living in Boulder. Rental housing cooperatives, co-housing communities and citizens interested in these communities make up the association. They coordinate programs that enable living together in a sustainable and cost-effective way.

Although some buy into the mission of equitable housing and living in communities, oversized homes raise prices and take up space. Brady believes there must be a culture shift for people in the U.S. to envision communal housing like living arrangements in European countries.

“It’s just a bummer to me that we have these huge houses going up,” Brady said. “It’s not really helping anybody except for the top ten to 15 percent of people in Boulder.”

Nordback rides his bike in the outskirts of Boulder County. He observes many large luxury homes are going up.

“Wealthy people have a right to live here, absolutely, but we don’t have to cater to them,” Nordback said. “Currently I feel like we cater to the ultrawealthy in a lot of ways. If you’re an extremely wealthy person you can come in and build a giant house, and the path is pretty smooth for you overall, relative to if you’re someone who’s middle class and trying to find sort of a normal place to live. It’s really challenging. If you’re lower income and you qualify for the affordable housing program, and you’re lucky to get one of the units available then that’s great. But if you’re not one of those lucky people then you’re shit out of luck.”