Editor’s Note: Press Statements are provided to Yellow Scene Magazine. In an effort to keep our community informed, we publish some press statements in whole. We have reached out to the two candidates running for office and currently serving as Planning Commissioners for the Town of Erie, Kelly Zuniga, and Andrew Sawsusch, for their response but were unavailable for comment as of press time. Erie Town Attorney, Kendra Carberry, returned our call but was unable to provide a public statement due to client-attorney privileges. 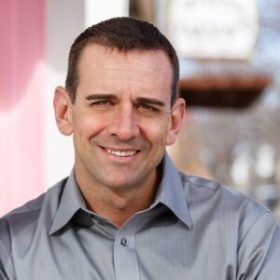 “Yesterday was the deadline to submit applications for Mayor and Trustee candidates.

After much deliberation and a ton of back and forth, I’ve decided not to seek re-election. Instead, I will spend more of my time with my family and in self-reflection.

These last four years serving Erie as a Trustee has been incredibly fulfilling. I have learned more than I ever thought possible about how a town operates; how people operate, and what is expected of elected representatives. Serving the residents of Erie is not a simple task. Every situation is much more complex than the public knows. Every interaction has the potential for very positive outcomes or explosive division. When I felt it was necessary and would be received, I tried to provide as much context as I could about these complex situations from the dais or on social media.

During my time on the board, I have seen us accomplish many things. Here are just a few:

Nonetheless, Erie has a very bright future. Before I leave this board I plan to do as much as I can to lock us on target for maturing into our next evolution.

So in April, I will give up my seat as a Trustee. I will return to being a member of the public. I hope to take a few months and decompress from this experience… but I am not going anywhere. I will be here, with you, enjoying the many wonderful aspects of our community. I may seek to serve the town again in some other capacity but as of April, I will have done my civic duty, and I feel very accomplished because of it. Thank you all for this wonderful experience and for riding along on this roller coaster with me. After this election, I will certainly miss it and all of you.”

The situation Mr Haid is referring to was accusations of bid-rigging by Planning Commissioners, Andrew Sawusch and Kelly Zuniga, was covered by Yellow Scene Magazine in a July 28th, 2021 article titled, Did the Erie Mayor Tip the Scales.

While the investigations found no illegal activity, how the situation was approached gives rise to concerns.

In a follow-up conversation, Adam Haid elaborates; “The accusations of bid rigging were over the top ridiculous. They made those accusations publicly in a PC meeting. Then they refused multiple attempts by our attorney to meet in person or virtually to hear why the process was not a competitive bid and why bid rigging was an impossibility. They have a duty to meet with the town attorney because she and they are representatives of the town. After that, we were forced to hire an independent investigator who interviewed everyone and presented his findings that were exactly in line with what our attorney was trying to tell them. I have emails proving all this but they are attorney/client privileged.”

Andrew Sawusch Interview with Town Trustees for Appointment to Board