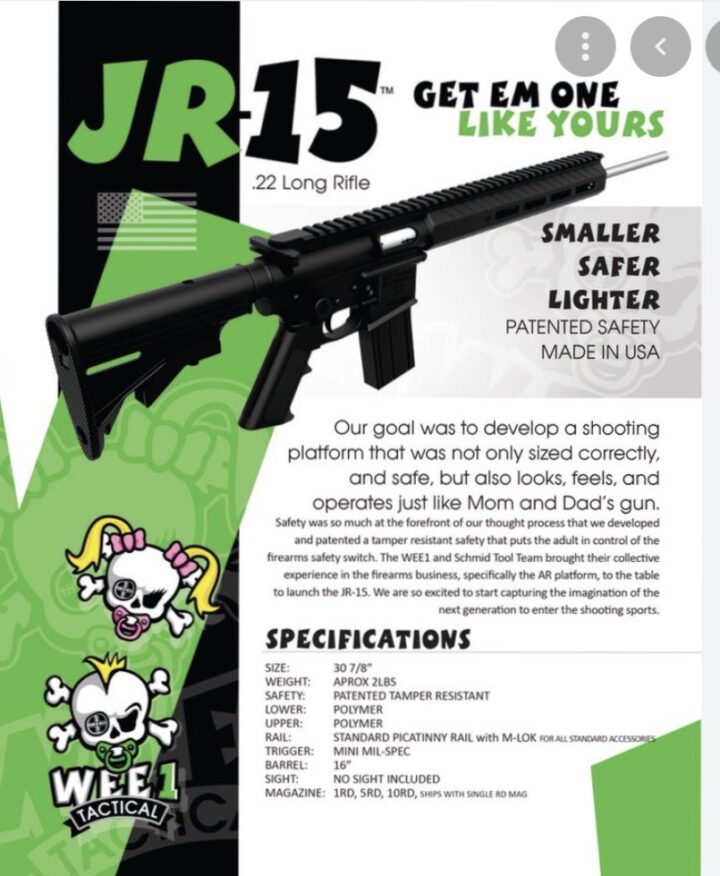 “The kids at Uvalde needed JR-15s to defend themselves from the evil maniac that didn’t care about laws. At least they could have defended themselves since no one else did while their parents were held back by police.” – Marjorie Taylor Greene

I’ve always thought that arming kids in schools was the logical destination for Second Amendment zealots. After all, the Constitution places no age restrictions on the right to bear arms. Along with the protection against evil maniacs, it would certainly change the classroom dynamics. “Yeah, I didn’t do my homework. Whatdya gonna do about it?”

On a more realistic note – which is almost anything other than the pistol packin’ Congresswoman from Georgia – a serious movement to arm teachers in schools is underway across our gun-lovin’ land.

I recently listened to a “debate” about the efficacy of such an approach to school security. Proponents argued that a well-trained teacher practicing concealed carry is the best way to keep children safe. Several claimed that the students wouldn’t know who was armed and school life would proceed as usual. It was clear that most of the supporters of the idea had not spent much time in an actual school; certainly not as high-achieving students, and most certainly not as teachers.

By contrast, I have spent many years with young children in schools and can assure you that an enterprising group of kindergarteners would know who was carrying before the lunch bell rang. And they would be both terrified and curious. Aside from the absurdity of the alleged efficacy of the scheme, the learning environment would be horrendous. I was a good spirited smart-ass in school and the presence of an armed teacher in the room might have been a fatal temptation. At the very least, my mind would not have been on quadratic equations, although to be fair, it didn’t take much to distract me from algebra.

In 1966, I attended Basic Training at Fort Benning, Georgia. Among other things, I had early exposure to the odd social soil that could grow a bizarre human like Marjorie Taylor Greene. But more to the point, I learned how to shoot many guns, among them a .45 caliber handgun with a kick like an irritated mule. With instruction and no distraction, it took multiple shots to even graze the stationary silhouette looming in front of me. Had it been a moving evil maniac, I and all in my care would have been toast. Several studies have shown that well-trained, experienced cops miss their target about half the time. I suppose that explains why cops riddle Black men with dozens of shots during traffic stops.

In addition to the difficulty of a good gal with a gun stopping an evil guy with a gun, there are these factors:

The “bad guys” are carrying semi-automatic weapons that can spray dozens of rounds before a trembling teacher can get a finger on the trigger – unless, of course, she spends the day caressing cold steel and stealing furtive glances at the door while reading “board-approved,” Eurocentric, heterosexual, Christian fables to the kids.

The evil doers have lately taken to body armor, which makes the odds of successful intervention exponentially higher. And as I’ve argued for years, having impeccable building security and Annie Oakley in every classroom doesn’t do a damn thing. Kids are exposed at recess, arrival, dismissal, field trips, athletic events and at multiple other times. The endless arguments about how to make classrooms safe are absurd. Make them fortresses and the irrational angry, AR-15 toting maniac will just wait for one of these other opportunities to discharge his weapon and his pent-up rage at – well, life itself. It is ironic to recognize how often an unfeeling and unseeing school environment contributed to the making of America’s mass murderers.

Teachers, particularly in public schools, have had enough: constant scapegoating; large classes; flat or reduced compensation; the debilitating stress of the pandemic; having to buy their own supplies and now expected, perhaps, to carry a gun.

In many communities, teachers are leaving in droves. The response is to lower qualifications to the level of warm body with a holster. If I were a parent today, I would not allow my child to attend a school with armed teachers or armed anyone. I suspect I’m not alone in holding that view. The spiraling down of our education system is accelerating rapidly. All because, as many have observed, we love our guns more than we love our children.

Even considering armed teachers is yet another sign that we are a failing or failed nation. At another stage in life I would be considering replanting roots in a more hopeful environment. Now, in retirement with grandchildren nearby, I am resigned to remain and watch with dwindling hope and deep sadness.