The Heroes of Boulder County: The Activists

Amid great turmoil in our country, there are those fighting to make it safe for everyone. 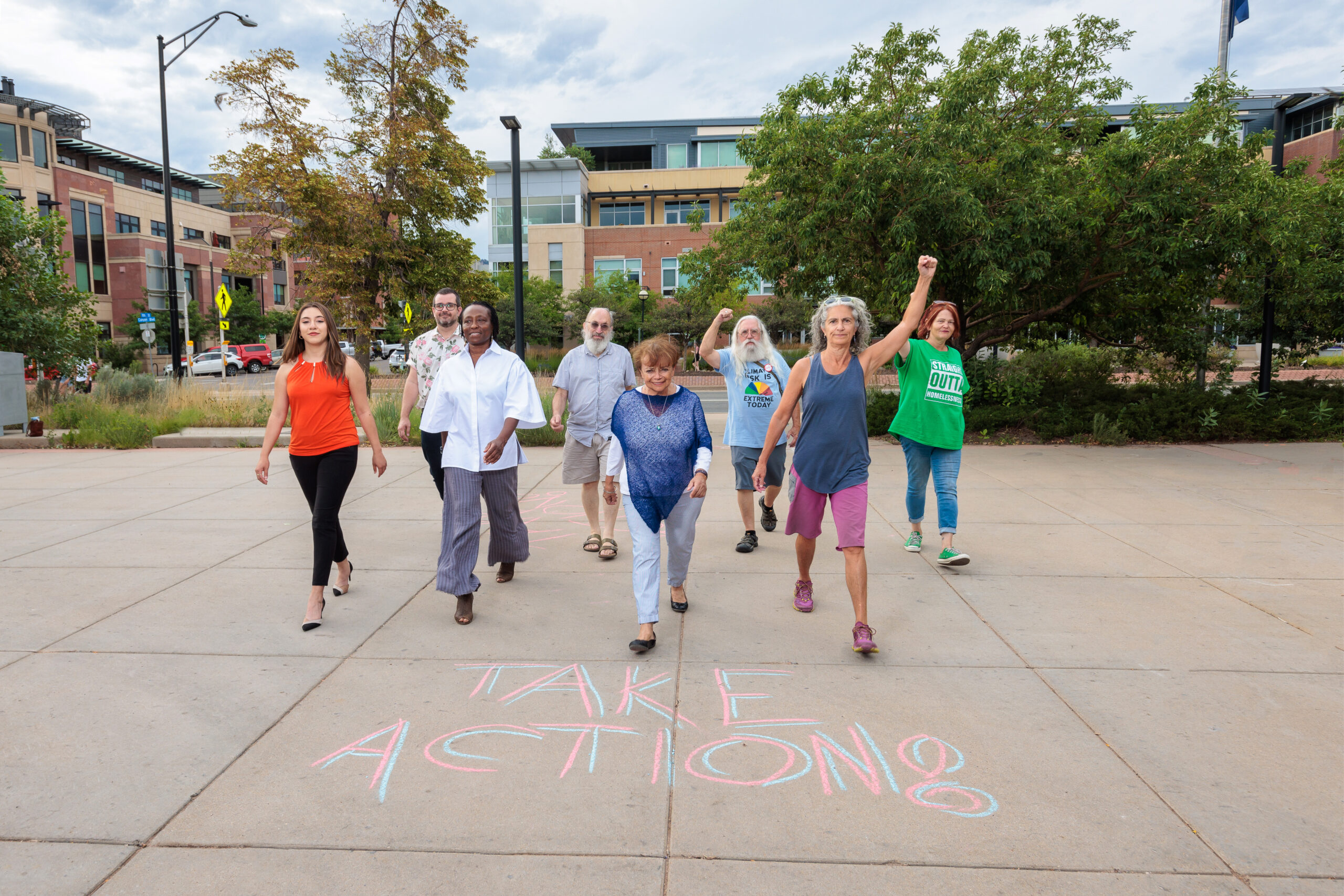 It starts slowly, quietly. Do you hear it? That low rumble approaching, growing louder, echoing through the city streets, growing like distant thunder rolling in, growing like the sound of a great fire, growing until it rattles in your chest, rattles your bones, engulfs your heart like a flame. The sound takes you over, fills your veins with fire. It becomes you. It is the sound of fists in the air, boots on bloodied ground, the cries of the unheard, the unseen, the unfelt. It is the sound of defiance, resistance, love, passion, blood pumping in your ears. It is the sound of persistence, repetition, empathy, compassion, the winds of change ever blowing. It is never giving up hope, never giving up the fight. It is the willingness to help, to care, to be both fierce and gentle in the name of what is right. It is the heartbeat of activism, something this country needs now more than ever.

For Yellow Scene Magazine’s ongoing 2022 Heroes Series, we are highlighting activists this month. These people have dedicated their lives to causes they believe in that better the lives of others. In a time when it feels like the world is on fire, they keep going in the face of seemingly insurmountable odds. I spoke with eight Boulder County activists—Bruce Parker, Annett James, Ron Booth, Lisa Widdekind, Jen Livovich, Tere Garcia, Jesse Kumin, and Citlalli Vasquez. We spoke extensively about each of their respective causes and organizations, the state of activism in America today, and much more. These are our heroes for July. 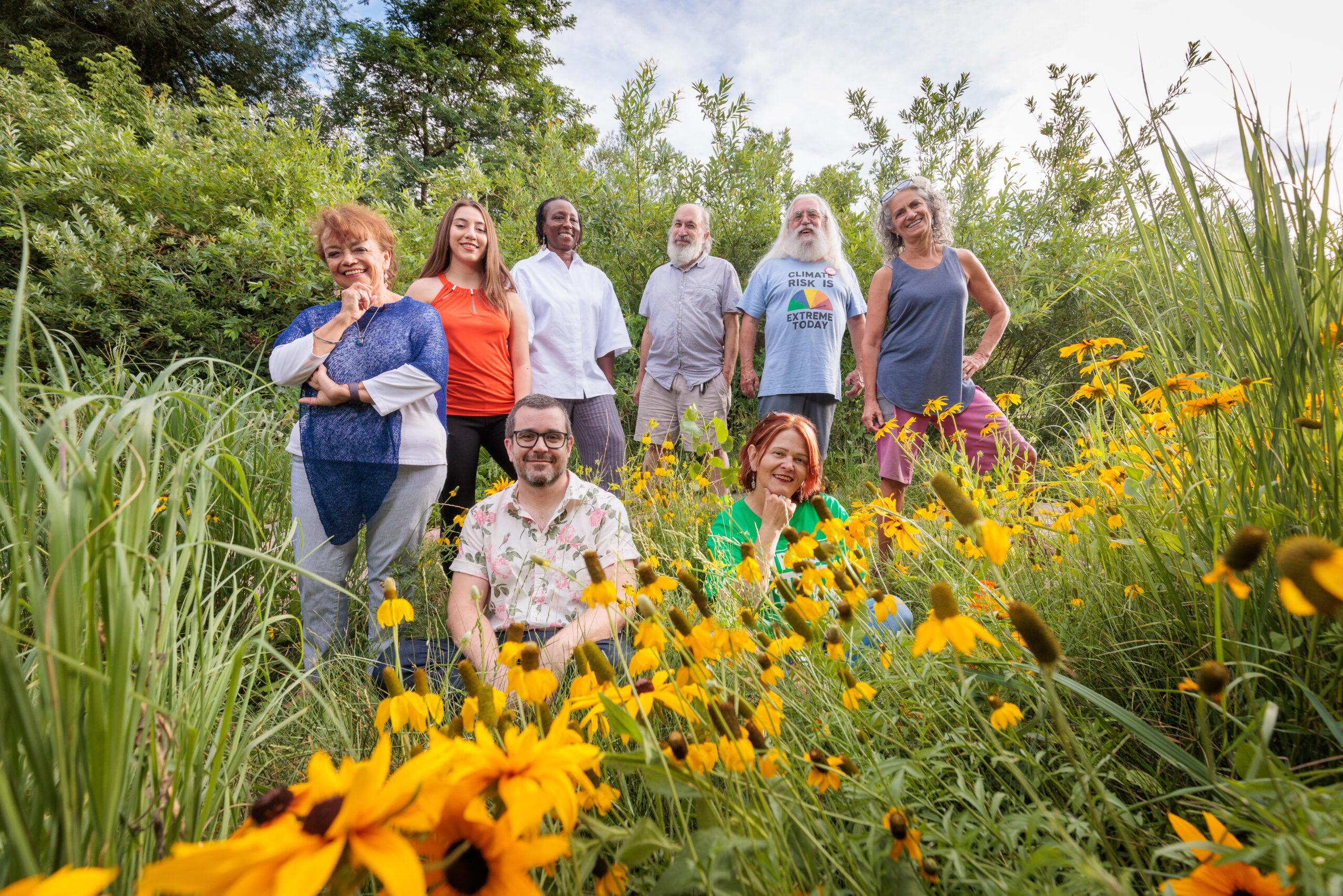 One thing that must first be understood about activism in America today is that it takes many different forms. For Bruce Parker, Deputy Director of Out Boulder County, an organization that supports LGBTQ+ issues, activism happens not out in the streets, but behind a desk. He focuses on making lasting change through policy and connecting people. He told me, “I think one of the things about doing social justice movement work is learning to respect that we all have different approaches. I will protest if that’s what I need to do, but I’m not really a protester. That’s just not my role or my approach. I am more of a relationship builder and more of an operations person. I do planning and strategy stuff. I think there’s a need to respect different approaches.”

Annett James, President of the Boulder Chapter of the NAACP, spoke to me about the role of social media in modern activism and its effect on performative activism, in which a person may make a post or say something on the internet without backing it up with real action. She told me, “I believe that rhetoric is the precursor. If you’re not talking about it, showing it, or expressing it on some level, it takes even longer to get to action. It is performative for a while. I’m not one of those people who believe that we don’t grow from zero to 100 in one fell swoop.” She then went on to say, “I’m not an incrementalist. If you do that long enough, at some point, I feel comfortable calling you out when the rubber really meets the road. Like, where are you? But, if that person has never even taken those performative beginning baby steps, it’s difficult to work with them.”

Tere Garcia is the Executive Director of Engage Latino Parents Advancing Student Outcomes, or ELPASO, an organization that seeks to help Latino parents engage with and understand their children’s unique learning styles to better advance their educational opportunities. A bilingual teacher for 28 years before moving into activism, she spoke to me about the idea of instilling empathy in children at a young age through reading and emotional education. She told me, “[Teachers] were talking about how much the students enjoy reading again—things like Harry Potter, but talking about the emotions of it. Why was the uncle mad at him? We stayed the whole time just talking about, ‘Was the uncle angry or envious?’ and understanding why.” She believes that using literature to understand emotion in general will then apply to the children’s outside lives and create more well-rounded human beings as they grow into adulthood.

Empathy is the very heart of activism. Everyone struggles and once you are aware of this, you can better understand your fellow humans and are then more willing to go out of your way to help others, to fight for those who cannot fight for themselves. I spoke with the activists about the idea of intersectionality, of certain causes overlapping and working together. Parker said, “Difference in activist work is crucial to achieving our goals.”

James emphasized the particular impact of Black activism on the state of modern activism as a whole.

“Black people have always been a whipping boy. We get beat up the most. Then other people walk through the door. I believe that Black people in the NAACP, more specifically, are about the liberation of all people. The things that people are asking for are just basic human needs and are part of what makes us this particular species. So of course, we support them wholeheartedly in their efforts for equality and equity. The queer movement did learn from us. I would argue that every movement has taken, you know, a lot of cues from what happened with African Americans or Black folks in this country.”

Ron Booth and Jesse Kumin are two longtime activists fighting for causes in which intersectionality is inherent. Booth has been working in activism in some capacity since the 70s and now focuses most of his time on climate issues, believing that climate change is the most pressing issue our world faces, one that transcends borders or nationalities. Kumin’s organization, Best Democracy, focuses its efforts on many different issues, mostly opposing racist and classist gerrymandering that creates poverty among marginalized communities. These issues affect everyone, though people of color and the impoverished are much more harmed by them than wealthy whites.

Lisa Widdekind has also spent her life with an interest in civil rights and social justice. She has been involved with many organizations, including the Union of Concerned Scientists which focuses on renewable energy, the Solar Energy Conservation Center, and Colorado Public Health. Like Kumin and Booth, she spends her energy on issues that affect large groups of different kinds of people.

She made an interesting point about heroism and the idea of individuality within activism, how no one person is any more important than the other. It is about the collective. To this point, she told me, “Of course, you can raise people to be leaders. Leaders are everything. I’m not a hero of Boulder County. And there are tons of people who do as much if not more work around climate as me. I’m just a person plugged in doing my thing and helping to support the movement. I really want other people to be recognized.”

Jen Livovich’s work is quite a bit more specific than some of the others’ featured here. A former unhoused person, she was able to pull herself out of homelessness and has now started an organization called Feet Forward. Feet Forward seeks to provide pre-housing engagement to the homeless to prepare them for and help them find housing. She also hosts a weekly gathering every Tuesday at Central Park in Boulder that provides hot meals, warm clothes, and haircuts as well as advice and support for the homeless. Her organization is new and small but is seeking to grow. Organizations like Livovich’s are proof that empathy and understanding can change a person’s entire situation and shows that no matter how large an organization is, there is always a way to help those that need it.

Citlalli Vasquez was the final activist I spoke with and also the youngest. She recently graduated from the University of Colorado Boulder and was the first in her family to earn a bachelor’s degree. Now, Vasquez serves as the program coordinator for an organization called Voces Unidas, which provides leadership and advocacy opportunities for Latinas and Latinos as well as encouraging civic engagement within the Latino community. She believes that a large part of the fight is the sharing of information and protection from misinformation. She said, “People have access to the information super quickly and have access to a lot of information, which is a good thing but also it could be a bad thing to get easy information where you don’t actually fact check if it’s correct information.” With the sharing of immigration information, people can better understand the intense strength and quiet dignity that comes from being an immigrant in America.

Each of these incredibly passionate and dedicated people has a massive, wide-open heart. In speaking with them, I was intensely moved by their stories, their struggles, and their sense of humor in the face of such daunting issues. They each were such different people from vastly different backgrounds but all shared this kind of quiet confidence, high shoulders, high chin, and pride.

Please look into each of their respective organizations and consider donating or volunteering. These are the people making our country a better place and are shining examples of the best that Boulder County has to offer. Let’s hear it for them.