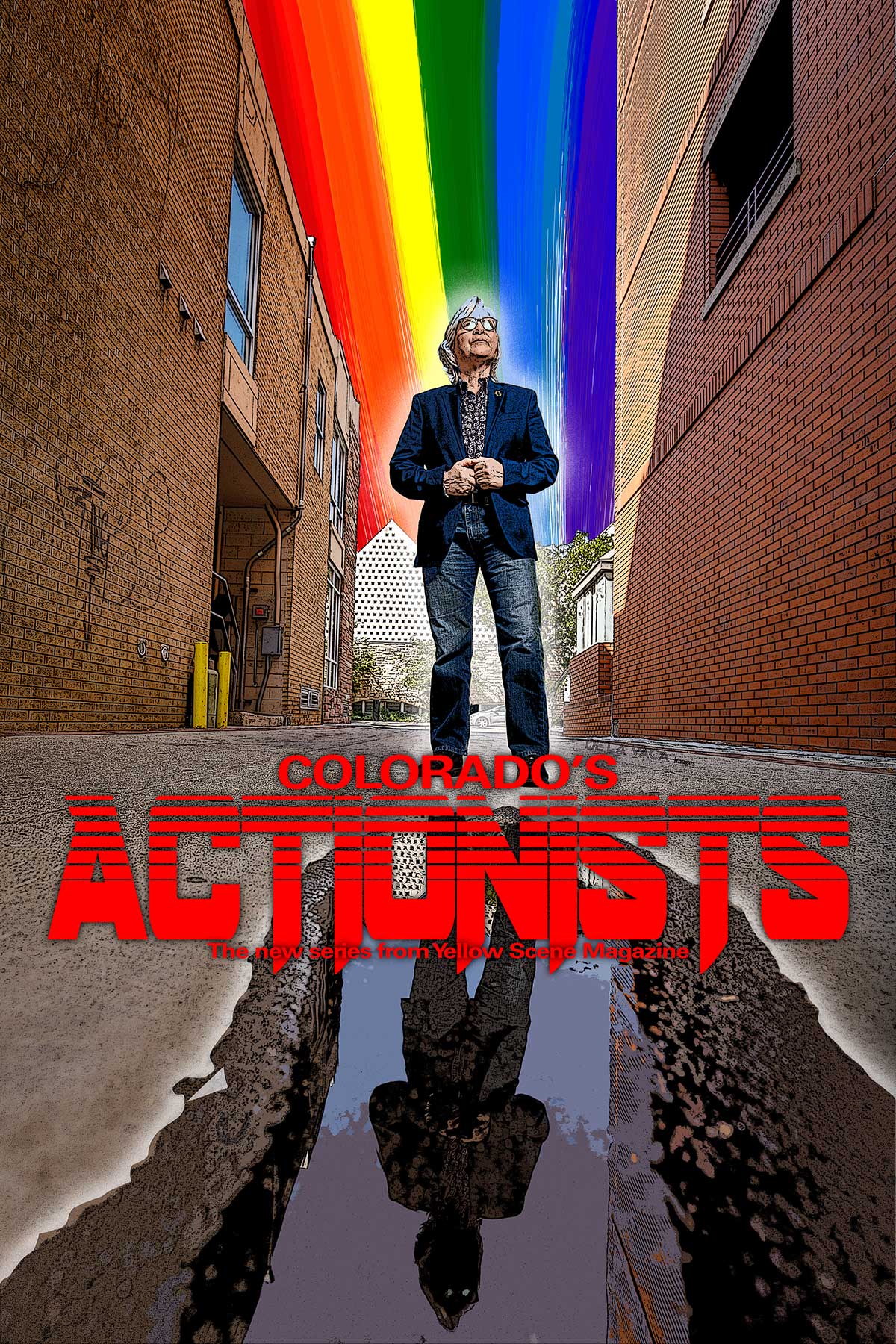 Out Boulder County has it all in the name. Coming out is a culture-wide euphemism for revealing one’s gender or sexual identity to family, friends, community. OBC, as it’s called in short, “envision a world where LGBTQ+ people and communities thrive in an inclusive, equitable, just and connected world,” according to the new vision statement they just dropped. They want people to be out safely and in community. Mardi Moore is the executive director. She’s been there a long time and she has no plans to leave.

“I got to be this person for a couple reasons,” she begins. “One, I’m from Colorado…”. Mardi Moore is from Las Animas, one of the poorest counties in the state, a rural area. She went to University of Denver, DU, where she realized she is a lesbian. She says, “my mom still thinks that DU made me a lesbian” through liberal indoctrination. We shared a hearty, if knowing, laugh.

Moore did what many young queer kids do: she left. “I moved away, cause no one was gonna be accepting (sic),” she said. Gone from Colorado “for a really long time,” she was in Houston for a short stint (too hot) before following a girl to Seattle, where she ended up in fundraising at the University of Washington. Think late 80s.

“I got a really great education in how to raise money for organizations,” Moore recalls. An unscrupulous boss made her leave, but she left with all the tools she would need to succeed later. She had stints at Pike Place Market, “which I loved, raising money for some social service agencies,” before striking out on her own. For twenty years she had her own company that raised money for nonprofits, “during the height of the AIDS epidemic in the United States… That was really intense, difficult work.” She hired lots of the “rejects” and the tatted kids and the artists and a great mix. They called it the island of misfit toys, a nod to classic Christmas television. The joke works on multiple levels. 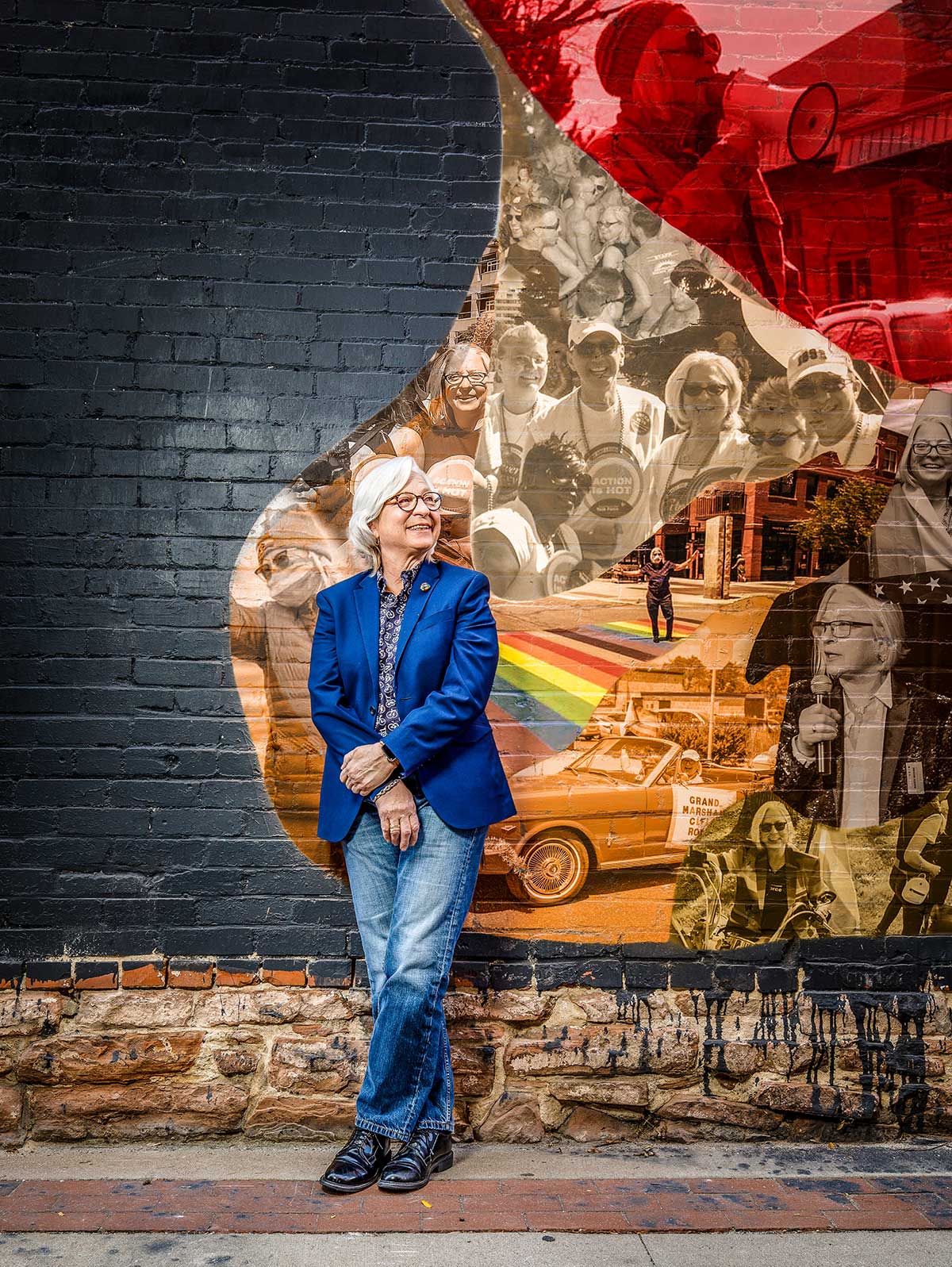 You get the sense that she’s gone over her resume a thousand times, reflected on her life more than the average person, thought about the intricacies and contradictions of a life alone, in love, chasing dreams, moving, and coming into herself. There’s a sense of knowing the lines in the hands after working so hard to cultivate the garden of her dreams, her life. We should all know ourselves as well as she does.

“I raised two kids. Married a woman that had two kids that I adopted,” Moore tells me. 12 years and then it dissolved and she ended up leaving Seattle “for reasons.” We note the ambiguity but leave it alone. We all have some reasons that are more private than others.

She sold her business, “got screwed in the deal,” left Seattle, and took a job with the Gay and Lesbian Task Force in New York City. “New York was always like, so many people, so much…” she remembers thinking.

“I had had trans employees in the 80s and 90s but I had never organized in the trans community,” she said. New York was a whole new learning ground, refining her fundraising work, teaching her organizing, connecting her to a national network of highly motivated, powerful, effective LGBTQ+ people. She did work for the task force nationally, in Miami, San Francisco, Minneapolis, and Baltimore.

“We envision a world where LGBTQ+ people and communities thrive in an inclusive, equitable, just and connected world.”
– Out Boulder County Vision Statement

She had another short stint at the LGBT Community Center in NYC, recruited by the same friend – Jose – who brought her to the Task Force. She recalls the Keith Haring artwork all over and peeling off in a dingy room they turned into a pitiful event center and conference room. One of her favorite experiences was the day Edie Windsor beat the United States. (United States v. Windsor, which overturned Section 3 of the Defense of Marriage Act and was considered a landmark legal victory for the same-sex marriage movement in the United States. The Obama administration and federal agencies extended rights, privileges, and benefits to married same-sex couples because of the decision, according to the NYT and Wikipedia)

They hosted the press conference at the Center, with Edie and friends. Talk about living history. They were on the front of the Washington Post with their arms up, watching the walls of hate around LGBTQ+ lives begin to crumble, in part because of their efforts and action.

Years pass. Let’s cut it short because her story is long and I have no doubt she’s the kind of person that would share it all with you over a cup of tea in the OBC house in downtown Boulder. The efforts and action continue here. Her heroes are Edie Windsor and Harvey Milk. Think of that when you think of the kind of work she does. They do, at OBC: changing systems, attacking the policies that oppress.

There are victories. At other places, she recalls, they are somber or reserved. At OBC, “We celebrate the victories, our part in them,” she said. That’s the real stuff. Having coffee and loving each other instead of just sharing the rotten experiences. Fighting the real fights. Supporting each other on the most human, powerful, passionate, real levels. That’s OBC. That’s Mardi Moore. And their doors are open.