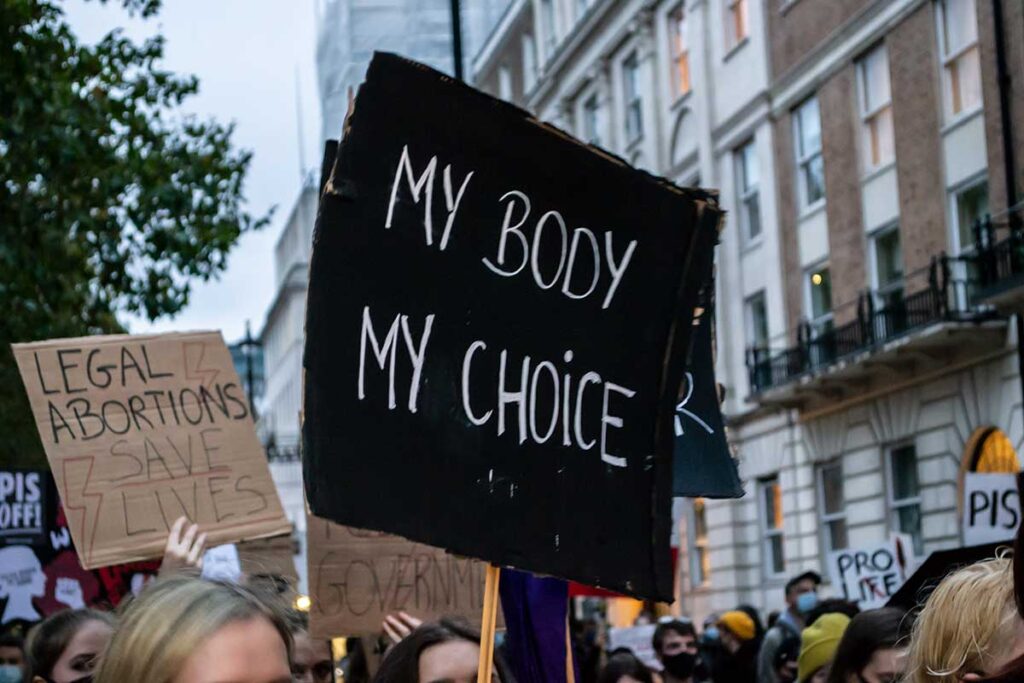 In the post-Dobbs v. Jackson era — the 2022 SCOTUS decision that overturned the decades-old Roe v. Wade ruling upholding a woman’s right to privacy concerning her ability to get an abortion — it’s been hard for pro-choice proponents to find reasons for optimism. The scuttling of the 1973 landmark decision was a huge win for the Evangelical Christian GOP base, who’s been hell-bent on forcing their particular brand of Christianity down the throats of U.S. citizens since Billy Graham got ahold of President Richard Nixon’s ear back in 1968.

Even then however, and up until the Trump era, the Evangelical assault on U.S. political norms had been tempered effectively by a Supreme Court that saw Roe V. Wade as settled case law (it’s important to note that the majority opinion — the ruling was 7-2 — was written by Justice Harry Blackmun, who was appointed by Nixon, a Republican). Everything changed after Trump was empowered to seat three SCOTUS justices — who all testified under oath that they in fact agreed that Roe V. Wade was indeed settled case law. And all three took the first opportunity — in this case, Dobbs v. Jackson — to demonstrate they’d been lying when they said that.

Nonetheless, on Aug. 2 in the swing state of Kansas, voters overwhelmingly sent a message to the rest of the nation: abortion access matters to them. The first state to address abortion rights since the SCOTUS ruling earlier this year, Kansas saw voters trample a proposed amendment to the State Constitution that would have codified a ban on the right to an abortion within the state.

On the ground, this is undoubtedly a big win for pro-choice advocates. But from the air, this sends an even bigger message to the bible-beating anti-choice GOP: “The midterms are coming, and you should be concerned.”

Depending on the poll, the numbers have been clear all along — the vast majority of Americans support a woman’s right to choose. A Pew Research Center report released on June 13 compiled an aggregate of surveys dating back to 1995 and showed that while this has always been the case, it’s even a greater disparity now than it’s ever been: 61% of Americans say abortion should be legal in “most or all cases” as opposed to 37% who say it should be illegal in “most or all” cases. When they added political affiliation as a filter, the disparity became even starker: 80% of Democrats favor legality as opposed to 38% of Republicans who favor illegality.

The GOP has done an exceptional job of whipping its base into a culture war frenzy since 2016, a fact that can’t be disputed. To that end, they’ve had great success ushering ill-equipped, uneducated, bigoted officials into office — such as Colorado’s own District 3 Rep. Lauren Boebert — who exist merely to take up space on Twitter and fan the flames of division.

The results of Kansas’ down vote on the abortion ban amendment are a welcomed reminder that though the Evangelical Christian Right has a death-grip on the GOP, it remains a minority when it comes to the rest of the United States, and if voters can get to the polls come this November, they could see the loss of a lot more than one constitutional amendment in the Sunflower State.

Vote like your freedom to choose depends on it.