A Conversation with Secretary of State Jena Griswold | Community Corner 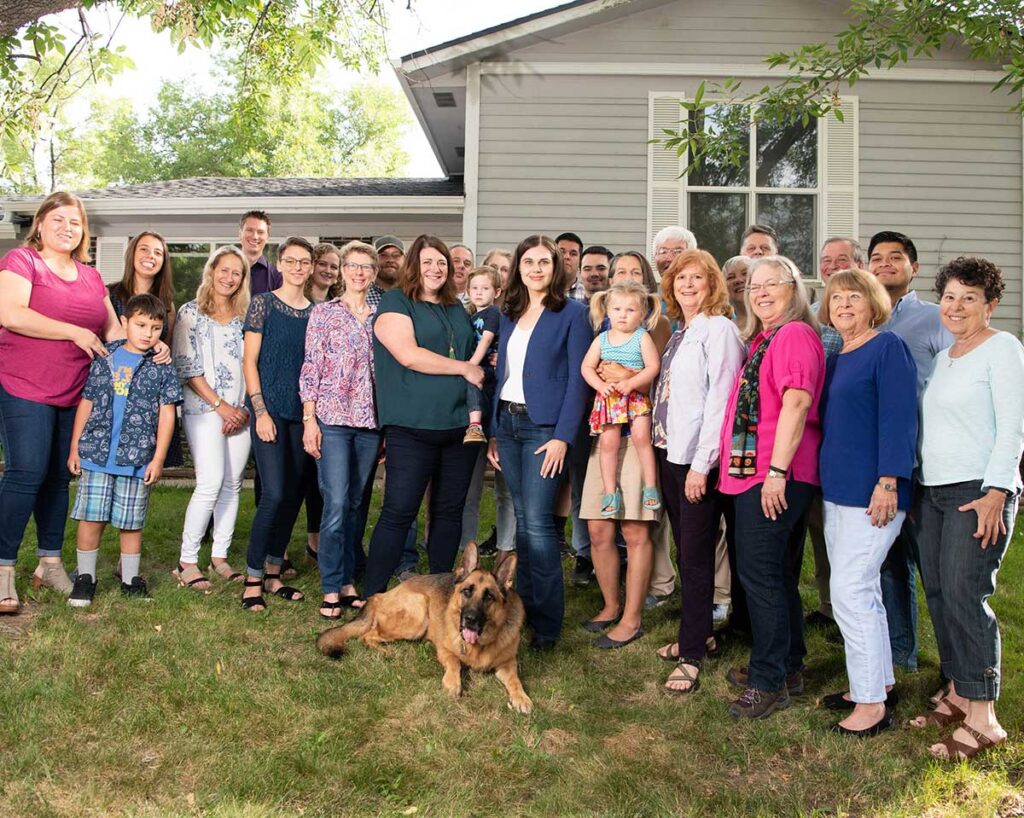 Thomas Rutherford: Thanks for taking the time to speak with me! To start off, I’m interested in how you initially became interested in politics.

Jena Griswold: Well, I’m definitely not the typical person to run for a statewide office. I grew up in Estes Park and Drake, Colorado. The last house we were in before I was out of the house was in the canyon leading up to Estes Park. Most of my formative years were in a cabin with an outhouse outside. There were times when my family was on food stamps. I vividly remember going to the Estes Park food bank, and I started working the summer after seventh grade. I didn’t grow up thinking I’d run for office. Working really young inspired me to be the first person in my family to go to a four-year college, to law school. But it really is the value I bring to this office, that everyday people — no matter if you’re from a town like the one I grew up in or a big city, regardless of your zip code, regardless of the color of your skin or the amount of money in your bank account — we all deserve equal access to make our voices heard. Growing up blue-collar and rural is really the formative experience that I carry with me.

TR: Could you speak to what it was like for you when you actually initially entered politics?

JG: Well, I launched in 2017 running for a seat a Democrat hadn’t won in 60 years. I was running pretty young, and I’d never run for office before. It was what many considered a long-shot race. I became Colorado’s first democratic secretary of state since Eisenhower was in the White House, the youngest secretary of state in the country, and I was to be the first Democratic woman secretary of state. I just feel my job is to get done what I promised the Colorado voters. I led the largest democracy reform package in the nation in my first year in office, and I’ve continued to champion voting rights and protect our elections and election workers every single day in this office.

JG:  I think it’s a mixture. I do think it depends on the audience. I think being the youngest secretary of state in the country for the last four years and, when we win again, the next four, can be really meaningful to younger people because the other candidates are older than me. I think growing up like I did can be meaningful for younger people. I think being a woman can be really meaningful for younger people. But the bottom line is: I hope that people, especially high schoolers and college students can see that you can grow up on food stamps and do things that really help democracy. This country and its voters — everybody has this huge potential to make change. It doesn’t have to be running for office. It could be getting engaged on the topics that are important to them. It could be being role models in their communities. Everybody has this huge ability to do amazing things or things that they are told that they can’t do.

JG: Well, the issue I find most important is protecting the right to vote and safeguarding our elections. In 2019, I led the largest democracy reform package in the nation, and we continue to increase access. For example, I’ve increased dropboxes by 65%. We expanded in-person voting, launched a statewide system so every voter could track their ballots. That increases transparency so Coloradans can see their ballot from when it’s sent to when it’s counted. We guaranteed [voting] access on every public university and tribal lands. We passed a measure restoring voting rights to Coloradans on parole. My office implemented automatic voter registration, which makes our voter rolls more up to date, the elections more secure, but it has also led to the registration of 350,000 Coloradans — Republicans, Democrats, and Unaffiliated, since it was launched in 2020. I’ve been secretary of state in some unprecedented times through an international pandemic, during a presidential election, through an unprecedented attack on voting rights, which we continue to see. I think that no matter what the evolving threat is to our elections, I’ll do everything in my power to innovate and address that.

We did that this year by passing the first law in the nation on insider threats. It’s now a felony to compromise voting equipment in Colorado. We led the passage of a prohibition of open carrying of guns within 100 feet of voting or where you process ballots. We made it a crime to retaliate against election workers. Those are the things that I’ve really tried to champion as secretary of state.

TR: I’ve noticed that you’ve come under quite a bit of media scrutiny for accomplishing what you have. Can you speak to what it’s like having your actions potentially misrepresented in the media?

JG: I’ll always do everything I can to safeguard the right to vote. There are some who will say that safeguarding the right to vote and speaking up in times like this is partisan. I reject that. There is nothing partisan about protecting the right to vote. That’s American. That’s what this is about. It’s about helping ensure that everyday people can choose their elected officials and that those elected officials are voted in by enough of the population so they actually represent what folks want. I reject the idea that protecting our elections and speaking up against voter suppression, or security breaches, or the attempted stealing of an American presidency is partisan. Speaking up to protect elections and voting rights is American.

TR: I want to thank you for taking the time to speak with me. I just want to ask if you have any last  messages before I let you go?

JG: When reelected, I’ll continue to protect the rights of all those Republicans and affiliate Independents and Democrats. I think we can expect the attempted destabilization of elections to continue across the country. We need someone in this office who will always be focused on expanding access for Colorado voters and rising to innovate and respond to emerging threats. It’s an honor to serve as secretary of state, and I look forward to winning a second term and continuing this good work.