What rhymes with ‘Holocaust?’ | Duly Noted 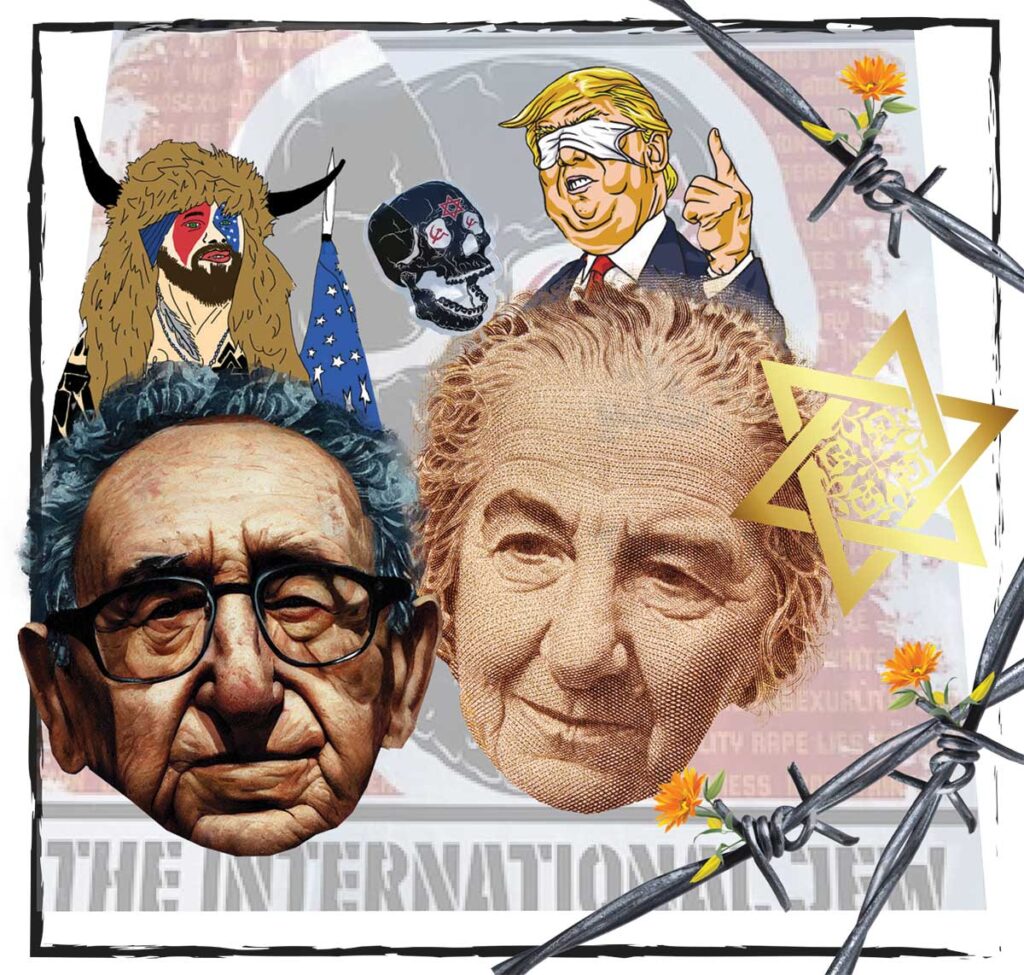 Henry Kissinger, who served as Secretary of State under both Presidents Nixon and Ford, once wrote Israeli Prime Minister Golda Meir (served 1969–1974) a letter. In it, he said he considered himself, “an American first, Secretary of State second, and a Jew third.”

Meir responded, “In Israel, we read from right to left.”

In that perfect response referencing how the Hebrew language is read, Meir encapsulated a sobering truth of what it is to be Jewish — regardless of one’s country of origin. No matter what country we happen to reside in throughout modern history, we have continually found ourselves to be a group of people that has never been allowed to forget that we are an “other.”

And today, that country is the United States of America.

I saw the writing on the wall at the beginning of the Trump era, when the disgraced former President was campaigning against Hillary Clinton. It startled me at the time, because it was such a blatant, obvious thing, and I hadn’t seen it done in such a mainstream manner. He tweeted out an image of Hillary Clinton, superimposed over a pile of $100 bills, emblazoned with a Star of David and the caption, “Most Corrupt Candidate Ever!”

It was an obvious play on age-old antisemitic tropes — regardless of the Trump campaign’s whinging to the contrary at the time. And that was the beginning of a new wave of antisemitism that has reached a fever pitch on U.S. shores we haven’t experienced dating back to WWII. Over the subsequent six years, the Anti-Defamation League and the FBI have tracked a 400% surge in antisemitic incidents. QAnon became mainstream, recasting the Russian antisemitic bible “Protocols of the Elders of Zion” into a new, dog-whistling antisemitic platform. There was Trump’s glad-handing of white supremacists marching in the streets of Charlottesville, Va, chanting, “Jews will not replace us!” There was the deadliest mass shooting at the L’Simcha Synagogue in Pittsburgh, PA where Robert Bowers murdered 11 Jews — some who were living Holocaust survivors — because of his belief in the Trump administration’s ardent lies about Jewish philanthropist George Soros funding a migrant caravan coming from Latin America. A barely thwarted attempt to bomb a synagogue in Pueblo. Myriad antisemitic flyer drops in neighborhoods across the Front Range and the nation at large by another group of neo-nazis claiming COVID-19 was the result of some vast Jewish conspiracy. And on and on. Over the last six years, the Anti-Defamation League and the FBI have tracked a more-than 400% surge in antisemitic incidents. Adjusted per capita, Jews are the most-targeted ethnic group in the United States for hate crimes, bar none.

And now this latest course of event with Kanye “Ye” West, which has catalyzed a nationwide fervor with regard to antisemitism. Ye’s incessant drumbeat of disgusting Jew-hatred, which has resulted in him losing untold millions of dollars in his sponsorships and clothing partnerships with huge brands, has also exposed another sobering truth: there are millions of people who believe his lies.

(It’s important to note — Ye has more than 31 million Twitter followers. The total number of Jews in the world is less than half of that.)

None of this is surprising, as shocking as all of it may be. It’s been building solidly for the last six years as Neo-nazis and white supremacist organizations found a new era of emboldening under their red-hatted umbrella. And any student of history has seen all of it before. Consider the skyrocketing antisemitism of the Weimar Republic’s pre-Nazi Germany, when Jews were attacked by mobs in Berlin and Munich in 1918 amid the German Revolution at the end of WWI. Adolf Hitler didn’t invent Jew-hatred when he launched the Holocaust. He co-opted it.

Mark Twain famously once said, “History doesn’t repeat itself, but it often rhymes.” Where we go from here remains unclear, but this much we do know: Without significant action against this rising tide of hate, we’ll find a new word that rhymes with “Holocaust.”