The Hives
When Garage Rock came back en vogue, its main progenitors were the White Stripes and The Hives. I favor The Hives, probably because they’re a bit more versatile in their approach (they have a full rhythm section, for one thing, as opposed to the guitar-and-drums lineup of the Stripes), and they’re on Madden ’08, which makes them really, really cool. But ultimately, the Swedish quintet purveys that late-punk-meets-old-Stones-and-parties-with-The-Knack sound better than anyone, and who wouldn’t love that?! 8 p.m. Feb. 26 at the Ogden Theater, Denver. 303.830.2525. $20. 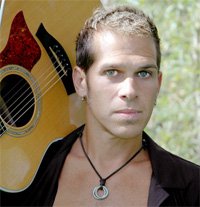 Ten Tiers
Horror genre fans may recognize Jonathan Tiersten from his role in the 1983 cult classic “Sleepaway Camp” (and the yet un-released sequel, “Return to Sleepaway Camp,” which wrapped filming in 2005). Local music fans may remember JT’s late-’90s pop group Bambi’s Apartment. Since the group’s breakup and the filming of the ’05 movie, JT’s back in town, fronting Ten Tiers, which is mostly a vehicle for his own writing and playing—originally conceived to record the album Don’s Club Tavern Part I. Named for the erstwhile dive bar on Sixth Street in Denver, the homage shows off a songwriting quality nearly unparalleled in the Mile High and beyond. It’s easy to imagine Tiersten breaking onto the big time soon. 6:30 p.m. Feb. 24 at West End Tavern, Boulder. 303.444.3535. 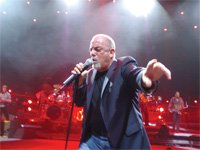 Billy Joel
Billy Joel may be the perfect antithesis to Elvis Costello. Where Costello has long been lauded by critics for his undeniably brilliant song craft and yet never truly appreciated by the masses, Joel’s career is steeped in the reverse. He’s often reviled by the critics, while adored by the legions of fans who have made him one of the top selling artists of all time. The man who brought us “Piano Man,” “Just the Way You Are” and “New York State of Mind” proved that the masses might have something after all. While he’s not breaking much new ground—his 2006 release 12 Gardens Live is a recording of performances touring on his 2005 greatest hits release—he’s still every bit as adored by the masses. And really, who hasn’t jammed out to “It’s Still Rock and Roll to Me” at least once? 7:30 p.m. Feb. 28 at Pepsi Center, Denver. 303.405.1111. $29.50+.