Check Out Your Local Brewery

In anticipation of the Great American Beer Festival next month (who hasn’t been counting the minutes since last year’s event ended), we offer a guide to tasting local beers before the madness begins.

1. Oskar Blues Brewery
The makers of the best canned beer have recently expanded into Longmont, doubling production. You’ll still have to drive to Lyons for a taste of Mama’s Lil’ Yella Pils experimental entry. It’s a pilsner with a German/American twist. 303 Main St., Lyons, 303.823.6685 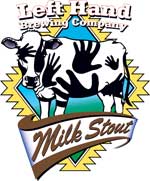 2. Left Hand Brewing Company
While you won’t be able to taste it until GABF week, the Terri-Rye’zd brew is a collaboration between Left Hand and Athens, Ga., brewery Terrapin. Until then, try one of the other nine heading to the fest, including our fave, Milk Stout. 1265 Boston Ave., Longmont, 303.772.0258 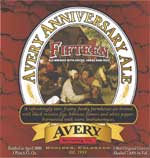 4. Avery Brewing Company
The folks over at Avery were in Hog Heaven last year. The double red ale by the same name took home silver a year ago. This year, brewers are sending eight to the competition. Try Fifteen, an experimental beer featuring figs and hibiscus flowers. 5763 Arapahoe Ave., Boulder, 303.440.4324 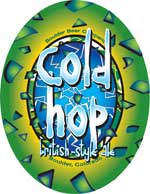 5. Boulder Beer Company
You have to give a shot out to the state’s first micro brewery. Not to mention, these guys are often in the running at GABF. Of the five entries this year, Cold Hop, a seasonal featuring sweet, nutty Brit grains, is the newbie. 2880 Wilderness Place, Boulder, 303.444.8448

6. Mountain Sun Brewery
Two years ago, a local brewer won the Sun’s home brewing contest with his Stoke Oak bourbon stout. The brewery hired him and that beer will now be featured at the GABF. Taste it during the festival week. The Arctic Wheat and Swan Song Pale Ale will hold you over until then. 1535 Pearl St., 303.546.0886; 627 S. Broadway, Boulder, 303.543.0886

The Great American Beer Festival runs Oct. 8-11 at the Colorado Convention Center in Denver. It features more than 400 breweries from across the country. For tickets, visit beertown.org.