When is a Day no Longer a Day? 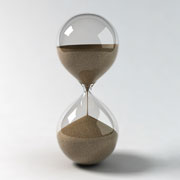 What is a day? Most would say “24 hours” or the length of time from midnight to midnight or 86,400 seconds. All these definitions are correct in as far as they go. But how long is it really?

You see, good old Mother Earth is gradually slowing down. Friction from tides is the big culprit, but how mass is distributed around our globe in the forms of water and ice (or lack thereof), as well as shifting tectonic plates (earthquakes), have an impact, too. And let’s not even get started on the fact that, due to the elliptical orbit of our planet, in clock time, the earth can take longer to spin all the way around in a day depending on what month it is.

Because of this gradual slowing down (we know thanks to atomic clocks and precise astronomical observations) and because the definition of a second is a bit off, the world has (since 1972) been adding seconds to our official time (Coordinated Universal Time or UTC) to keep our wall clocks in sync with the spin of the earth. But because the slowing isn’t consistent—some days our watery ball spins milliseconds faster than others—we have only added 34 seconds in 40 years.

Adding a second every couple of years (the last one was in 2008 and before that in 2005 and then again back in 1998) isn’t like moving the hour hand back and forth twice a year so we can see to mow the lawn after dinner in July. It’s more akin to Leap Years—where we add a day to the end of February every four years because the earth actually revolves around the sun in 365 days and six hours— only
more random.

But the powers that be (officially the International Telecommunication Union) are set to vote on whether or not to get rid of leap seconds at its meeting in January in Geneva, Switzerland. This group sets standards that the world uses to keep things like the Internet, cell phones and the Global Positioning System running like, well, clockwork. The leap second has been a pain for telecommunications companies for years because it’s a sporadic event. It’s easy to program software to adjust for daylight saving time and leap years because we know they will happen and when; with leap seconds, not so much.

So what happens if we get rid of the leap second? First of all it won’t take effect until January 2018. And we may not miss the ditzy TV reporters trying, with mixed results, to explain the event (which typically happens on New Year’s Eve when the extra second gets slipped in between gulps of Champagne) to viewers who will never notice.

However, over the span of 100 years, our original timekeeper, the good old earth, will have gotten behind by about a minute compared with today’s super accurate clocks. One proposal is that we would have a leap minute to get us back on track, but no one alive today will have to worry about that (kind of like funding Social Security).

The idea of getting an extra minute at some point in the future makes it fun to think about how one would spend it. A second is rather fleeting for such a “what if” exercise, but there’s a lot you can do in a minute. I think everyone should get to say anything to anyone with no consequences. A comment like: “Honey, those jeans make your butt look HUGE!” would just roll off and be forgotten in a leap minute. Like it never happened.