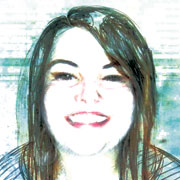 Because I’m a glutton for punishment, I recently read Yellow Scene’s Yelp page. There’s only three, but one reviewer obviously is not a fan. Specifically, the review noted an error in our recent dining guide and claimed that we favor our advertisers.

First of all, I use Yelp, and I respect the form of criticism. While I would disagree with the reviewer’s points, I respect his desire to express his opinion. We dole out criticism, so we should know how to take it, and in this industry, complaints are just a part of life.

But still, it reinforced my philosophy that people generally don’t understand how to work with the media—and thusly, use the press to their benefit. So, I’ve decided to turn this month’s column into a working man’s guide for working with journalists.

Rule #1: Communicate. I occasionally hear from a disgruntled few that the magazine did not plug their new chef or that our camp guide did not include their new summer classes. As journalists, we work diligently to keep our ears to the ground and our thumb on the pulse, but it’s nearly impossible for us to just know. My response is usually “Oh man, I think my ESP is off.” If you have something newsworthy, email me or my editors. Put a message on our Facebook page, tweet it, or pick up the phone.

Rule #2: Know your media. If you or your business is looking for some press, check out the editorial calendars for local publications (ours is in our media kit, which you can find on yellowscene.com under “advertise”). Here, you can see when a relevant issue or story is approaching. Then, pick up the phone and give us a little pitch. Tell us why you would be a perfect candidate for our Chef’s Issue or why your school should be mentioned in the Smart Issue.

Rule #3: So, we got something wrong? Almost every publication works incredibly hard to get things right. But alas, we are only humans, and the occasional error can find its way into print. If you catch an error, let us know! Sometimes, we have no idea we didn’t get it right. If it’s a factual error, then we will include a correction in the next issue and change it online. If a reporter really got it wrong, then you can at least blow off some steam on their voicemail.

Rule #4: Don’t jump to conclusions. I know you think the reporter in question had it out for you—the error was a passive aggressive attempt at getting back at you for something—anything!

That’s probably not the case. I can’t speak for every journalist, but I’ve worked for daily and weekly newspapers as well as magazines…and I’ve seen a lot of journalists make errors. The truth is: Reporters rarely make mistakes based on malice. That would be illegal, and we really don’t get paid enough to seek out lawsuits.

Rule #5: Write a letter to the editor. To the chagrin of some of my writers, I happily run letters to the editor that include harsh criticism of our content. I enjoy diversity of opinion, and I love that readers keep us on our toes. If something in the publication made your mad (or, heck, if you really enjoyed something), let us know. We are constantly looking for ways to improve and become a more valuable resource for our readers.