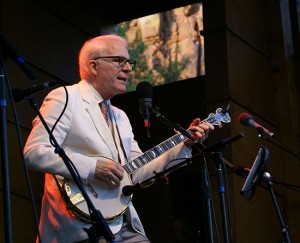 There was a time when summers were made up of sun-drenched days spent standing zombie-like in front of a stage. They would leave me tired, dehydrated, foot-sore and alive with the music and lyrics from countless big-name and non-name musicians. Crowds of melting pot proportions sang, danced and partied to the anthems of summer. Only at a huge music festival can you see Dave Mathews, Devotchka and Gogol Bordello on the same day.

I miss those days. What happened to them? The Mile High Music Festival is gone. So is Monolith. Sure, both fests had their issues: Mostly, they just weren’t drawing crowds and, in Mile High’s case, location was a problem. Both went on for three years and then boarded up their proverbial windows and bolted their doors shut. Whether their closures are permanent, only Chuck Morris of AEG knows.

Their absences leave a void: Colorado has no destination musical festival that ranks with the likes of Bonnaroo, Coachella, Summerfest in Milwaukee and Outside Lands in San Francisco.

And to that I say, harumph.

Sure, Mile High kind of felt like a shade-less wasteland of teenagers, sweat and inescapable heat. But it also brought together a respectable variety of musicians. Monolith introduced plenty of indie bands to ravenous Centennial State audiophiles.

In good news, we do have plenty of bluegrass and folk festivals to keep us hoping throughout the summer (as long as you can get a ticket). I’ll thank the folks at Planet Bluegrass (pictured above) for that. We can also satisfy our music festival craving with the Jazz Aspen Snowmass music festivals, the Westword Music Showcase, NewWestFest in Fort Collins, the Denver Post Underground Music Showcase, and the Rocky Mountain Music Festival, among others. Admittedly, there is no lack of live music in Colorado during the summer. But there could always be more.