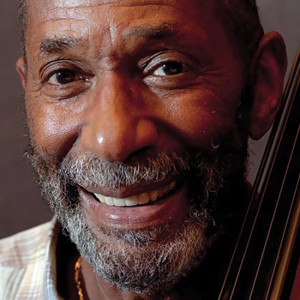 There’s a reason jazz bassist Ron Carter is the most prolific player on the planet. He’s that good. He’s won every award there is for a musician, and he teaches at Julliard. From the heady breakthrough days of the Second Miles Davis Quintet to his work on what was arguably the seminal hip-hop album of all time, Carter’s playing has spanned as many decades as genres, and all have been improved by his contributions. Here he talks about playing with Q-Tip, living through the Civil Rights struggle and what he’d do with a time machine.

French Davis: The first time I “discovered” you was listening to Tribe Called Quest’s album, Low End Theory, on the track “Verses from the Abstract.” Did it occur to you at the time that this gig might be introducing you to an entire new generation of fans?

Ron Carter: I was aware of the possibility—I knew these guys were at the forefront of what they were doing, but I didn’t go into it looking for that. It just turned out to be something a little more than what I thought might happen.

FD: Have you ever figured out how many albums you’ve been on?

RC: Well, every once in a while someone sends me one I completely forgot I was on, so, I’m never totally sure, but I’m comfortable saying it was around 2,000, give or take a few.

FD: You grew up in the Detroit area in the ’40s and ’50s. Did the setting influence you as a player?

RC: Not really. When I left Detroit, I was 17, 18 years old. In Detroit I was only a classical player. … When I got to New York, the scene there certainly affected me, in terms of what I thought was possible. So many great players were here, like Paul Chambers, Sam Jones, Red Mitchell … Mingus was still here. There was this wealth of bass players to follow, and that definitely affected my process.

FD: Reading Miles’ autobiography creates the sense that drug use was prevalent all over the scene then. How did you steer clear?

RC: Well I was a very good athlete in my youth, even played one year of college basketball at a pretty decent skill level, so that helped. And for me, music was so important. It was such a focus for me that drugs never entered into my point of view at all.

FD: Your big break with Miles Davis took place during the height of the civil rights movement. Did all the social upheaval inform your playing then?

RC: Well, of course it certainly affected my social attitude. But I don’t think it really had an impact on my playing. Most of us at the time weren’t having it affect our performance level. I mean, we were in California at the time of the Birmingham church bombing that killed those four young girls. And it affected us terribly. But we didn’t play with anger or vitriol. Critics were eager to single out bands that were being political in their music at the time, but that wasn’t us—certainly not me.

FD: If you had a time machine, which group would you go back and play with again?

RC: I’d play with all of them. I’ve gotten better over the years and would like another shot at it if possible.