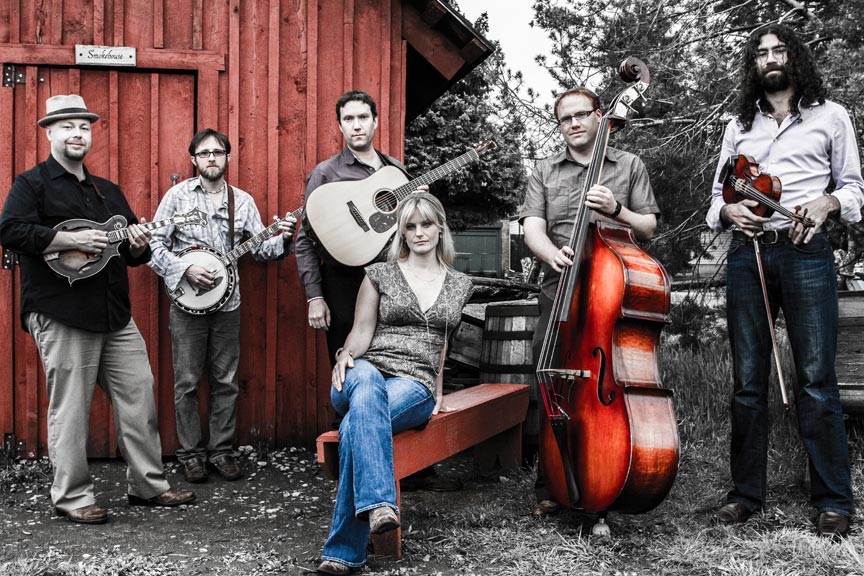 Local bluegrass band Ragged Union Bluegrass, based in Golden, will be playing four local shows through Halloween and November, and more in December. Seems like as good a reason as any to have a chat with founder Geoff Union…N

Yellow Scene: When did the band form?

Geoff Union: Ragged Union is kind of a new band. We got started about this time last year. I think we did our first show on the front range in November of 2013. I had been living in Austin, Texas, for almost 20 years and had just moved here about this time last year with my wife Christina. We took the leap and put some shows together, and came up here and started looking for some players. I’m currently based in Golden.

YS: Describe the sound. Are you guys pure bluegrass?

GU: We do a slightly more traditional version of bluegrass than some of the other bands around here, but what I like to do is an up-tempo, driving sound with a hard driving rhythm. We focus on the singing – my wife and I sing so we do a lot of duets and a lot of there-part harmony stuff. We do some traditional numbers, some bluegrass covers, but we try and look for ones that are off the beaten path – a little more obscure that maybe folks haven’t heard a million times. And then we do maybe 65-70 percent original material. I like to shoot for an outsider’s songwriting approach. Instead of writing songs about the standard country themes of love, loss, drinking and whatever, we’ll write about all kinds of weird stuff – weird, obscure history, other personal experiences that are not necessarily related to relationships, and so we try to take the traditional approach to bluegrass and doing our own thing with it, making it our own sound. We go for the high lonesome singing and we have really good players in the band, really good sidemen, and we try to do some unique songs, and take that genre and make it interesting, make it our own.

GU: Like I said, it’s a hard-driving, up-tempo sound. It’s exciting. You get a lot of singing, a lot of really powerful vocals. The cool thing about bluegrass the way we like to do it is you get everybody singing towards the top of their range really loud, and that’s what creates that really powerful vocal blend. The picking is all really high quality, so it’s really exciting as far as everyone’s instrumental prowess. It’s good for folks that are more into listening to the music, and folks that want to have a good time and maybe have a few drinks and party, dance a little bit. There plenty for them too. We keep it movin’ and groovin’.

YS: Do you have any plans for the four sets?

GU: At the Halloween show, we’re doing a costume contest. We’ll be giving away some prizes for best costume, sexiest costume, and we might even have one for the worst costume. The Fox Theatre show were excited about because that’ll give us a chance to perform for some of the younger crowd in Boulder that we don’t get to a whole lot. We may sneak out a surprise cover – turn people on to something they may be a little more familiar with. But we’ve been working on a new album, our debut album, in the month of September, and we’re in the process of finishing that but we have a bunch of new material so we’ll be focussing on performing some of that new stuff. To a lot of people out here, it’s all new because even the covers that we do are kind of obscure. The new original stuff is a lot of fun and unique. We’re gonna do our thing. Hit that powerful drive and those lonesome harmonies, and see if the people like it.

GU: We have another Denver show in December, and then we’ll be working on finishing the album and doing what we need to do to get it released. We’re going for a national release and radio. Here in Colorado, there’s a lot of jam-grass and whatever, but we’re a real bluegrass band so we’re going to pit this thing out on the east coast and send it to all the bluegrass radio stations. We have a lot of work to do to get that ready. February, we have some festivals coming up. The Mid Winter Bluegrass Festival, and some of the Bluegrass Society events. We’re just gonna look to put some shows together for the CD release, then playing some festivals in the summer. We just got back from a short trip to England, and we’d like to go back there.