A brief chat with the Dustbowl Revival 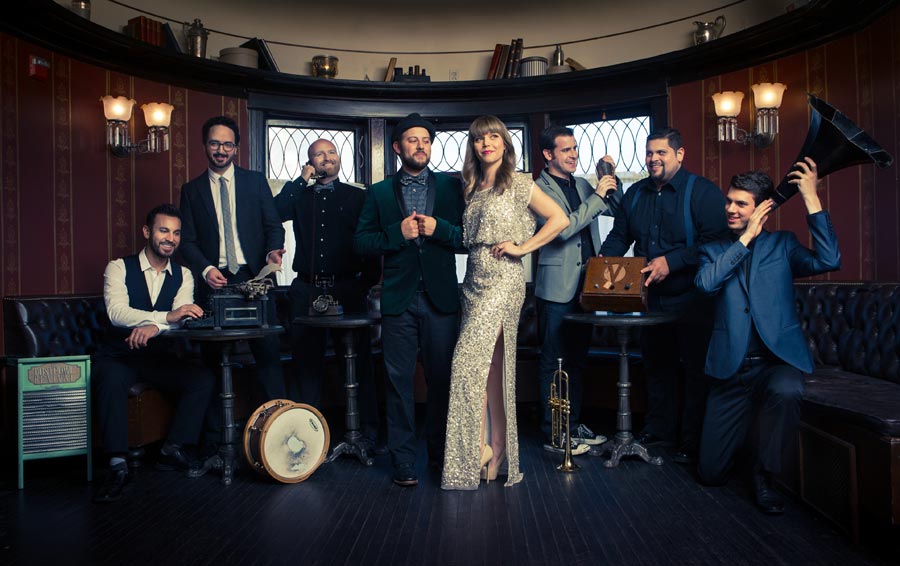 LA roots band the Dustbowl Revival play the Oriental Theater in Denver on November 20, so we spoke to frontman Zach “Z” Lupetin about what we can expect…L

Yellow Scene: When did the band start, and what were you looking to do?

Zach Lupetin: I moved out to Los Angeles from Michigan in 2007, and I wanted to put together a group that mixed together a lot of different styles of American folk music – New Orleans brass band music, bluegrass, blues, gospel – and I started getting people together in the blossoming LA roots scene, and it’s sort of taken off from there. People all recommend each other in this little community, so it’s been a good time to do this music in California. There’s a good circuit. So we started doing that, and then we started touring more nationally around 2010. We’re actually going to Europe next year. We’re slowly getting a bit bigger every year. It’s been fun.

ZL: I would say it’s a youthful, fresh take on old Americana. We are playing songs that sometimes go as far back as the Civil War, reinterpreting various traditional tunes and then rewriting the lyrics, adding brass and drums and all that stuff. We have our own original songs that I would say are a mash up between string band and brass band. It’s almost like two bands in one, and we have musical conversations going on throughout the show, with the trombone and trumpet interacting with the fiddle and mandolin. It’s fun. It’s definitely something that people don’t expect to see, typically.

ZL: We’ve only played there once, and we definitely had some folks and friends who have been asking us to come back. We’re going to be playing in Colorado a lot more in the next six months. We’re playing a whole tour throughout Colorado in November, with the Denver show being one of the biggest. We’re coming back for the Winter Wondergrass Festival in February. We hope to be more present in that scene because it seems like people really embrace this kind of music there.

ZL: Every set that we do is a little different. The energy we bring tends to be in the flavor of a vaudeville show. There are songs that have comedy and punchlines, and we have a conversation with the audience throughout the show. We take them through this tour of songwriting from the different eras. A lot of times, we’ll get the feel of the crowd from the first few songs, and the set list grows organically from there.

ZL: We have a big East Coast and Mid West tour in mid January that starts with this Colorado tour. It’s going to be like the Blizzard Tour, where we’re playing a lot of cold weather places. We’re going to go to New York, up to New England, Canada, and come down through Chicago and different places like that. There are some festivals – we’re going to be doing Colorado, and Winter Grass in Seattle. Lake Tahoe as well. We’re going to be all over the place next year.