Is Marijuana Reform Inevitable Under the Trump Administration? 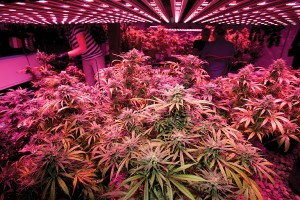 In 2012, Colorado citizens voted to become the first state to legalize weed for purely recreational purposes, leaving the federal government in a bit of a conundrum. Marijuana is still considered by the federal government to be more dangerous than cocaine, so what was it going to do about the eruption of grow operations? One solution would have been to reclassify marijuana out of Schedule I — the list of drugs like heroin considered the most dangerous and addictive — but that didn’t happen because of entrenched opposition from the Drug Enforcement Administration and an apparent lack of desire at the White House to go to war with its own DEA. Instead, the Department of Justice wrote a memo as a short-term work-around, drafted by deputy attorney general James Cole.

A Sessions-led Justice Department could jettison the Cole memo, a 2013 Justice Department declaration that signaled the federal government wouldn’t crack down on marijuana sellers in states where it is legal. The administration could also appoint US attorneys who are against drug reform.

The legal marijuana industry, which is anticipated to top $6 billion in sales this year, also has reason to fear Sessions, but its response has been much more subdued. The National Cannabis Industry Association, the industry’s largest lobby, released a statement saying that it looked forward to working with Attorney General Sessions. It seems they believe it’s safer to weather his tenure at the Justice Department than to fight it.

Under US law, marijuana possession and distribution is illegal, but how Sen. Jeff Sessions will enforce that law as the nation’s attorney general is not immediately clear — especially after the topic was raised during his Senate confirmation hearing.

Sessions declined to say whether he’d adhere to the more lenient marijuana enforcement guidelines adopted by the Obama administration’s Justice Department in states that have legalized medicinal or recreational marijuana use.

“Would you use our federal resources to investigate and prosecute sick people who are using marijuana in accordance with their state laws, even though it might violate federal laws?” asked Senator Patrick Leahy (D-Vermont).

“I won’t commit to never enforcing federal law, Senator Leahy,” Sessions replied. “I think some of [the Obama-era guidelines] are truly valuable in evaluating cases,” he added. “Using good judgment about how to handle these cases will be a responsibility of mine. I know it won’t be an easy decision, but I will try to do my duty in a fair and just way.”

In prior statements, Sessions has been firmly critical of the Justice Department’s approach on the issue. In an April 2016 Senate drug hearing, Sessions said, “We need grown-ups in charge in Washington saying marijuana is not the kind of thing that ought to be legalized, it ought to be minimized, that it is in fact a very real danger. You can see the accidents, traffic deaths related to marijuana,” he said. “And you’ll see cocaine and heroin increase more than it would have, I think.”

And so far, Congress has shown no interest in trying to stop the Sessions nomination, at least not on this issue. Even members who are in favor of protecting states from federal interference on the marijuana issue have said they support Sessions’ confirmation as attorney general. Without any restraint from Congress, the only thing that could stand in Attorney General Sessions’ way of launching a new front in the marijuana wars is the president-elect.

President-elect Trump has given mixed signals on marijuana laws. He has spoken out about the negative effects of making marijuana recreationally available, but has said that changes to marijuana law should be handled on a state-by-state basis.

Though it is possible that a slightly more restrictive ‘Sessions Memo’ will replace the existing Cole Memo, Trump’s tendency towards populism has at least buoyed the spirits of some legalization supporters.

One thing is for certain: With one-fifth of the US population living in states that have legalized, the federal-state conflict over marijuana will likely only get more intense.